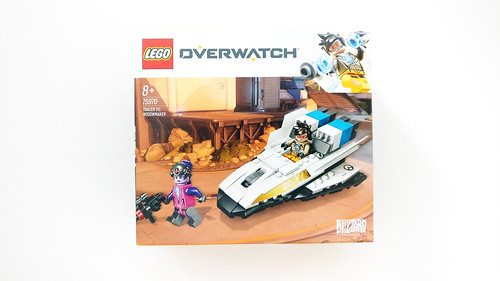 When the LEGO Overwatch theme was first announced back in May, I literally had to sit down at work and soak it all in. There was no actual reveal of the sets by LEGO themselves as we found them using some tricky methods. The LEGO Overwatch sets will be coming out in a few weeks and we were lucky enough to get our hands on the sets ahead of time thanks to LEGO. The first set I’ll be taking a look at is Tracer vs. Widowmaker (75970). It has 129 pieces and retails for $14.99 which is a little high but let’s check it out and see if it is worth the price. 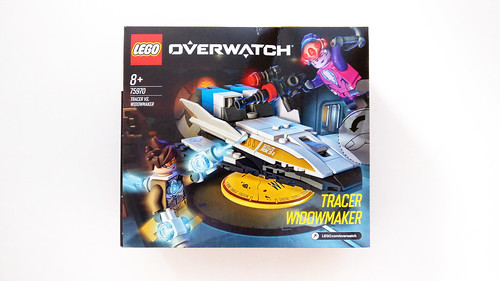 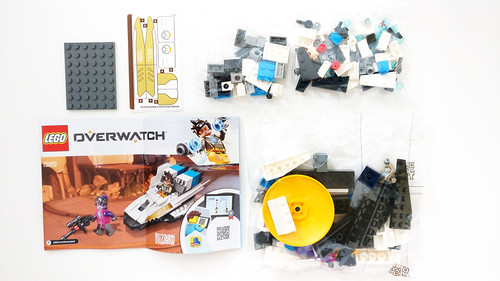 The mascot of Overwatch is Tracer who has the ability to time jump. The torso shows her with a tan colored bomber jacket with her chronal accelerator in the middle. The back of the torso shows the back part of the accelerator which is connected on a harness. The leggings are a darker shade of yellow with some strap printing on the upper thighs. She has a double-sided head with a happy smile on one side and a smirk on the other. What I like about the Tracer minifigure is her signature spiky hair piece which is a new one. 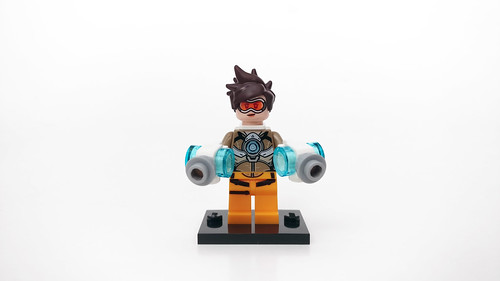 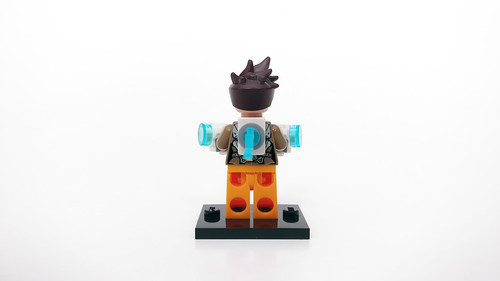 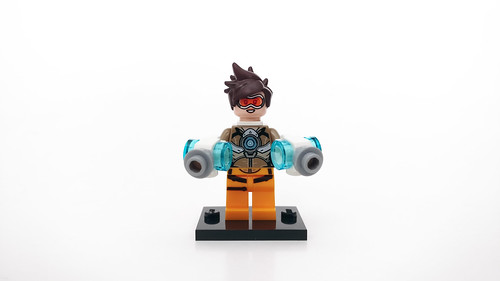 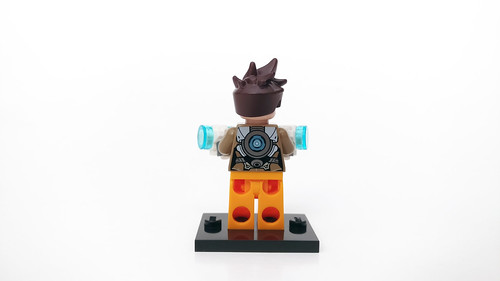 She also wears a white neck bracket with a lighting piece attached to show her zipping through time. 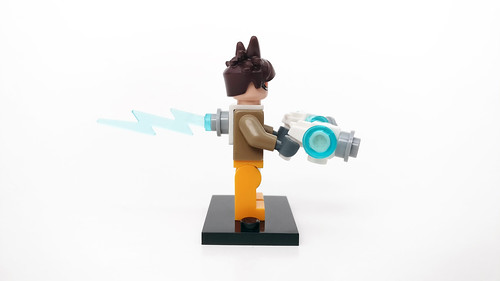 Her accessories include double Pulse Pistols which are also new pieces that are introduced in the LEGO Overwatch theme. 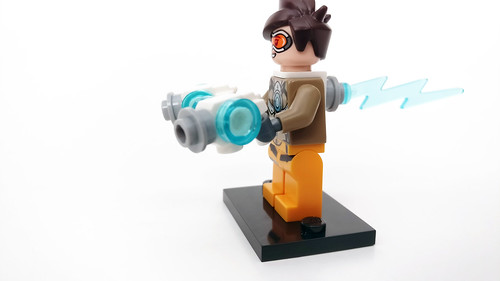 “One shot, one kill.” – Widowmaker

Widowmaker’s has on her default skin which is a pink and purple bodysuit. The back of the torso has printing of a black widow spider. She has a double-sided head with a stern look on one side and a wink on the other. Her hair piece is a purple ponytail with her recon visor also molded on to it. 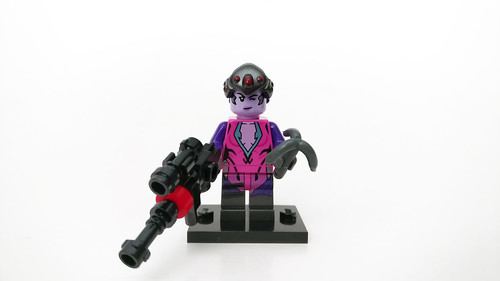 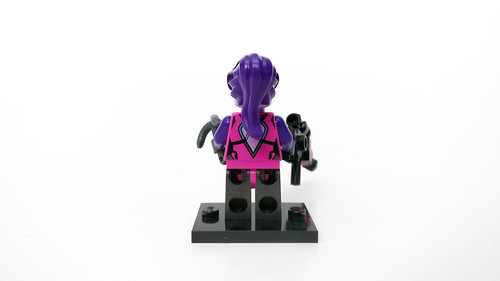 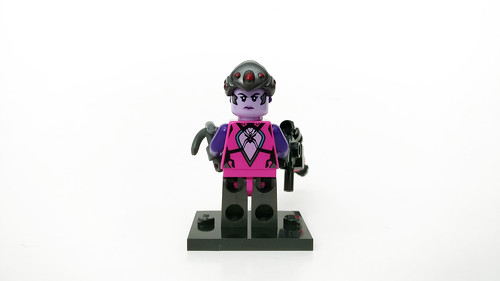 Her accessories include Widow’s Kiss which is a sniper rifle that also doubles as a automatic rifle. Again, it uses the new gun piece with some lightsaber hilts representing the sniper barrel and the scope. Her other accessory is her grappling hook. 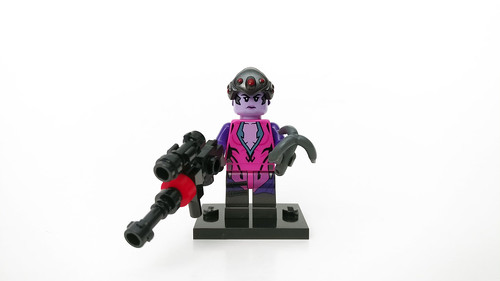 This set is based on the Watchpoint: Gibraltar map but more specifically the payload which is a XR-9 satellite drone. The drone has the shape of a small shuttle and it doesn’t look too bad especially with the color scheme. 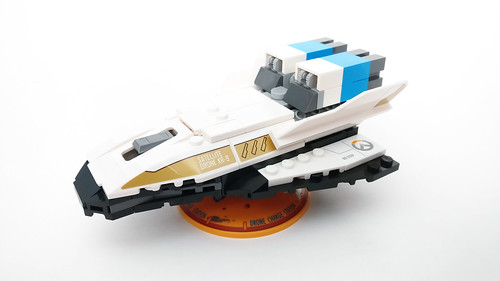 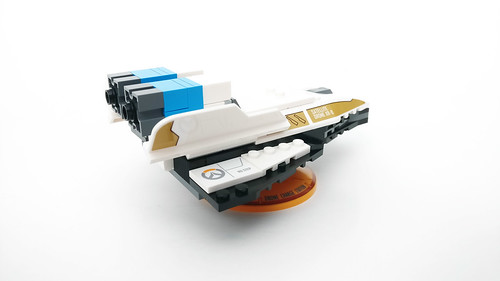 There are eight stickers that are spread throughout the ship and it’s something that I don’t mind. They give some required detailing that matches up with what’s seen in the game. 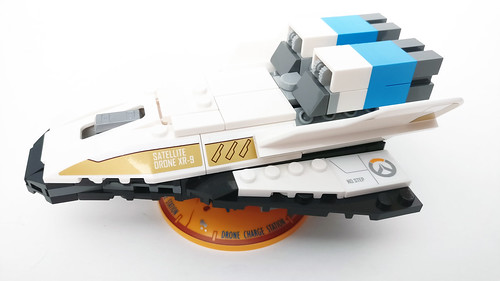 You can remove the two 2×3 white tiles in the middle of the payload to reveal a small cockpit area complete with a printed dashboard. The game doesn’t actually let you jump in the cockpit when you’re on the payload so this is more of a play feature for kids rather than being accurate to the game. 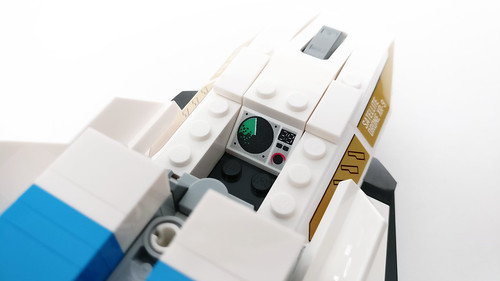 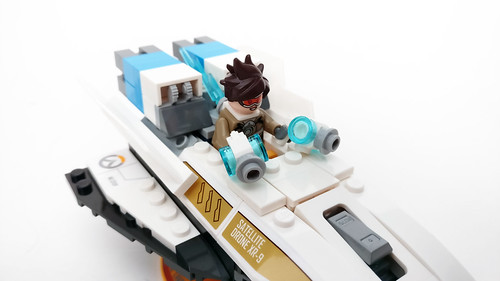 The back of the drone has two large thrusters and there’s a box in the back to hold a printed health pack piece. There’s also a pair of rear wing stabilizers that are able to move slightly. 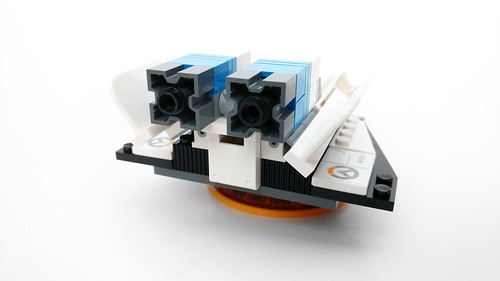 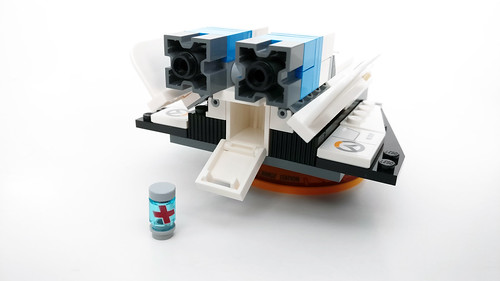 Lastly, there’s a 8×8 printed dish piece for the drong charge station with the large letters WP-G to represent Watchpoint: Gibraltar. I don’t remember a drone charge station in the game so this mostly serves as a stand to make the payload a display piece. 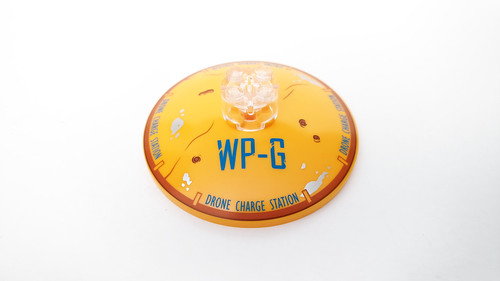 Tracer vs. Widowmaker (75970) is a pretty decent set and the price point is on par of what we get with other licensed sets. The minifigures are the main draw here as they look pretty much perfect. The satellite drone payload is a nice addition and it doesn’t look too bad either. It actually connects to rocket in the other Watchpoint: Gibraltar (75975) set which I’ll take a look at in a few weeks. 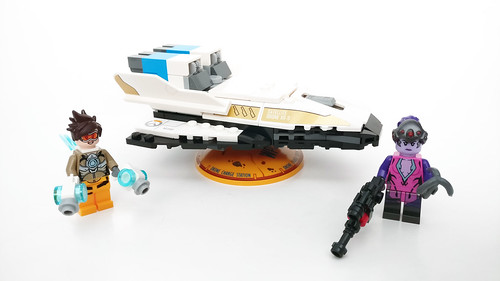