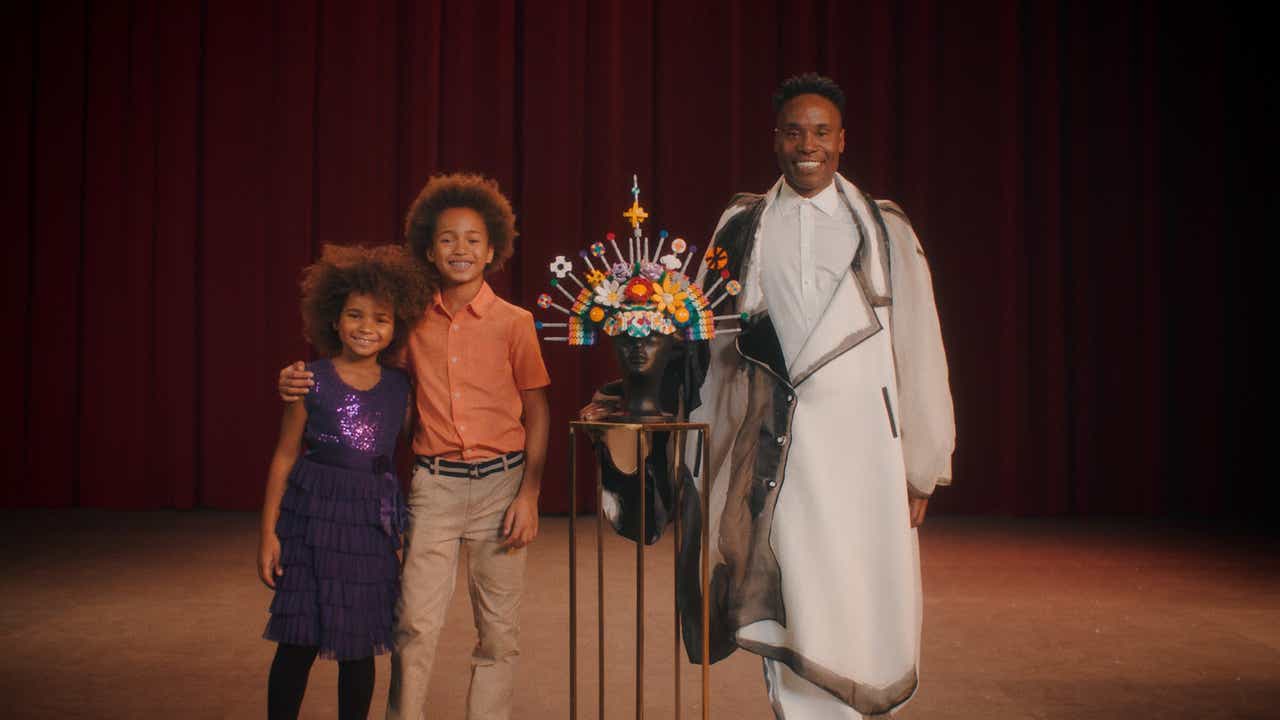 In the second episode of the LEGO Rebuild the World Creators series, actor and singer Billy Porter teams up with a couple of kids to build something creative or the campaign. Together, they design a crown that express their personalitites and promoting self-love. Check out the video below.

• The second in a new series of four films sees stage, screen and fashion icon Billy Porter showcase his new red carpet look inspired by self-love, happiness….and two children!
• Each film explores the importance of play and creativity and debuts new work from world-renowned creators, inspired by the creativity of children
• The films follow the creators’ process as they explore the unlimited creative possibilities that can be unlocked through LEGO® play

In the new film released today by the LEGO Group as part of the Rebuild the World campaign, the creator famed for his killer red carpet looks gives viewers a glimpse into his design process. In a first for Billy, he called on the creative superpowers of kids to help inspire his most ambitious headpiece yet.

The LEGO crown is a tribute to self-love and free creative expression. It was created by Billy after he met Clint, 9, and Josey, 8, in the United Palace theatre on Broadway, New York and explored creative ideas for the headpiece through LEGO play. During the process of building, unbuilding and rebuilding, the trio inspired each other with creative possibilities as a vision for the crown was born.

The resulting rainbow crown is made from over 12,000 LEGO bricks and features purple roses, giraffes, skyscrapers and rainbows, inspired by the creative brief developed by the two children.
Image of Billy Porter standing with two children and their LEGO crown

The film showcases the magical moment Billy unveils the headpiece to the children, celebrating what is possible when given the freedom to experiment, break the rules and learn through LEGO Play.

Commenting on his new crown, Billy said: “As I’ve grown older, I’ve learnt that people start to really shine when they feel free to express their creativity and their dreams freely. It’s taken me a long time to build my creative confidence and start to perform and design in a way that truly reflected who I am, so it was really refreshing to meet Clint and Josey and see how confident they are with their imagination – and look at what their ideas inspired, it’s spectacular.”

Two more films featuring world-renowned creators from the fields of design, fashion and music will be released throughout the first half of 2021. The first film featuring award-winning US perspective artist Alexa Meade, can be viewed at LEGO.com/RebuildtheWorld. Each film will explore how LEGO play helps to inspire new creative possibilities for the artist.

The Rebuild the World campaign celebrates the creativity of children, inspires them to imagine a better world and showcases how play helps them develop skills such as self-confidence, resilience and collaboration that they need to be successful in it.