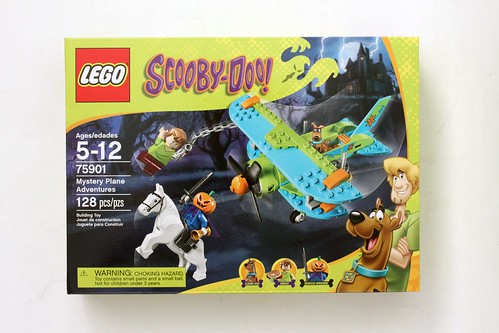 In my next review of the LEGO Scooby-Doo sets, I have the Mystery Plane Adventures (75901)

. It only contains 128 pieces but it retails for $19.99 which is fairly high. The contents of the box include two numbered bags, one instruction booklet, and a sticker sheet. 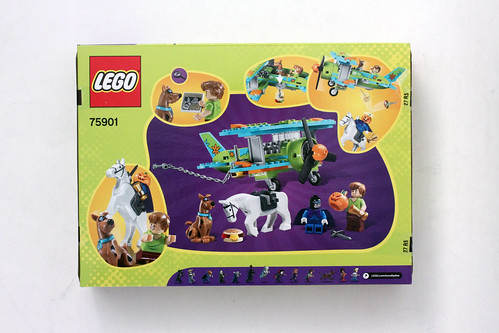 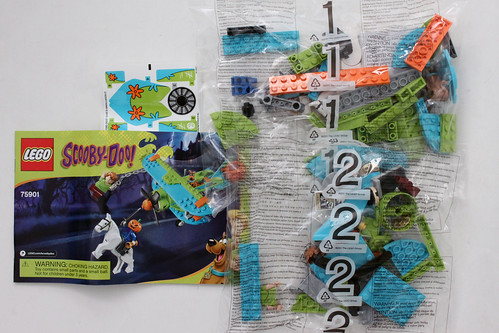 There are three minifigures in the Mystery Plane Adventures set: Scooby, Shaggy, and the Headless Horseman.

This version of Scooby-Doo has him in a sitting position. He still has the printing we’ve seen before with the black spots and the dog collar. Scooby’s head is exclusive to this set which features him with some goggle printing. 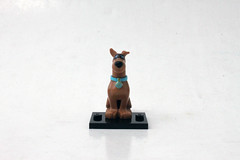 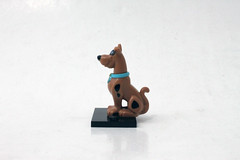 Shaggy is the exact same minifigure as in the Mummy Museum Mystery (75900). He has his usual outfit with the green shirt and dark red pants. His facial expressions includes a smile on one side and a scared look on the other. His accessory is a 2×2 tile with a clue to solving the mystery of the stolen trophy. 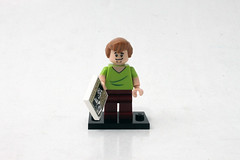 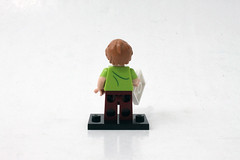 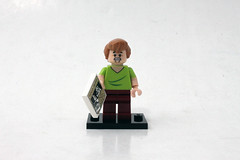 Finally, the main reason to get this set is for the Headless Horseman minifigure. He wears the blue and purple outfit with cape that was seen in The Headless Horseman of Halloween episode. The pumpkin head mold is very detailed with the carvings and the green stem. The Headless Horseman’s identity is revealed to be Elwood Crane who only has a single-sided head. The printing on the face is very accurate to the cartoon with the plump face as well as the goggles. His accessory is a sword and the pearl-gold trophy piece. 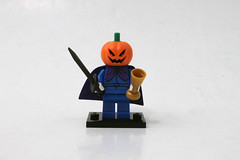 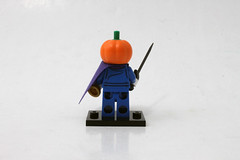 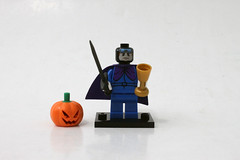 Also included with the Headless Horseman is the white horse he rides on. It’s nothing too spectacular but it does come with a saddle and a brick to fit in the gap if you remove it. 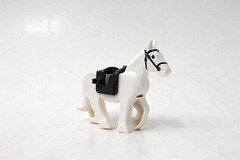 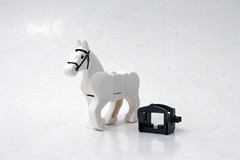 The main build of the set is, of course, the Mystery Plane itself. The biplane has the same color scheme as the Mystery Machine with the light blue and lime green. The front of the plane has a rotating propeller with a sticker behind it to give the illusion of it spinning. 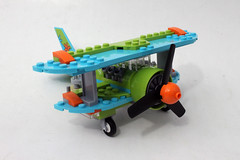 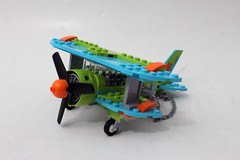 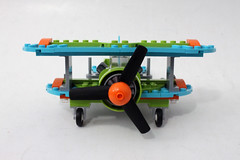 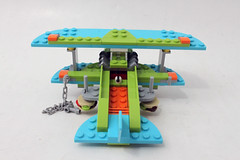 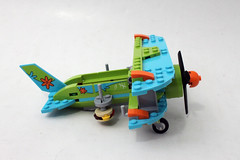 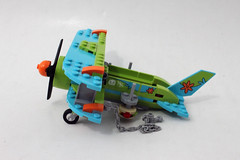 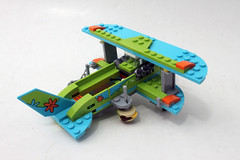 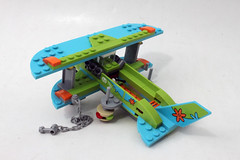 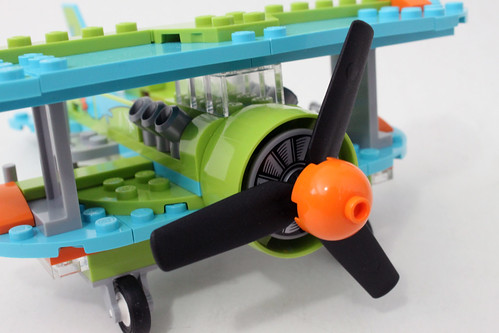 In the middle of the plane, the cockpit can fit both Scooby and Shaggy. There’s an action feature on the sides where you are able to drop a couple of burger bombs from the pin hole. Yes, flick-fire burgers. There’s a chain on the left wing that Shaggy can attach to so he can drop in on the villain. Finally, there are a some stickers on the sides and tail of the Mystery Plane which look pretty nice and doesn’t take away from the build. 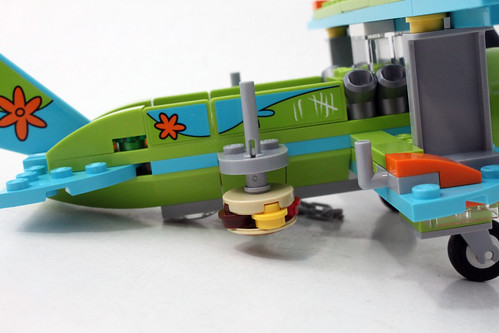 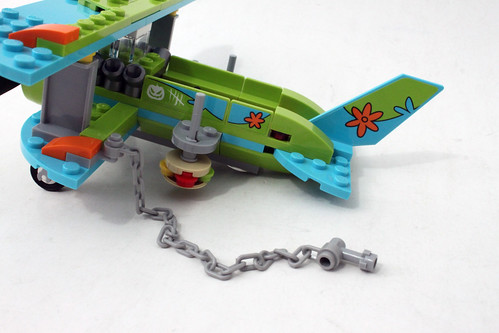 . The Headless Horseman minifigure is top-notch and is the main reason for picking up this set. He is exclusive to this set and there will probably be demand for him. Shaggy and Scooby doesn’t have much appeal since Shaggy is the same one in another set while Scooby has limited uses with the head piece.

The plane itself is pretty simple but it does have play value with its swooshability and burger bombs. However, it’s still a little small for the price of the set. There are some larger pieces on the plane which may warrent the price. I recommend that you pick up the Mystery Plane Adventures last out of all the LEGO Scooby-Doo sets unless you really want the Headless Horseman minifigure. 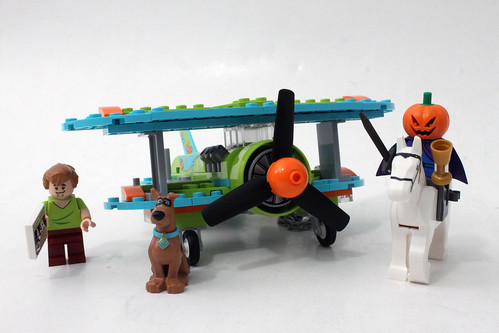