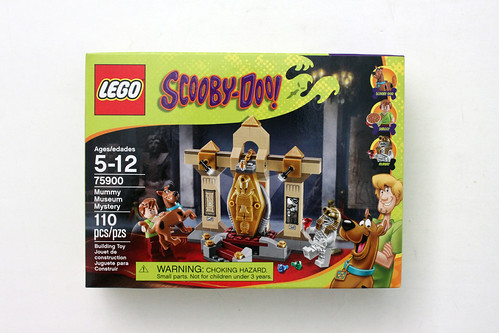 In my second review of the LEGO Scooby-Doo sets, I have the smallest set in the wave, the Mummy Museum Mystery (75900)

. The set contains only 110 pieces and retails for $14.99. The contents of the box include three un-numbered bags, an instruction booklet, a small sticker sheet, and a loose 4×10 plate. 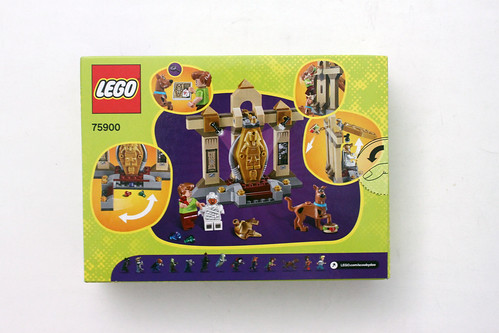 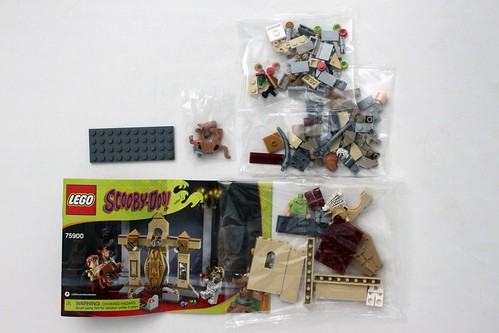 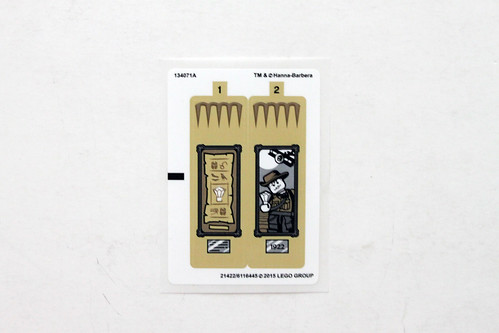 The main draw of the Mummy Mystery Museum (75900) are the three minifigures that are included: Scooby-Doo, Shaggy, and the Mummy.

Shaggy has the same green shirt torso and dark red pants as in some of the other sets in the wave. The main difference is the head piece. For this set, he has a smirky expression on one side and a scared look on the other. The hair piece is the same one as in every other set. His accessory is a 2×2 tile filled with clues. 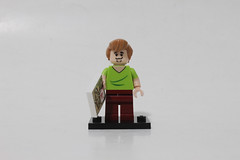 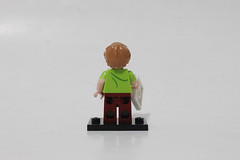 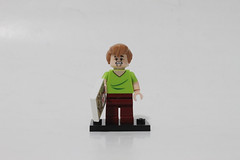 This version of Scooby-Doo is the standing variety with one paw up. The head is the normal one with no teeth showing on one side of the face. Of course, there’s also the blue diamond-shaped collar with the SD initials. 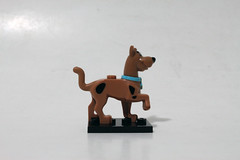 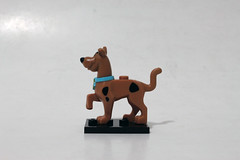 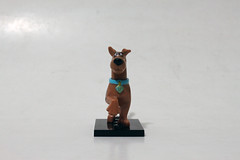 Finally, the Mummy is based off the Mummy of Ankha episode with the the real villain revealed to be Dr. Najib. The mummy has your standard bandaged look on both sides of the torso and on the front of the legs. He does have a double-sided head with a bandaged face on one side and Dr. Najib’s unmasked face on the other. What’s also included with the Mummy minifigure is the pearl-gold Egyptian pharoah headdress piece. 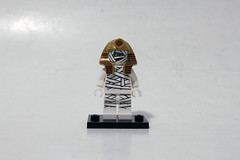 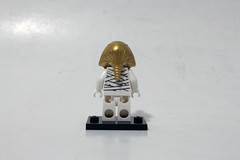 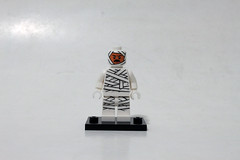 The build is a pretty quick and easy one but it does give a very good impression of a museum exhibit room. In the middle of the room is a sarcophagus where you are able to stand the Mummy inside. On either side are some stickered pillars, one of which shows a gem with some hieroglyphics while the other gives a nod to Johnny Thunder. 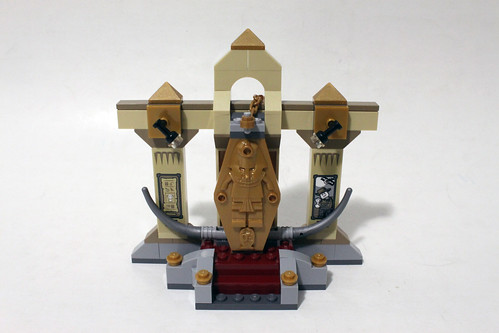 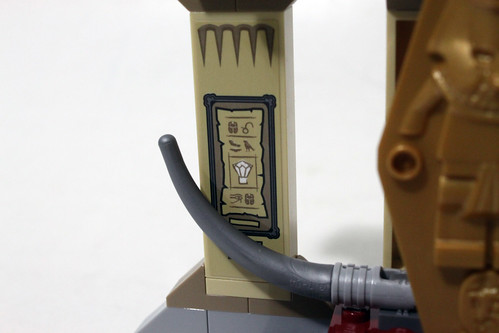 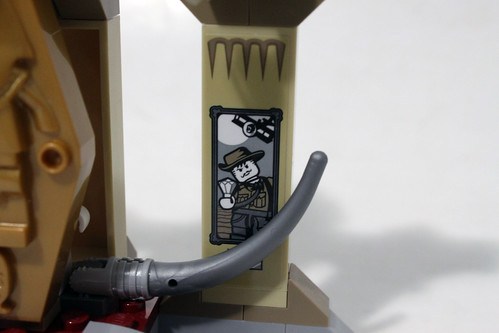 In front of the sarcophagus are some stairs which open up to reveal a hidden chamber for the gems. 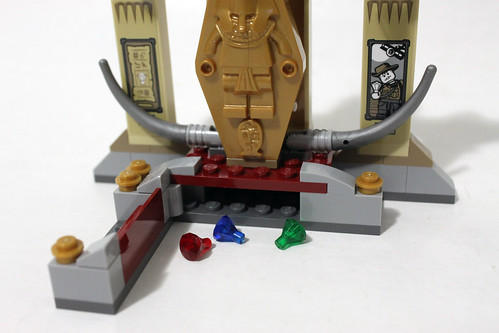 Finally, there’s a chain attached to the sarcophagus and on the other end is a brick-built hamburger which somehow ended up there. By pulling on the chain, the sarcophagus is able to open up to reveal the Mummy. 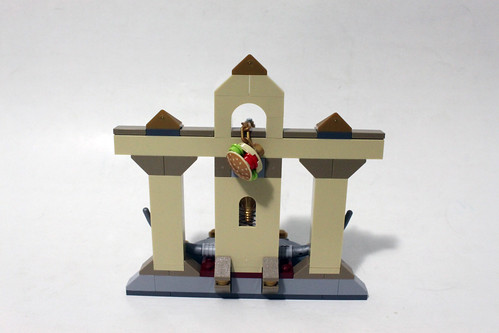 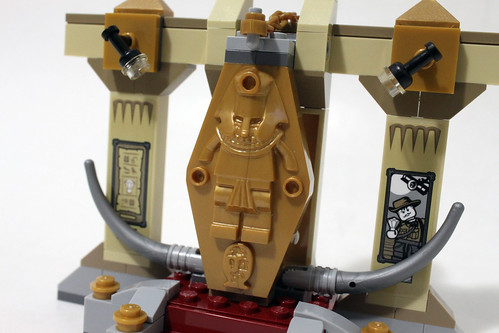 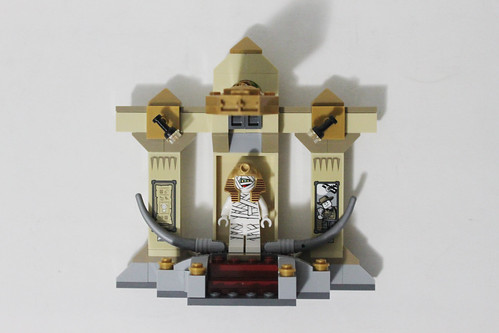 is a decent set considering the price point for it. To me, the minifigures included and the set itself are equally matched and nothing much stands out for either. I do like the Mummy minifigure and the museum exhibit as a whole looks pretty neat. It’s funny that Scooby and Shaggy are able to nab Dr. Najib by looking for food. 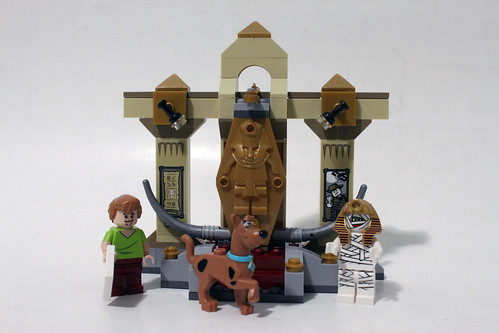