Although it’s only the beginning of October, it’s still not too early to talk about Christmas and the holidays. As of yesterday, the new LEGO Seasonal items are now available and these also include the buildable creatures that LEGO has been releasing throughout the year. Here we have the first of two creatures that are focused around Christmas and that is the LEGO Seasonal Christmas Reindeer (40092). It contains 139 pieces and retails for $9.99 which is a great $0.07/piece. The Reindeer is the third largest of the 2014 buildable Seasonal creatures, by piece count, behind the Halloween Bat (40090) and the Christmas Snowman (40093) which we will be review next. 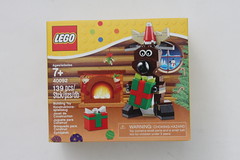 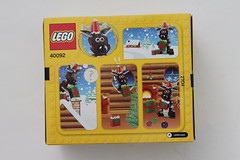 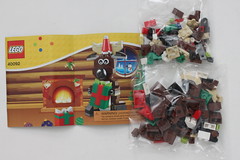 Like with pretty much every other Seasonal character so far, the box has two un-numbered bags and a small instructions booklet. The build starts at the feet where the Reindeer has hinged plates to move the legs. Building continues up the body where the arms are also on hinged plates. The middle of the body has a 1×2 brick with cross hole so you can attach either of the presents to the body so give the illusion of the Reindeer holding them. After that, you build the head with it wearing a Christmas hat. The ears also have some movement in front of the antlers.

Like I mentioned before, there are two presents, one large and one small, with TECHNIC pin protruding from the backside. This allows you got attach either to the body of the Reindeer to make him hold it. 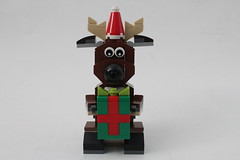 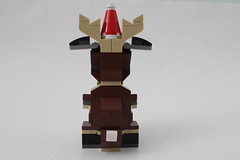 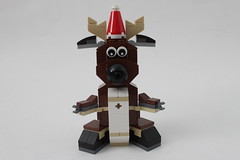 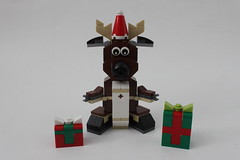 One of my favorite times of the year is at the end of the year around the holidays and the LEGO Seasonal Christmas Reindeer (40092) helps kick start the festivities just a little early. There is one small downside to the set though. Notice that the nose is solid black dome piece and not a big red one like a certain famous reindeer that we know about during this time of year. Due to some legality issues, I guess LEGO couldn’t add the red nose on but if you have a spare red 1×1 round plate, you can add it to the end of the nose and you have yourself a LEGO Rudolph the Red-Nosed Reindeer.

and from what I saw while I was there, they do fly off the shelves pretty fast. The LEGO Seasonal Christmas Reindeer (40092) also makes a great stocking stuffer if you’re giving this set away as a present. 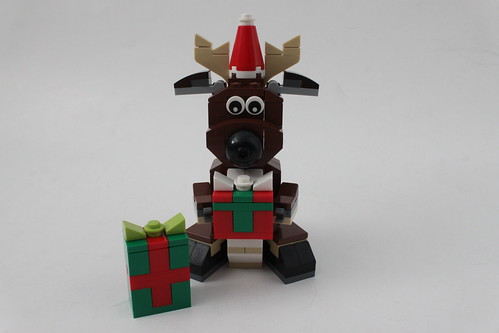 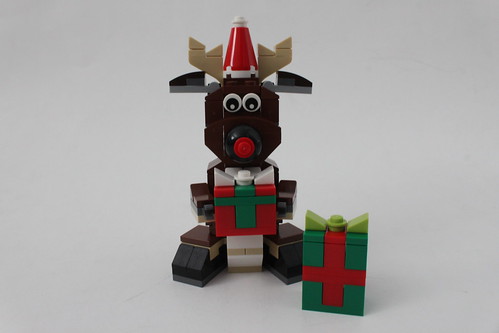 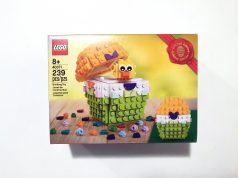 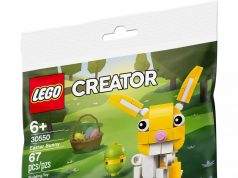