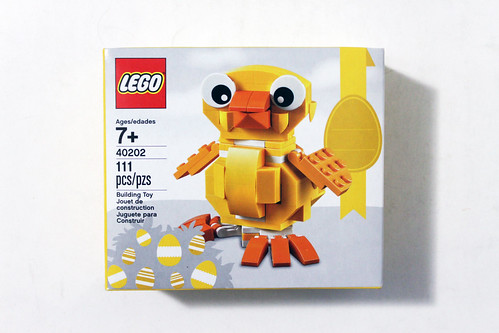 Just a few days ago, the new LEGO Seasonal Easter Chick (40202) became available in stores and on [email protected]

. The set contains only 111 pieces and retails the standard $9.99 price point. The contents of the box include a couple of bags and the instructions. 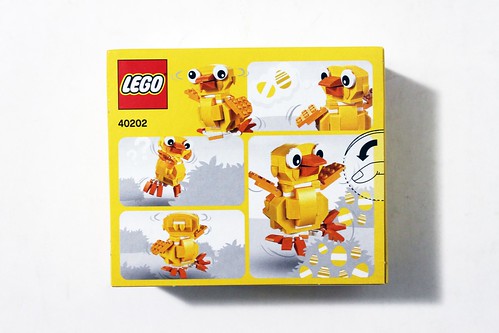 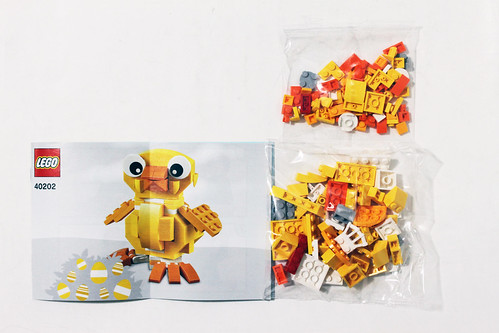 As we know by now for this year, LEGO has gone back to the character builds for the various holidays and events for 2016 which we first saw with the Valentines Cupid Dog (40201) and now for the Easter Chick. The build is extremely easy, a little bit too easy. Like with all the character-type builds, the build starts with the lower torso and legs and you go up from there. 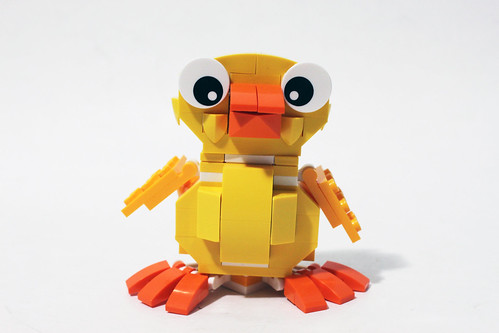 The head on a swivel and can fully rotate but the beak on the chick looks a bit weird with the two sloped pieces used for the upper beak. I wish the top half of the beak would have been another roof piece to match up. The body is also on a swivel so it is able to turn and the wings on a simple hinge so it goes up and down. The toes on the feet are also on hinges and they are able to move as well but they look a bit too big. 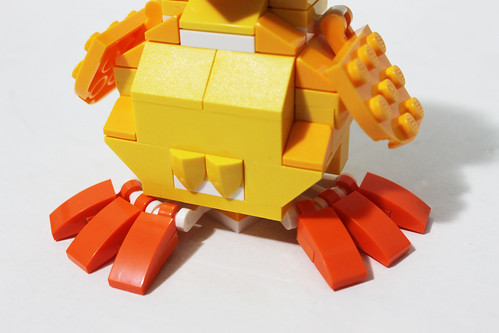 Overall, I think the [email protected]

is a tad too disappointing especially when compared to the 2014 character with the Easter Bunny (40086). There were things throughout the build that made it bland from the weird looking beak to the enlarged feet. 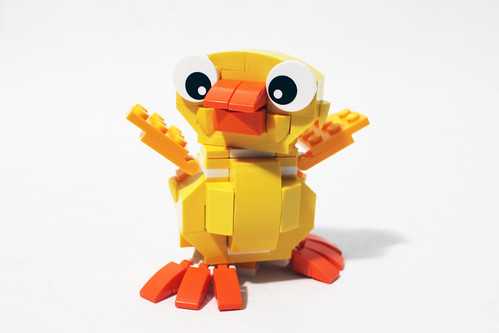 On the back of the instruction booklet, we do get a sneak peek at the next LEGO Seasonal set with the Vampire (40203). 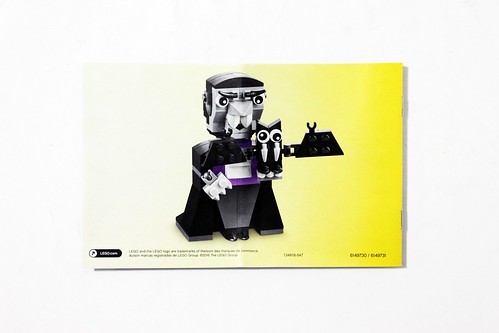