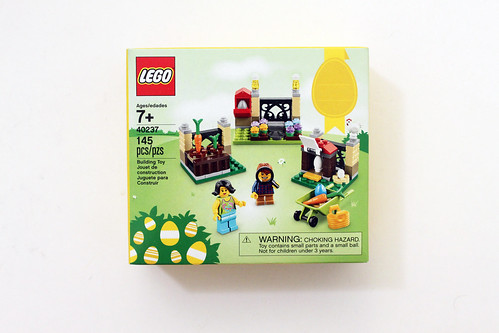 Easter is just around the corner and as as tradition, LEGO has released a Seasonal set with the Easter Egg Hunt (40237). The set has 145 pieces and retails for $9.99 although you can usually find it for half off after Easter has passed. The contents of the box include three unnumbered bags, a loose 6×8 baseplate, and the instructions. 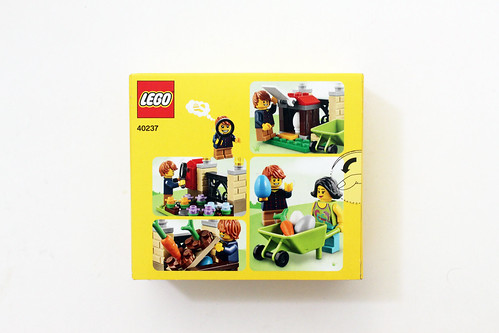 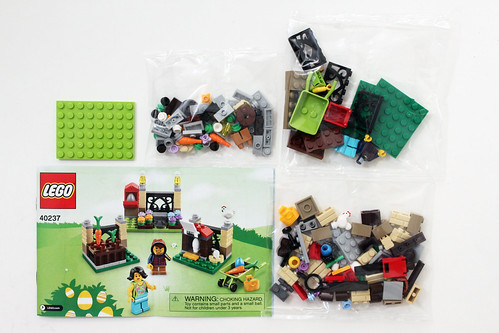 There are two minifigures in the set, a woman and a boy. The woman has a colorful top with printing of a dolphin riding the waves. She has a double-sided head with a smirking expression on one side and the other having her sunglasses on. Her hair piece is fairly new as it only appeared in a couple of Ninjago sets and the Jewel Thief from the Series 15 Collectible Minifigures. Her accessory is a basket. 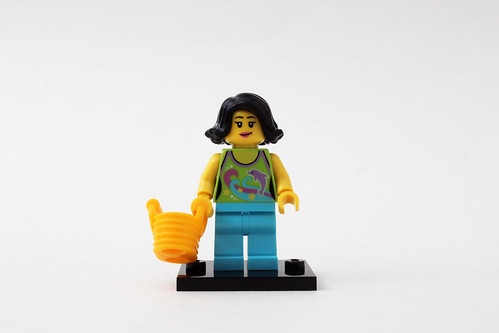 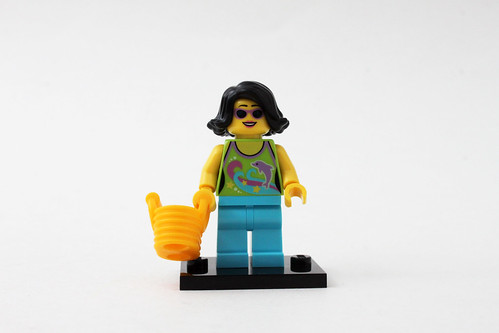 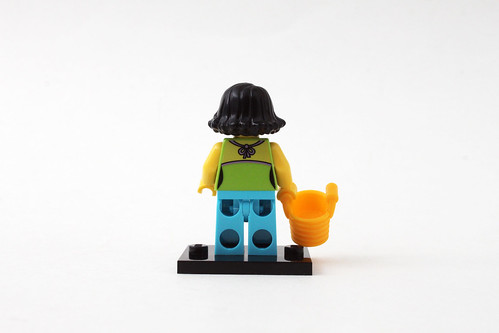 The boy has on a plaid blue shirt with some short tan legs. He only has a single-sided head with some freckles on his face. His accessory is a magnifying glass. 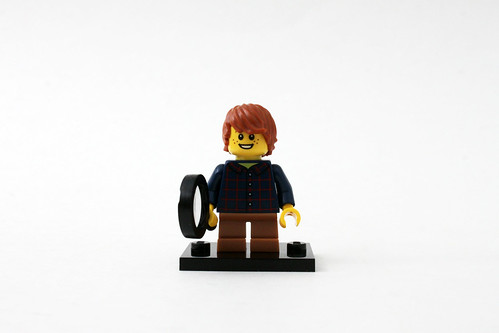 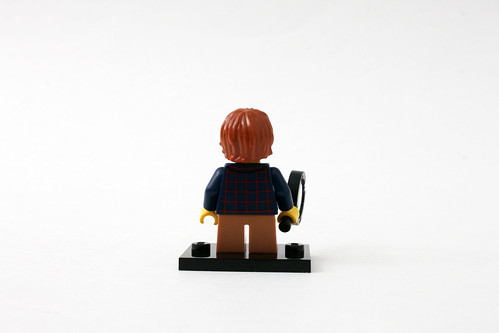 As with the previous build of the Romantic Valentine Picnic (40236), LEGO has returned to the vignette-type sets for 2017. Before we get to that, we have a wheelbarrow in lime-green with some dirt and a carrot coming out of it. I’m assuming that it is going to our first of three structures for this set, the vegetable garden. For this build, we have a fence on one side and the other we have the garden area. Since this set is based on a Easter egg hunt, there’s a hidden feature build into the garden patch for when you lift up on the hinge, there’s a hidden blue egg. 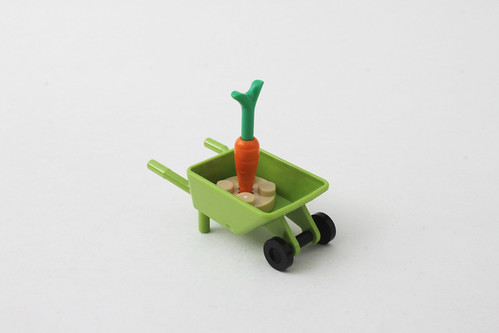 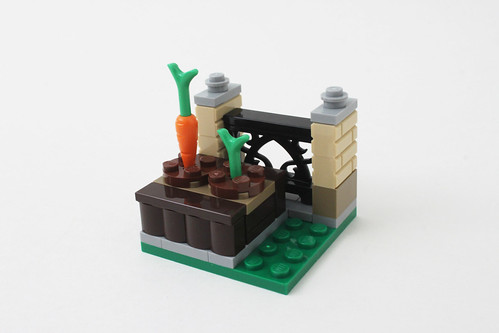 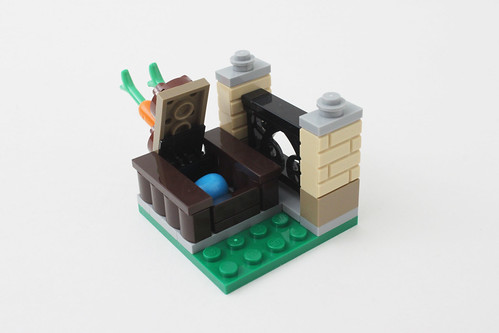 Next up, we have a flower garden filled with different colored flower pieces like lavender, flame yellowish-orange, light royal blue, and dark lavender. There’s also a red mailbox next to the fence which opens up to reveal a gray egg. 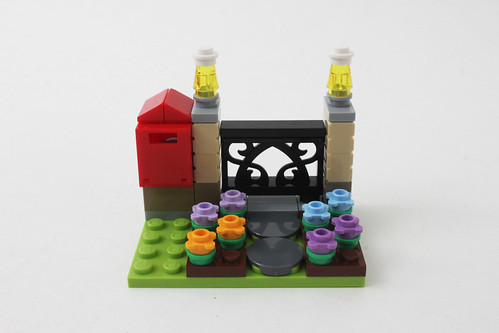 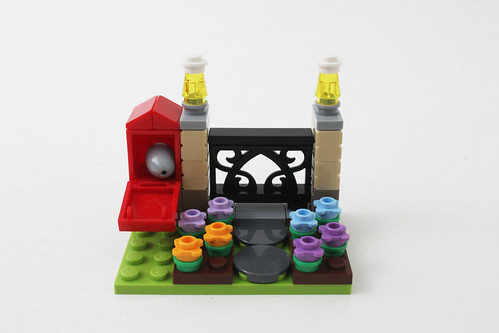 Finally, we have the hen house that has a chicken perched on top of the wall. On the hen house itself, here’s a flap that opens up to reveal a white egg. 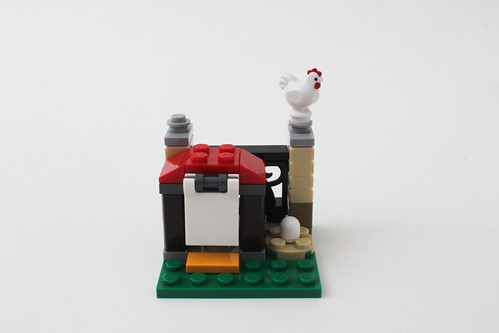 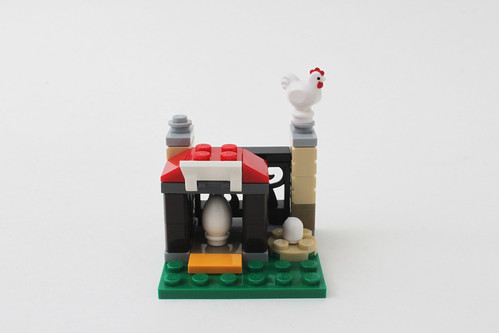 Overall, I think the LEGO Seasonal Easter Egg Hunt (40237) is an okay set but not at the level of the Valentine set however it does somewhat represent what an Easter egg hunt could be like. The builds do take away from the set as a whole because they’re separate. I do like that the new eggs from the LEGO Angry Birds were included as they have mostly been limited to that theme. 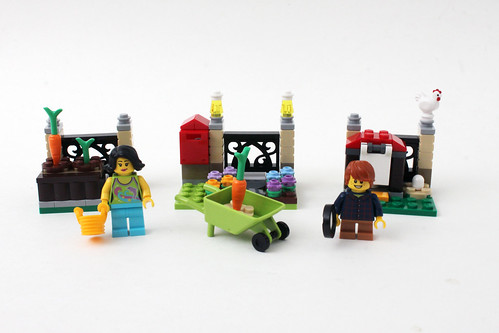