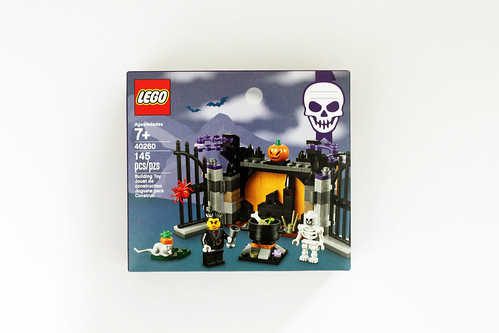 In my next review, I have the new LEGO Seasonal Halloween Haunt (40260) set. There isn’t an official set name that’s been revealed for it but Halloween Haunt was on my receipt. It has 145 pieces and retails for $9.99. I got mine early at LEGOLAND California but it’ll be available at LEGO Brand Stores and on [email protected] September 1. 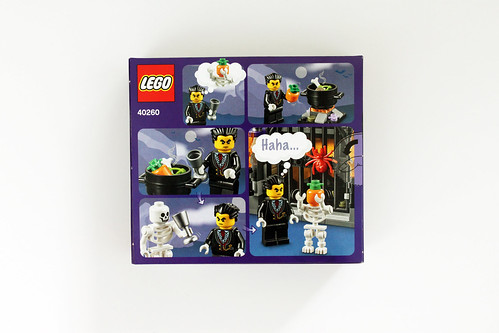 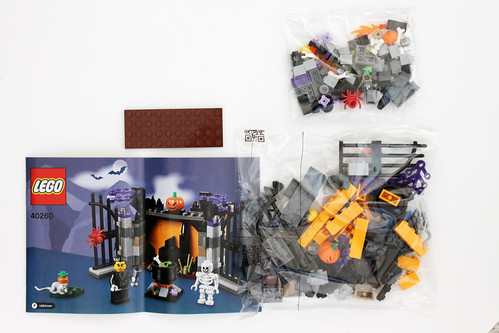 The first minifigure is a male who wears a black suit with a grayish-white undershirt and red vest. There’s also a chain for a pocketwatch as well. The legs are just plain black. For his facial expression, he has a stern look with some thick eyebrow. This is basically LEGO Ninjago’s Cole’s head. His hair is black and slicked back. Notice how closely he resembles Lord Vampyre from LEGO Monster Fighters. I wonder if this version is the human version of the character before he changed into a vampire. His accessory is a silver cup. 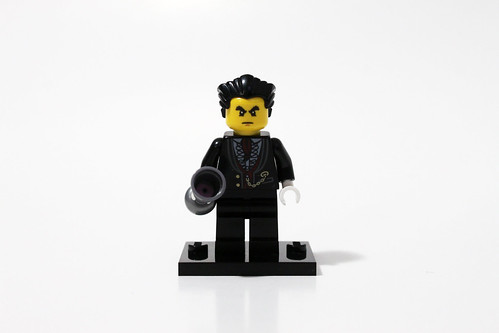 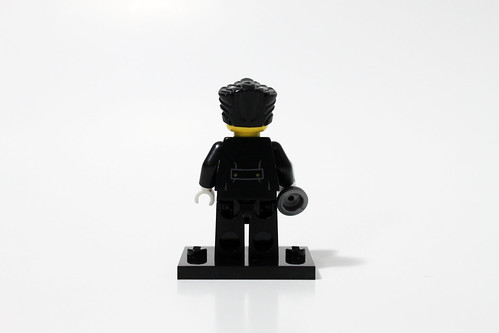 The other minifigure is your basic skeleton. He has a bone and a cup as the accessories. 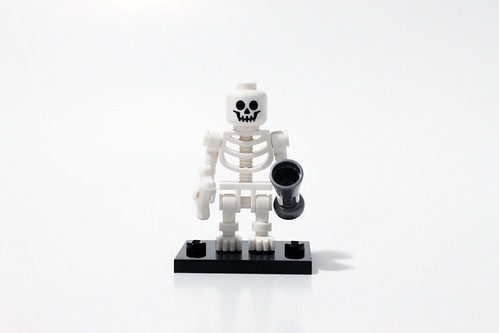 Like with the other LEGO Seasonal sets for 2017, the build is separated into little vignette builds. The first part is a black Fabuland cauldron on an open fire that is filled with a 1×1 round cookie tile and a green cherry. 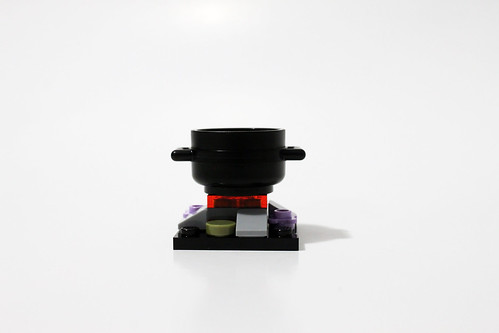 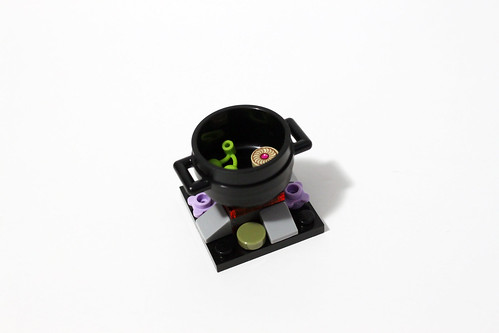 The next “build” is just a dark green corner plate with a rat a pumpkin. This is kind of random but whatever. 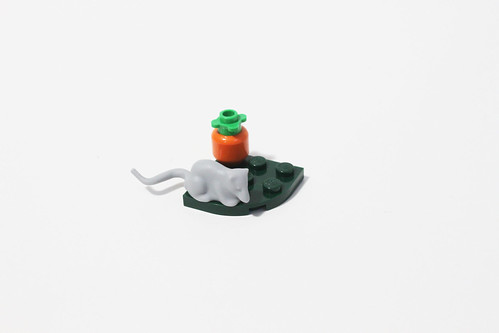 The main part of build is the gate and its background scene. In the front, you have the half gate pieces which was last used in 2014 with the Parisian Restaurant. There’s a red spider that is climbing on one of them. On either side of the gates are a couple of lit torches that give an omnious feeling already. 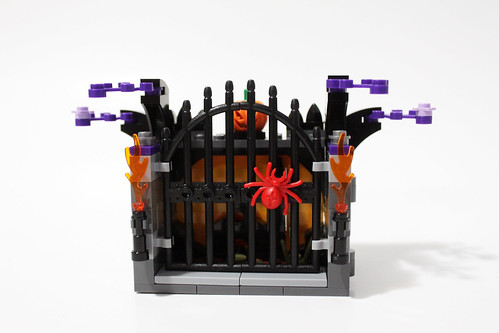 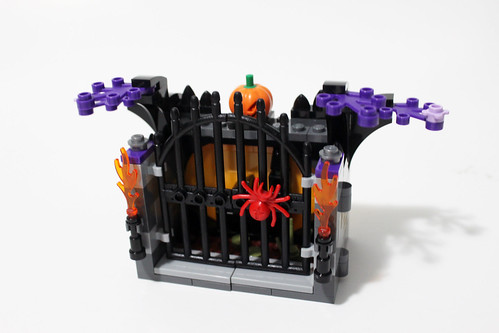 If you look through the gates in the background, you get a forced perspective of a castle silhouette in front of a bright sunset. I really like the look of it as LEGO has rarely used this technique. 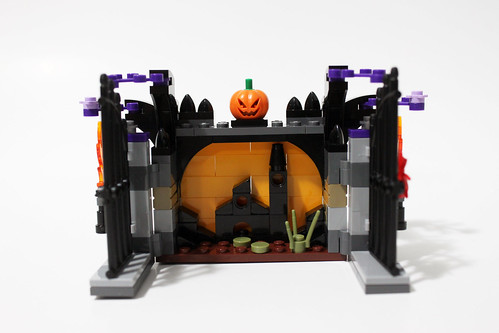 The gate is able to open up since it’s on some hinges and you can get a clearer look at the castle in the background. Above the gate are some additional detailing with some black trees with purple leaves. In the center of the whole structure is a pumpkin head, most notably used for the Headless Horseman in the LEGO Scooby-Doo Mystery Plane Adventures (75901). 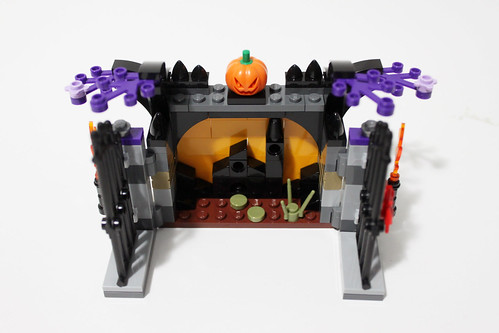 The LEGO Seasonal Halloween Haunt (40260) is actually a better set than I expected. The best build here is obviously the gate and the castle silhouette technique. I also like that LEGO threw in the Fabuland cooking pot. Furthermore, the pre-vampire minifigure is a nice addition. I’m not sure if this is a nod to LEGO Monster Fighters or just a coinicence. The only thing that seems totally random in the set is the round corner plate used for the grass. 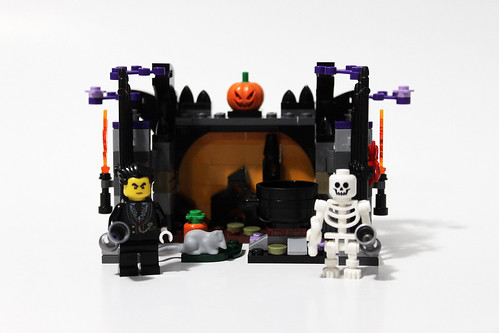 In the back of the instruction booklet, there’s a preview of the LEGO Seasonal Thanksgiving (40261) set which will be available in October. 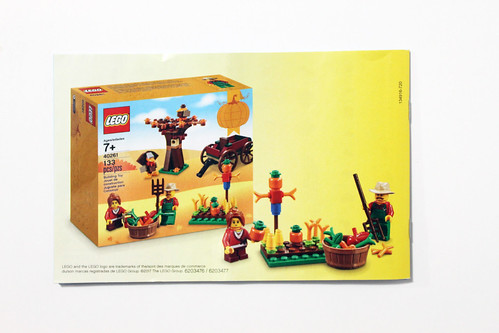