It’s the beginning of October and that means that the new LEGO Seasonal items are now available including some buildable creatures that represent the holidays. The first of the final three for 2014 is the Thanksgiving Turkey (40091). This particular set contains 125 pieces and like its predecessors, it retails for $9.99. 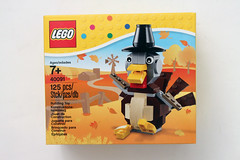 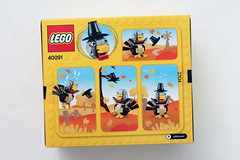 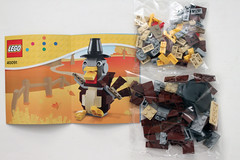 The box contains two un-numbered bags and the instructions booklet. Like all the other creatures, the Turkey is pretty simple to build with not much difficulty. It has some basic articulation in the arms and legs as well as the mouth. The “feathers” in the back uses some 1×2 hinged plates and 2×4 angled plate to create the look of it. Finally, the Turkey also wears a pilgrim’s hat. 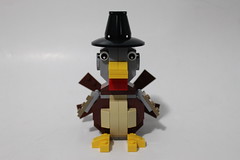 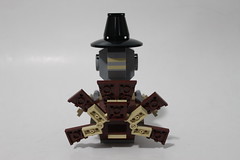 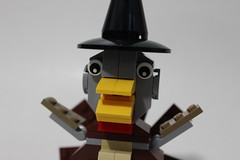 Overall, the LEGO Seasonal Thanksgiving Turkey (40091) continues the line of creatures that have been released so far in 2014. It is now available at LEGO Stores and on [email protected]

. If you’ve been collecting these guys, I do recommend adding it to your collection. My next review for the LEGO Seasonal characters will be the Christmas Reindeer (40092) and it should be up later this week. 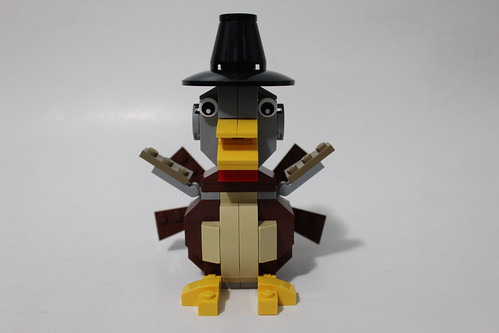