In our second LEGO Speed Champions review, we have one of the sets that I was more looking forward to, the McLaren P1 (75909) 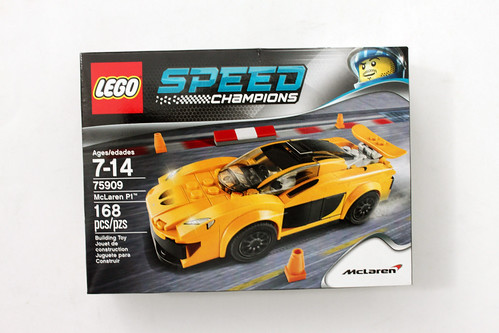 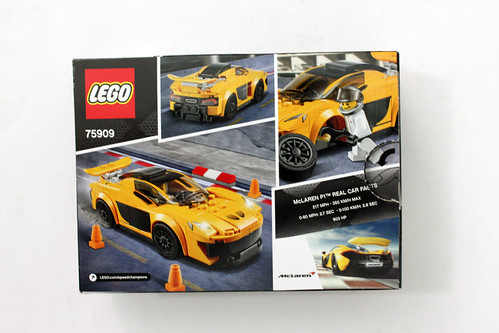 I usually don’t cover the boxes but for the LEGO Speed Champions sets, they do have some details I’d like to cover. On the front, you get your typical product image of the McLaren P1. Th back of the box shows more product images including the driver changing his own tire while on the track. There is also a fact box for the vehicle’s actual specs. The McLaren P1 has 903 HP and a max speed of 217 MPH/350 KM/H with a 0-60 MpH in 2.7 seconds/0-100 KM/H in 2.8 seconds. One thing that wasn’t noted about the P1 is that the starting price of the of 2014 model is about $1.15 million.

The contents of the box includes two unnumbered bags, an instruction booklet, and a small sticker sheet. 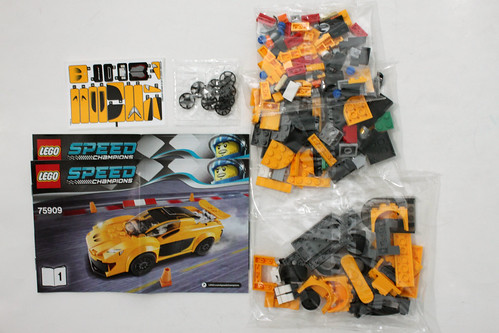 There is one minifigure in the set. The driver wears a mostly white uniform with with some racing stripes and the logo across the chest. The back side of the torso also has the McLaren logo printed. He also has a silver helmet. Finally, he has a wrench as an accessory. 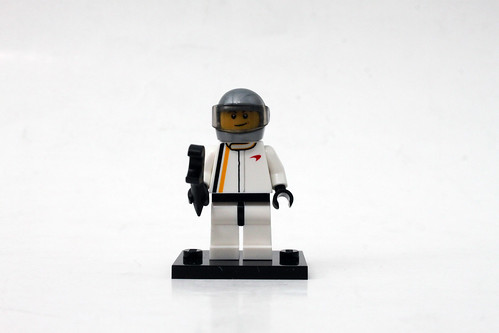 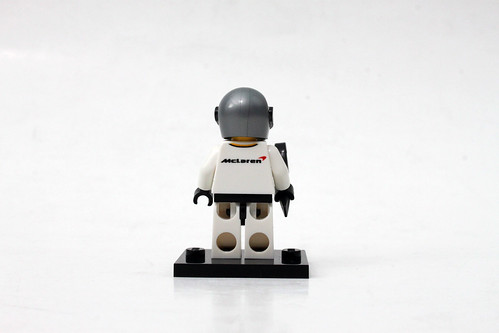 The building of the McLaren P1 took about 15 minutes to complete but most of the time was just putting on all the stickers for it. When I say stickers, there were a bunch of them. There were 18 of them to be exact and if you have OCD like me, you would’ve wanted them to be fairly straight on. One thing to note is that the windshield is actually a printed piece and I’m glad it is because those are the worst to put on, at least for me. 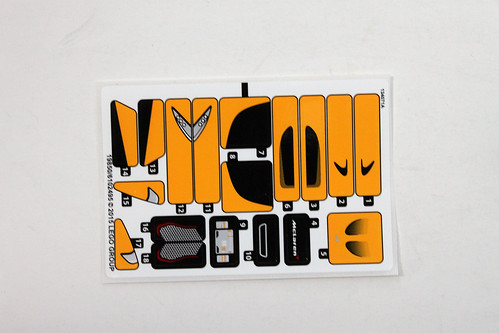 The main color of the car is Flame Yellowish Orange which is the same color used predominatly in the LEGO Legends of Chima Lion tribe sets. There are a variety of older parts that now are in this color. There is also some black pieces here and there to give it some contrast. Here’s a quick look at the car without its stickers. 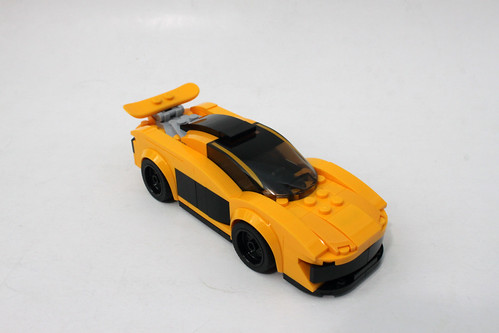 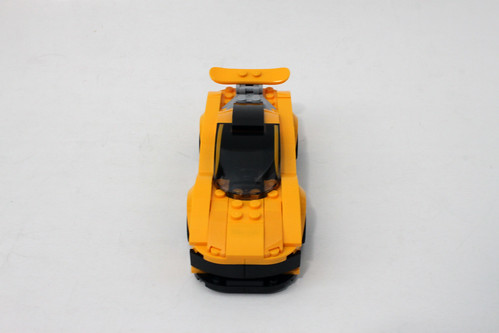 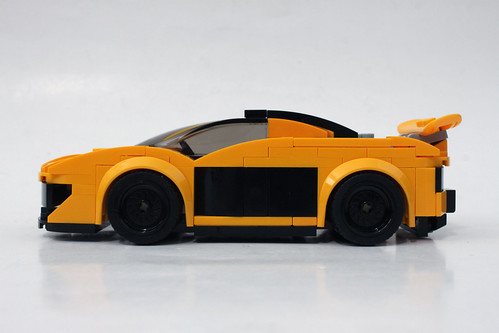 The overall design of the McLaren is pretty accurate to the real thing with the sleek curves on every side of the car. One downside is that if you look from the top angle, it’s not actually the full car. The width of it is only six studs wide with room for only one seat. The car would’ve have looked a little more accurate if it was two studs wider and had the passenger seat. LEGO didn’t have to include a second minifigure but at least it would have looked nicer. Another downside is that it doesn’t really roll very well as the wheels are fairly tight. 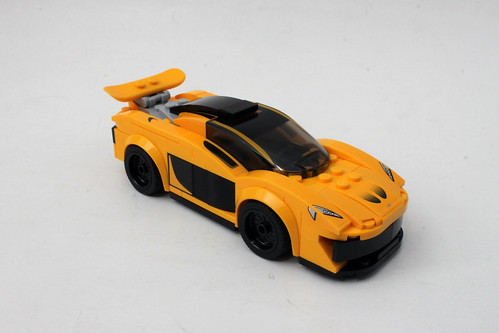 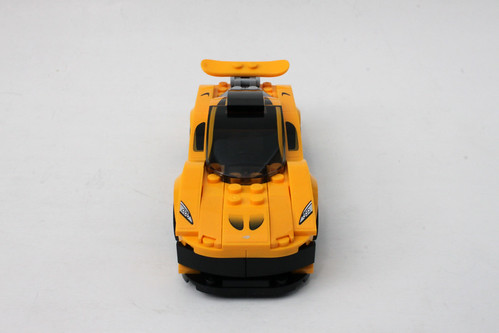 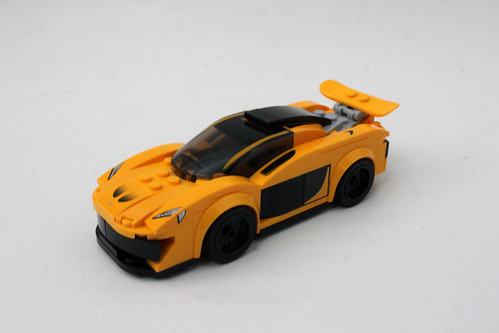 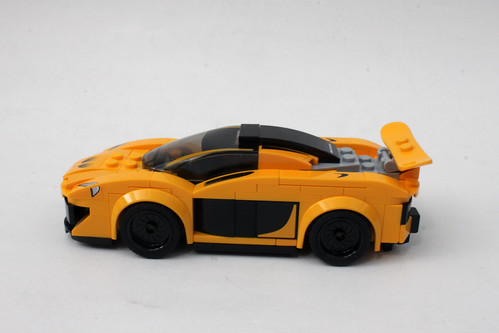 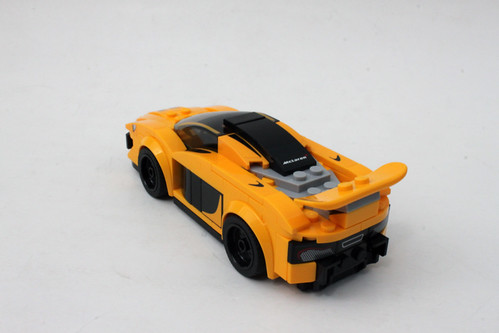 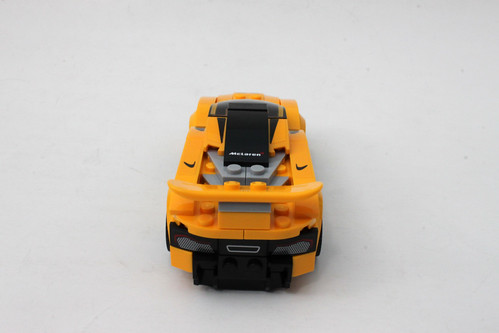 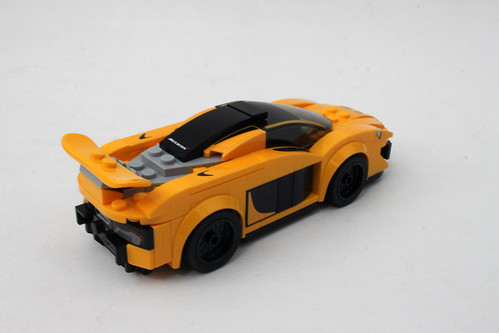 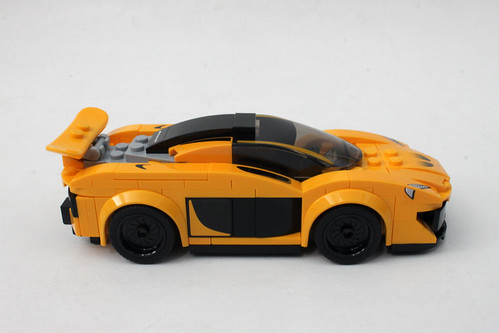 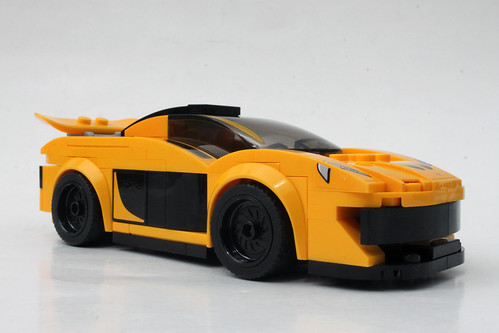 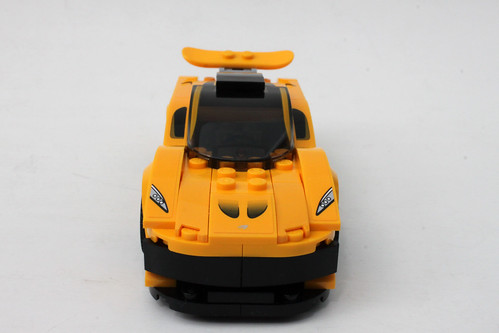 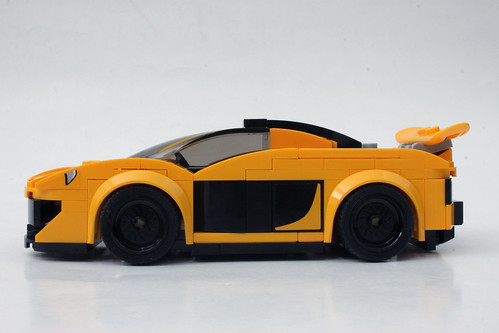 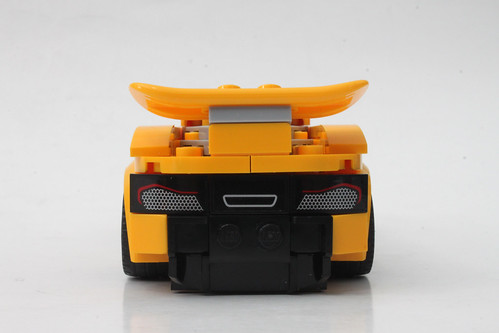 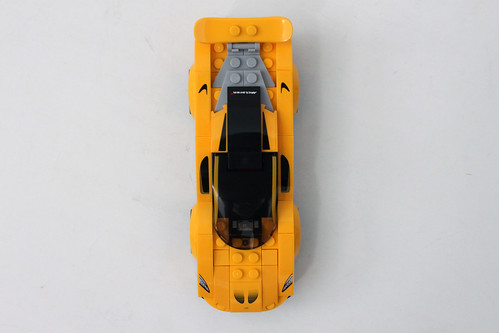 What’s nice about the set is that you can change out the alloy wheels with a 5 spoke and a 10 spoke variety. Personally, I do like the look of the 10 spoke rims more although the 5 spoke ones aren’t too shabby either. You can even leave it plain and it’ll still look good. 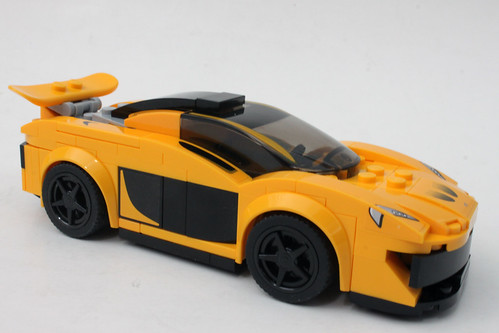 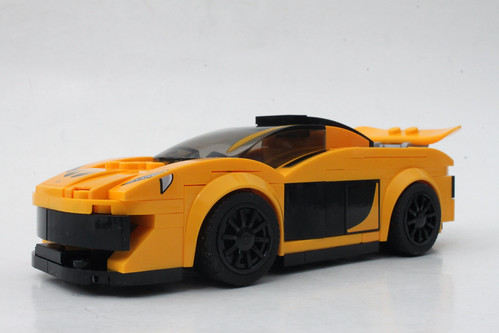 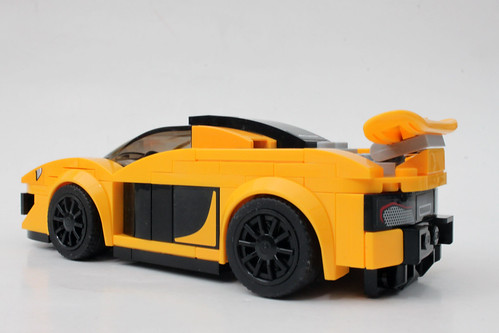 There is also a red and white race curb and three cones to finish out the set. 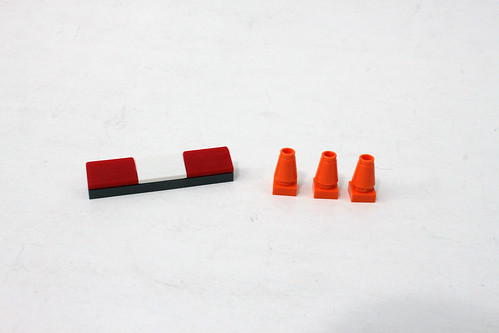 Overall, I do like the McLaren P1 (75909) set a lot even with the slimmer size. A couple of nice details of the set includes interchangeable wheel style and the adjustable rear wing. There are a lot of stickers but I feel that it gives the car some details that the plain look doesn’t provide such as the the two bonnet vents on the hood.

Motor junkies will most likely want to pick up this set and it definitely makes a great display piece. The set is now available in stores and on [email protected]

along with the other supercars in the LEGO Speed Champions line. I’ll be continuing reviewing the other sets in the upcoming days and hopefully I’ll be done by next week so stay tuned. 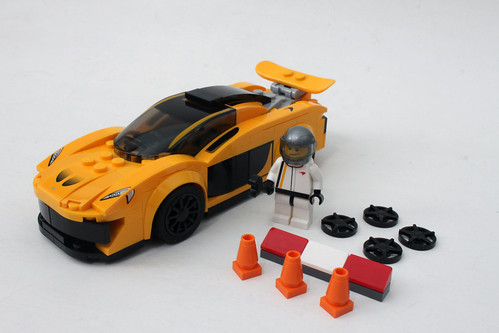