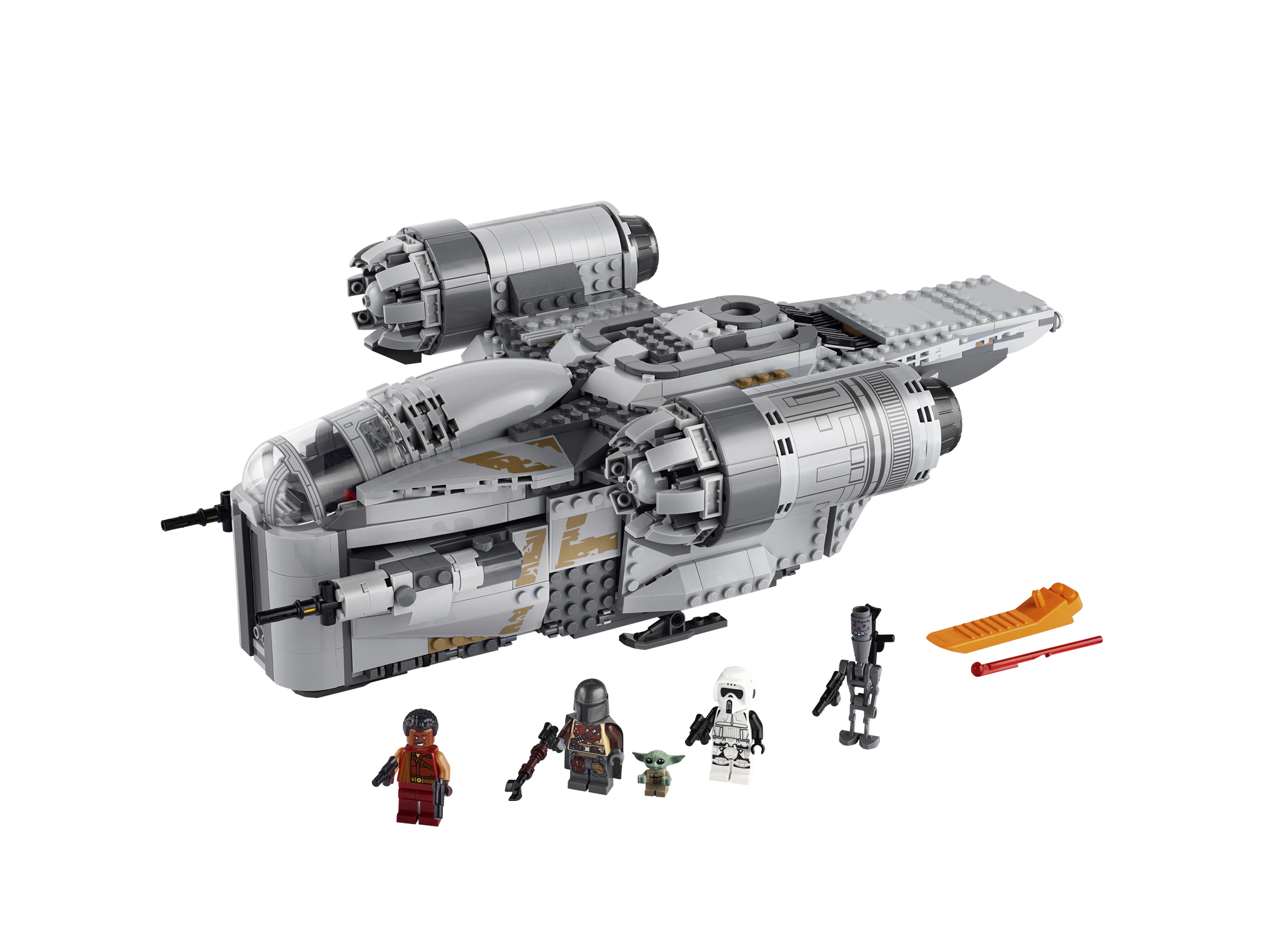 Build awesome LEGO BrickHeadz versions ofthe 2 most popular Star Wars: The Mandalorian characters!Strap a blaster rifle to The Mandalorian’s back and put a blaster pistol in this bounty hunter’s hand ready for battle. Create a hoverpram for the Child and adjust its ears for happy and sad expressions. Both construction models come with a baseplate so you can proudly display your creations. 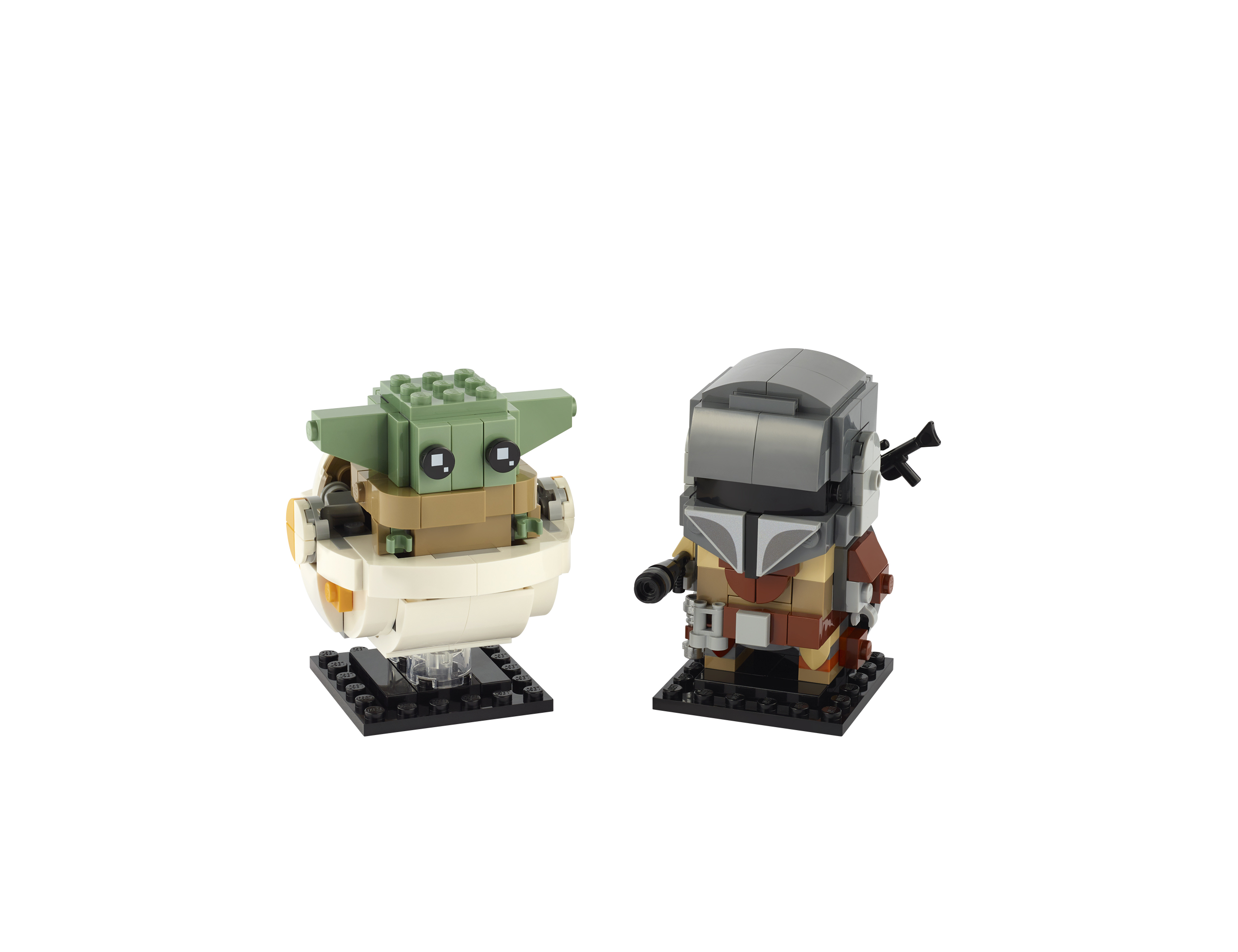 Fly to the outer reaches of the galaxy in The Mandalorian’s armored transport shuttle, The Razor Crest! It’s got everything you need for a mission – a big cargo hold for carbonite bounty, spring-loaded shooters, escape pod…and even a bed to get some rest! When you land, grab the weapons and prepare for battle. Protect the Child and defeat Scout Trooper to prove you are the ultimate warrior! 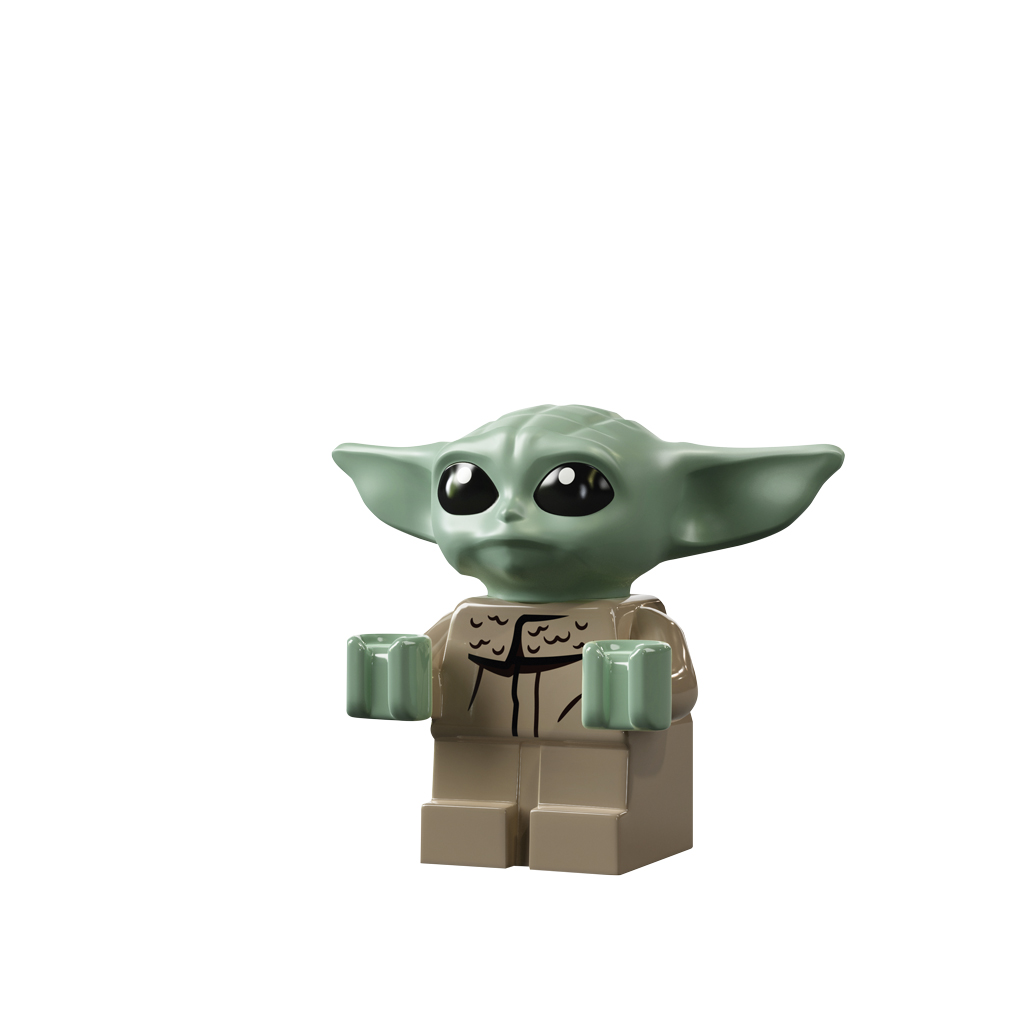