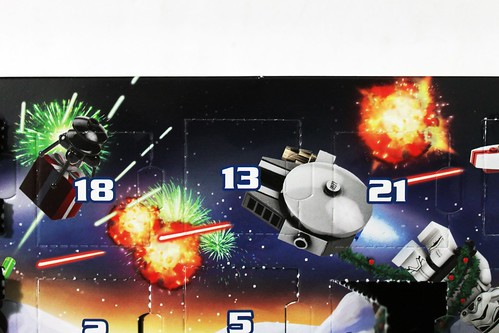 Today we continue with the LEGO Star Wars 2015 Advent Calendar (75097) with a character that we haven’t seen much of before. 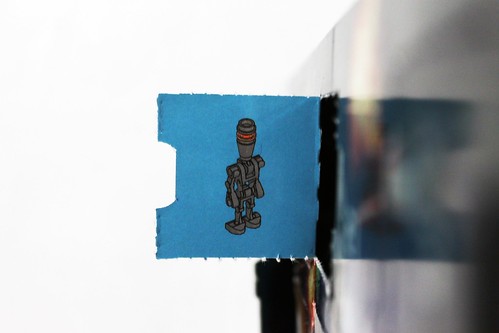 For Day 13, we have an Assassin Droid. LEGO doesn’t officially say that this figure is IG-88 which is the most notable Assassin Droid but it does look very similar to the one in the Slave I (6209). The only difference is the colors between the two. IG-88 also appears in the Super Star Destroyer (10221) but that one has an additional piece for the head. 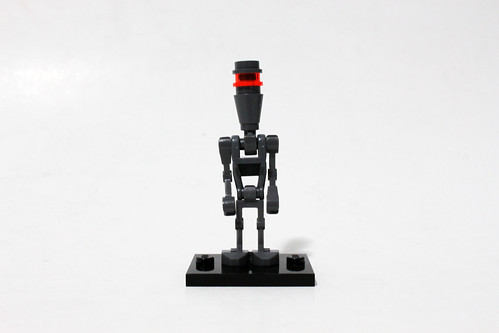 The body is simiar to the Battle Droids we’ve seen before. The head is made up of a cone and a couple of studs with one being trans-orange. I’ve fitted the Assassin Droid with a blaster from the Blaster Rack from yesterday. Notice that it holds the blaster sideways as the arms are not the ones used to hold weapons. 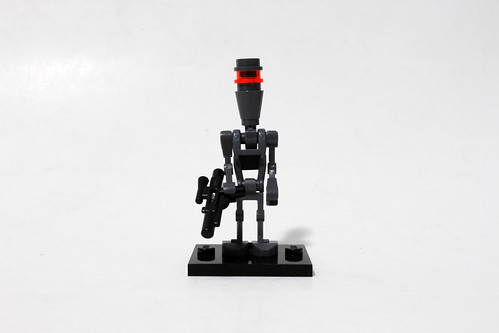