I’ve just received an email stating that my order for LEGO Star Wars Character Encyclopedia: Updated and Expanded on Amazon

is now eligible for release date delivery. The book is updated with 72 additional pages of new minifigures that have been released since 2011 which you can also purchase on Amazon

for 66% off the retail price. The Updated and Expanded version will be released in exactly two weeks on April 28.

LEGO Star Wars Character Encyclopedia: Updated and Expanded also includes the exclusive White Boba Fett minifigure which is based on the prototype armor used in the screen test for the movie. This will also be an updated White Boba Fett with the first one being used for various promotions 15 years ago. 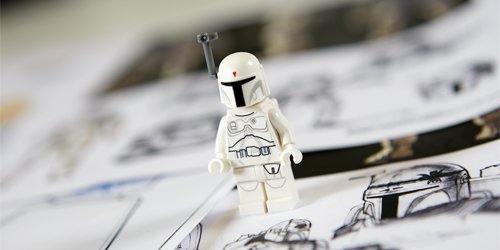