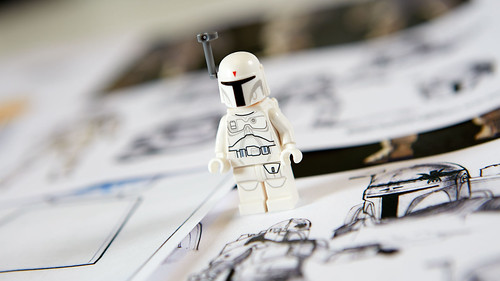 which will be the White Boba Fett, aka Proto Fett. A white version of the bounty hunter was first released in 2010 but we will now get an updated version of him. The book will be available on April 28th just in time for May the 4th but you can pre-order the book on Amazon

. The LEGO Star Wars Character Encyclopedia will include 72 more pages filled with facts and images of the minifigures that have been released since the first book. Thanks to Michael for the heads up.