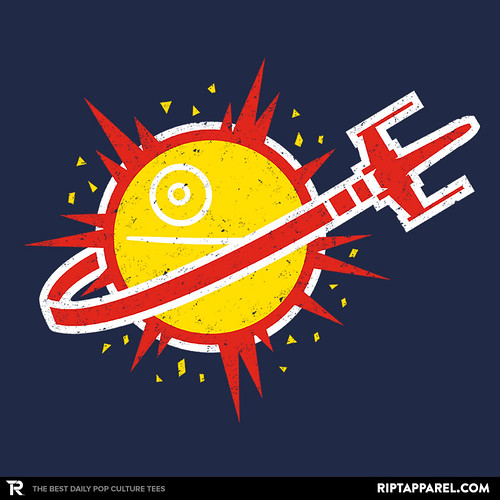 Ript Apparel has a new LEGO-themed t-shirt available titled, Great Shot, Kid! If you’re a Star Wars fan, you would know that phrase came at the end of Episode IV: A New Hope where Luke destroys the Death Star with a proton torpedo from the X-wing.

This scene is depicted in this shirt by mikehandyart where you can see the X-wing flying away from an exploding Death Star in the LEGO Classic Space logo. The shirt is priced at $11 and is available for only 24 hours.