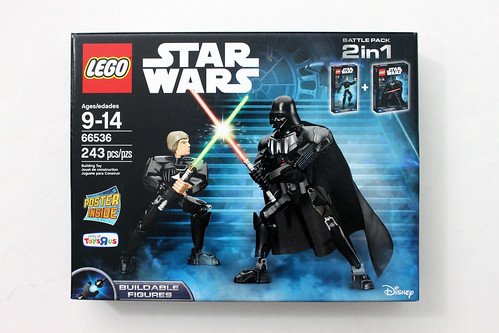 Earlier this year, LEGO announced that they would be releasing a new wave of LEGO Star Wars Buildable Figures

. Although I’m not that into the Contstraction sets, I do love Star Wars and this news raised my interest in these sets. They are separately available for purchase but Toys R Us has a special 2-in-1 Battle Pack (66536) which includes both Luke Skywalker (75110) and Darth Vader (75111). 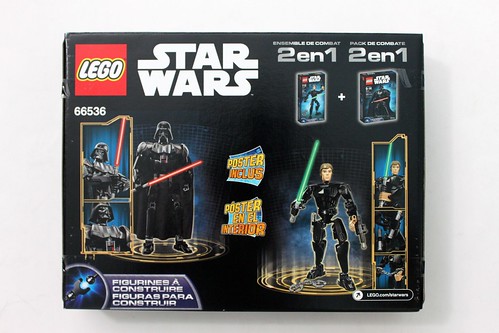 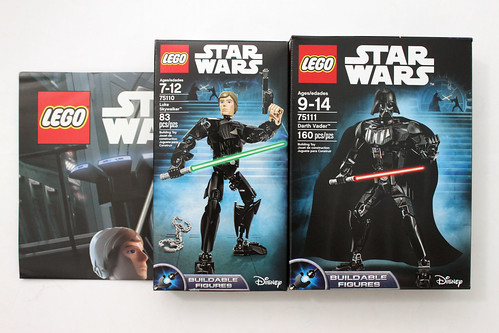 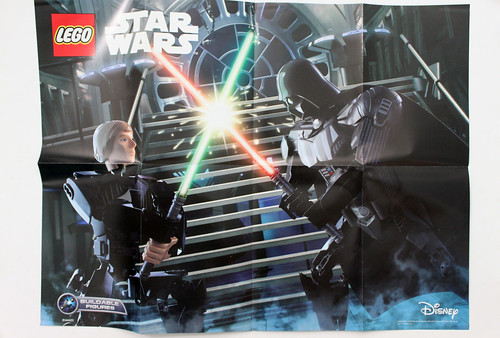 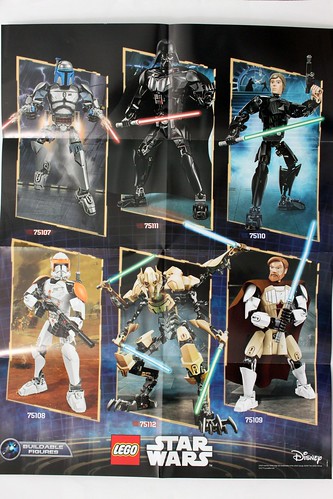 For this review, I’ll be taking a look at one of the most iconic movie characters of all time with Darth Vader. The TRU Battle Pack has 243 pieces and retails for $49.99 but Darth Vader himself consists of 160 pieces and retails for $29.99. One thing you may notice is the high price for the amount of pieces you get but I feel it’s comparable to what you get with the LEGO BIONICLE sets especially for a licensed theme like Star Wars. The contents of the box includes three un-numbered bags, a bagged cape, and the instruction booklet. 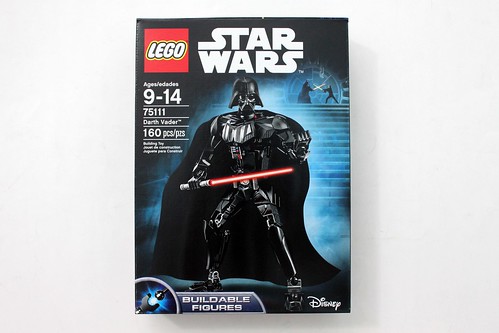 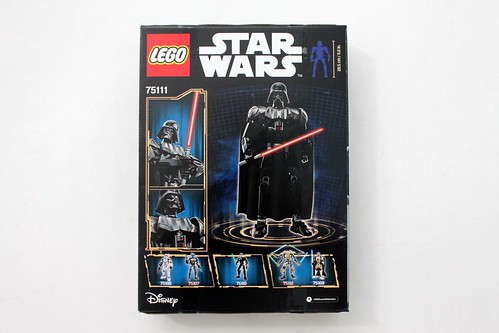 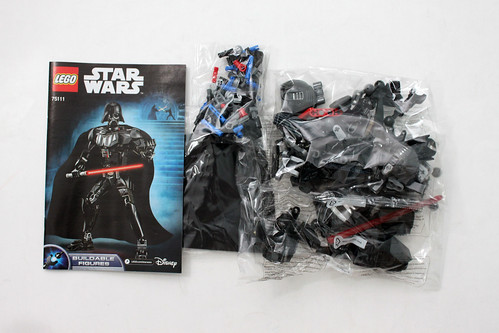 As shown on the box, Vader is from Star Wars Episode VI: Return of the Jedi where he is dueling Luke Skywalker which you can recreate with this Battle Pack or if you got the figures separately.

I’m not that familiar with Constraction sets so I’m not sure where the builds start from but with Vader, the build starts at the torso. At first glance, you probably can’t tell what you’re building until the middle of instructions when the torso is completed and the armor pieces go on. The torso uses a lot of TECHNIC parts to give it the foundation. You can see where the ball joints are at for the arms and legs but you don’t really notice them when the armor pieces are on. 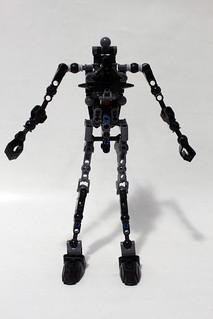 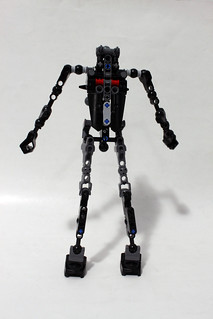 The arms and legs are what you normally see with Constraction sets with the bland skeletal frame. Again you probably won’t see much of that in the final build when the armor goes on. Note that all the armor pieces are printed pieces and not stickers which I appreciate. 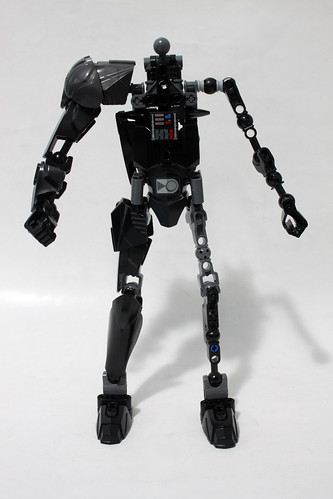 For the lightsaber, the red blade is exclusive to Vader however there are a couple of other characters that utilize the same hilt. I have a feeling that the hilt will be used in vehicle MOCs in the near future. The blade is made of a soft rubber that is about 90% opaque. You can probably shine a light through it and get a cool glowing effect. 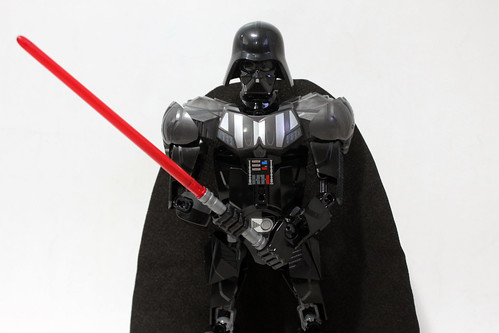 Finally, Vader’s cape and head goes on. The cape is attached to the back by the way of a TECHNIC piece to the pins. It is made of a very soft high quality fabric. The head itself is probably my favorite piece of the set. It has a lot of details and very accurate to Vader. It also probably contributes to the higher price point for the set itself since it is a pretty large head piece. Like with the arms and legs, the head is on a ball joint and he has a fairly wide range of motion. 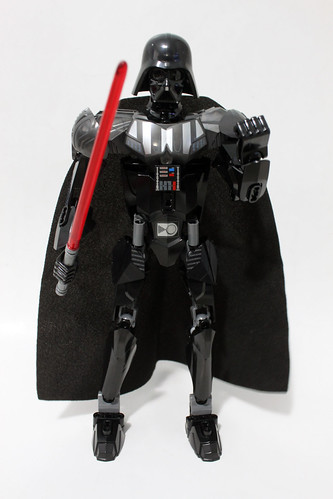 After all of that, does the LEGO Star Wars Darth Vader Buildable Figure (75111) live up to the hype when it was first announced? I feel that it does and no only that, it exceeded my expectations by a long shot. I first saw them displayed at San Diego Comic Con, and that pretty much convinced me to get these sets. 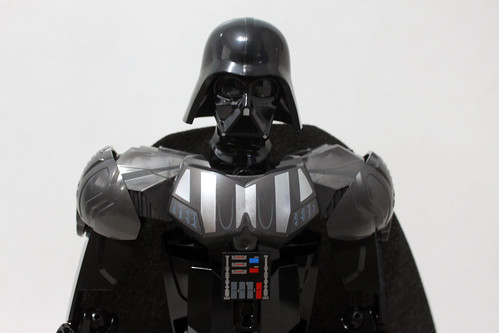 Vader has a very close likeness to the movie character although there’s one thing that bugs me about it. You’ll notice that that there are some blue on the arm, body, and leg armor pieces. I’m not sure they’re supposed to represent but I would’ve rather kept it completely black. 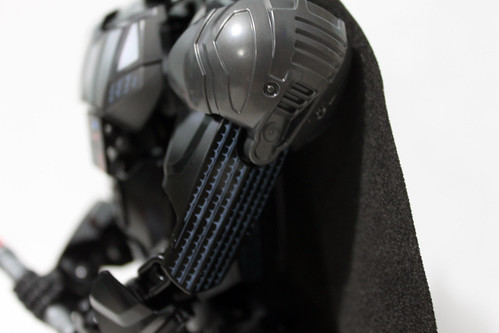 . All the pieces are printed and there are no stickers. The head piece is just awesome itself. He has a ton of articulation with the ball joints so you can get a lot of neat poses as a display piece. 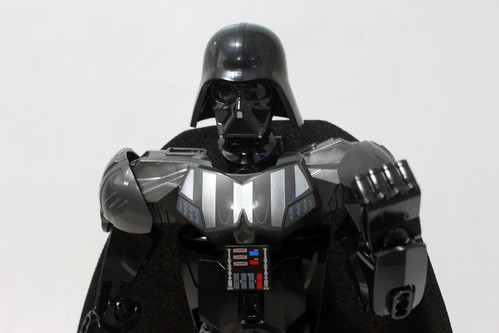