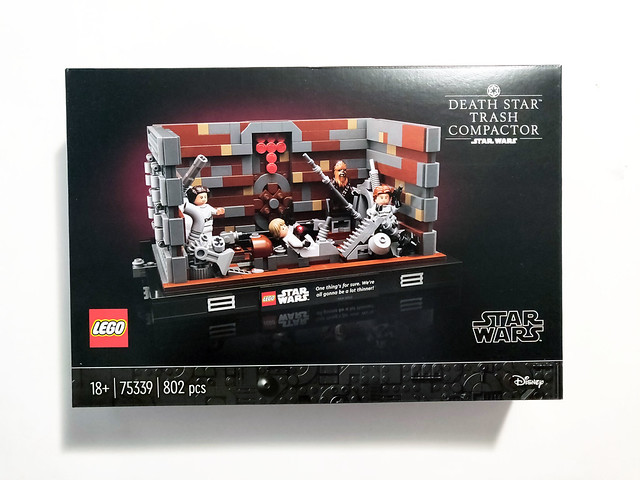 In my next review of the new LEGO Star Wars diorama sets, we take a look at the Death Star Trash Compactor (75339). The set has 802 pieces and retails for $89.99. You can pre-order it today and it will be released on April 26. 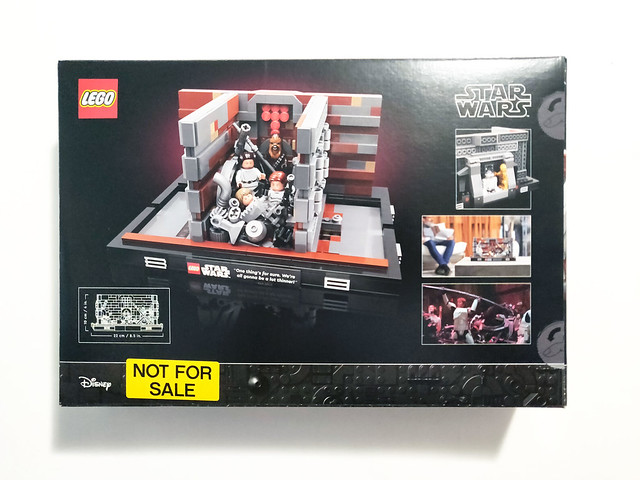 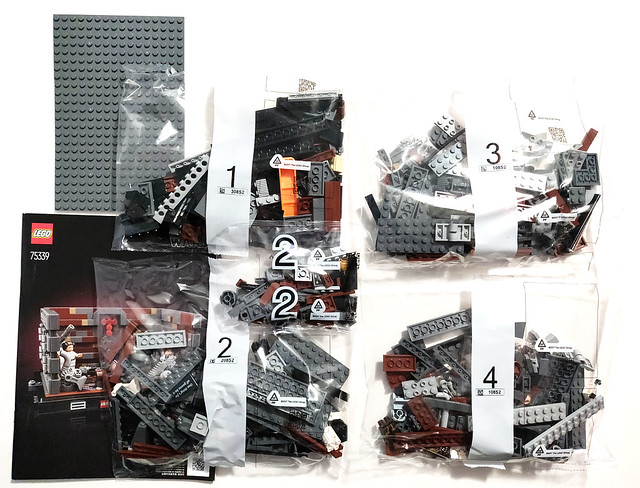 The higher price point for the set probably is due to the fact that there are six minifigures included. All of the main characters in the scene are in the set and if any of them were missing, then the diorama wouldn’t be fully complete as they all were important in the scene.

Luke Skywalker is in the Stormtrooper outfit. This suit is a new one for 2022 and is slightly updated from the Star Wars Celebration Detention Block Rescue exclusive set. He has a double-sided head showing a smile on one side and a concerned look on the other. His accessory is a blaster. 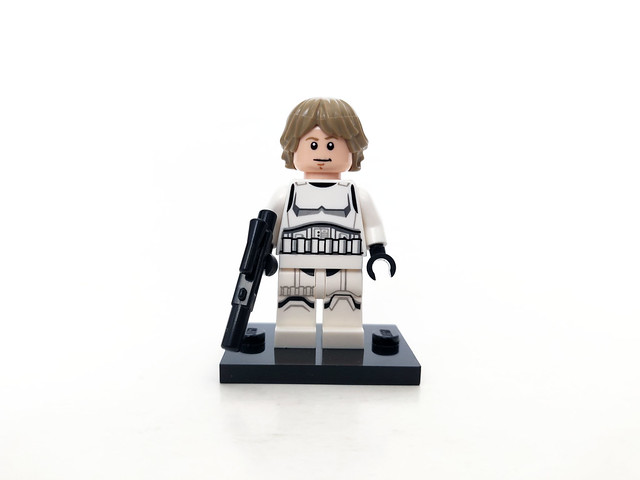 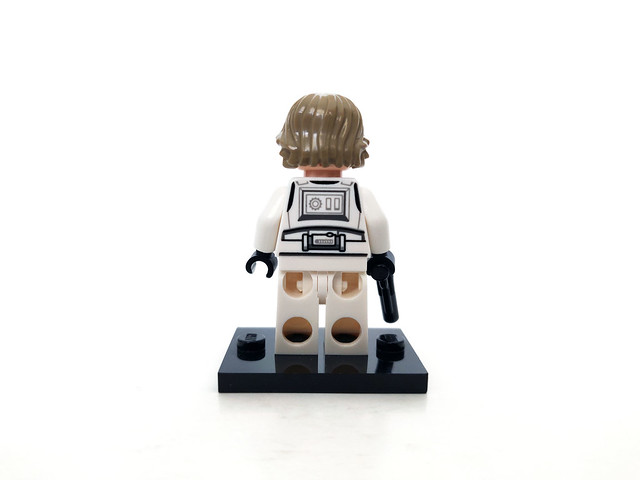 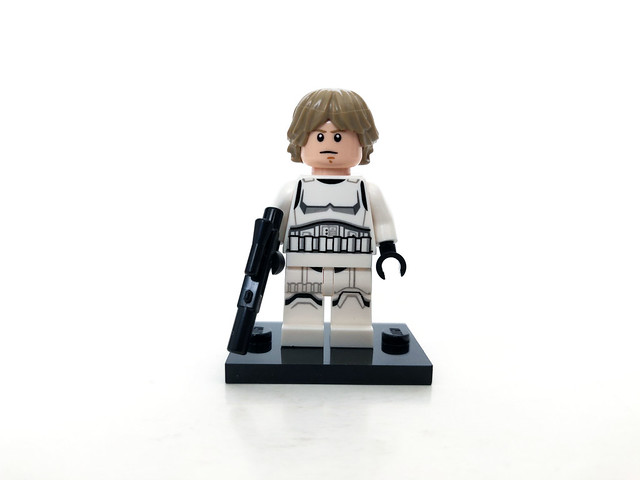 Han Solo is also in the new Stormtrooper suit. His double-sided head shows him with a cocky smile on one side and a concerned expression on the other. His accessory is also a blaster. 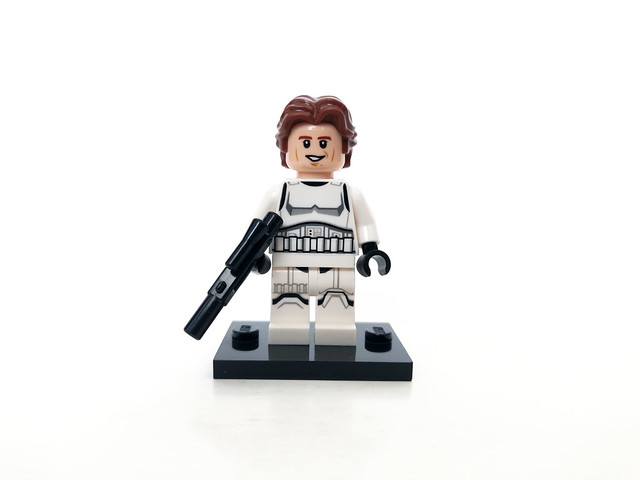 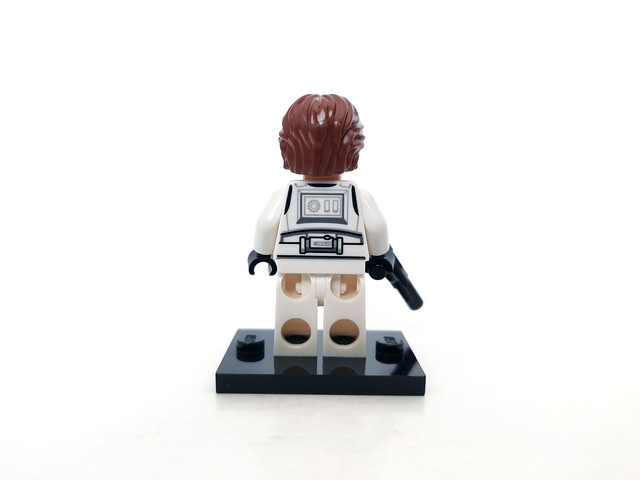 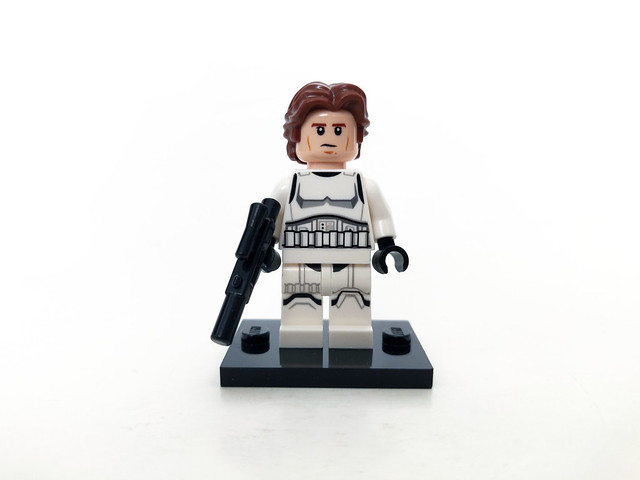 Princess Leia has on her white robes with a metallic silver belt. Her double-sided head shows her with a smirk on one side and an angry expression on the other. 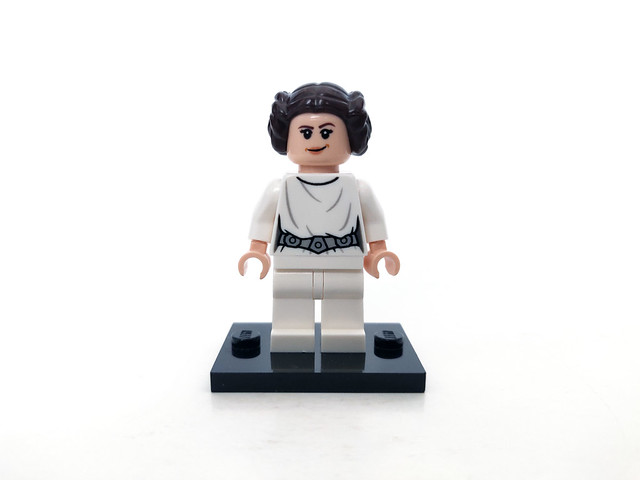 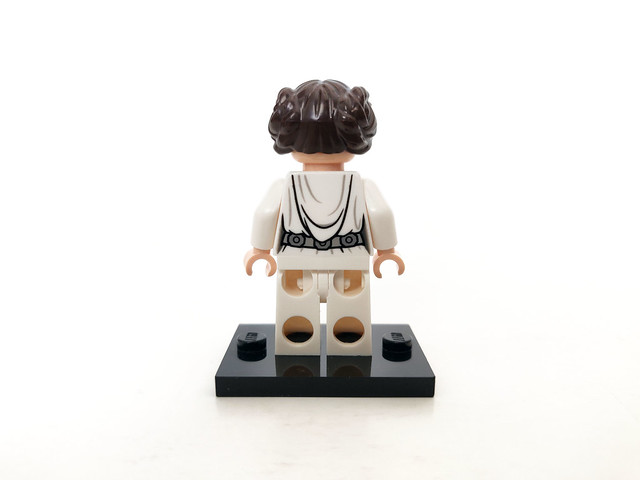 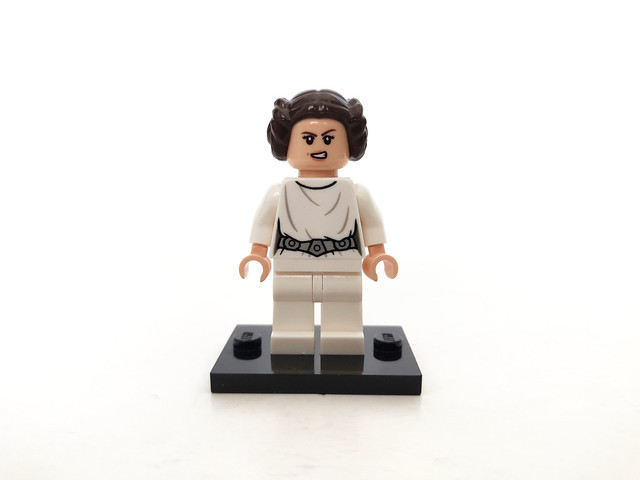 Chewbacca has the old mold which has been used since 2014. The head and body mold goes over a blank torso and the legs have some fur printing on it. His accessory is the bar that was used to prop the compactor walls open. 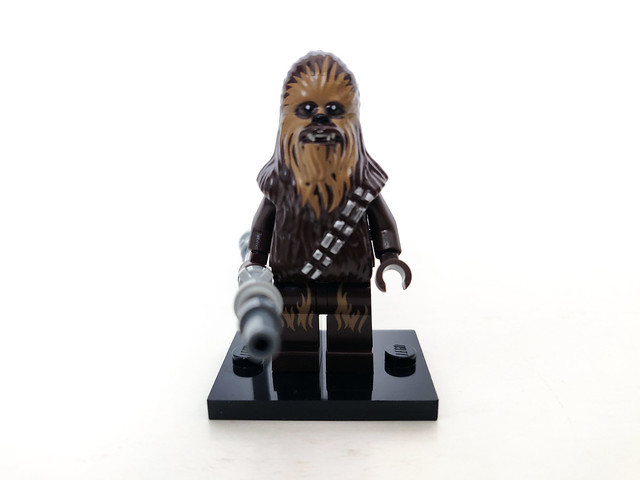 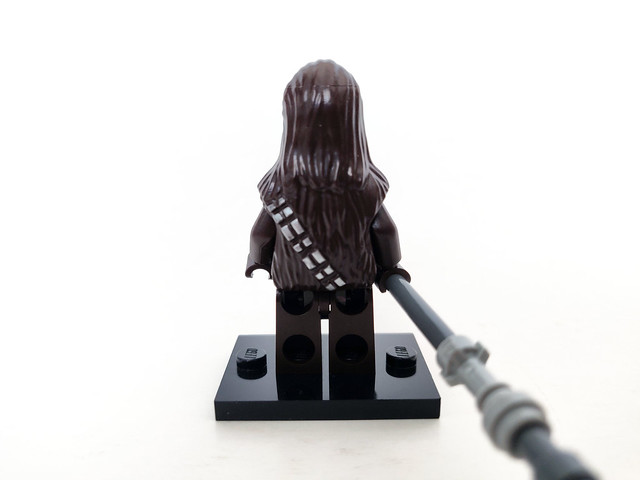 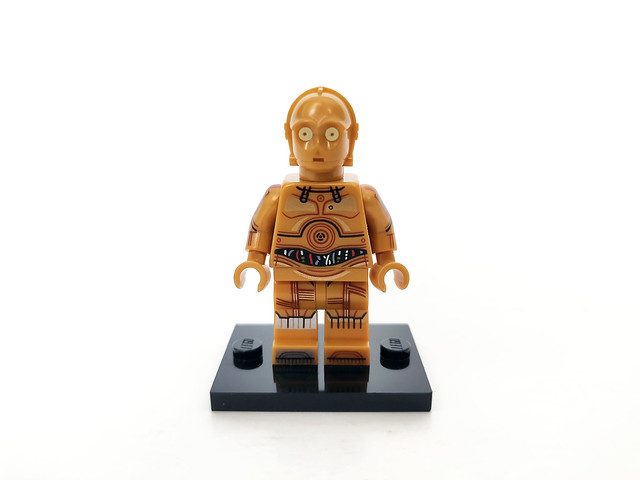 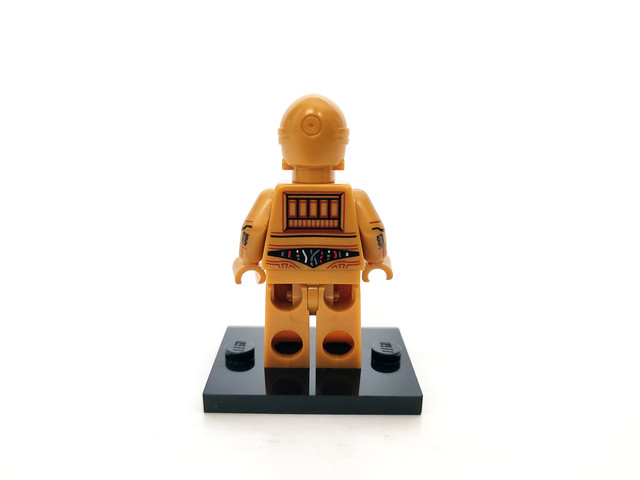 Lastly, R2-D2 has also been updated with a new body and head dome. The details are very minor from previous versions but trust me, they are different. 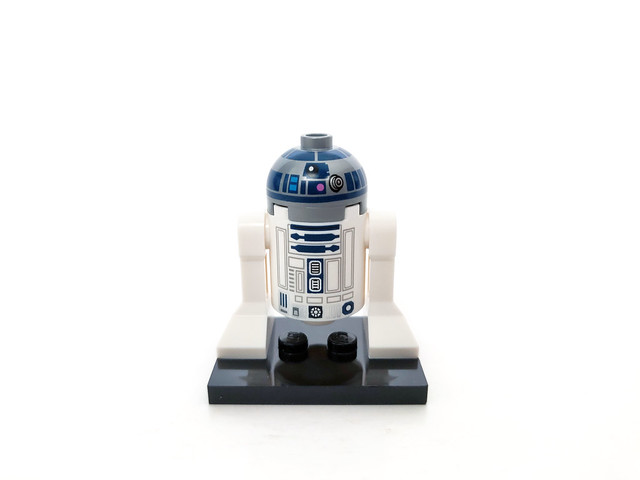 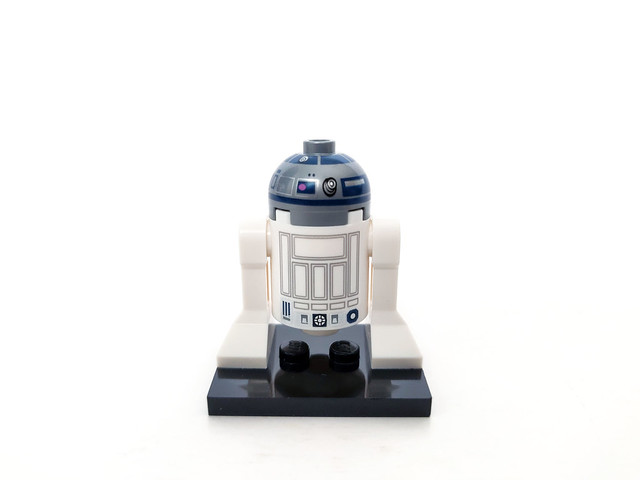 The first bag gives you the parts to build the base of the diorama. It is bad up of mostly tile pieces to recreate the murky water of the trash compactor. In the middle, you have some trash as well as the red eye of the Dianoga. 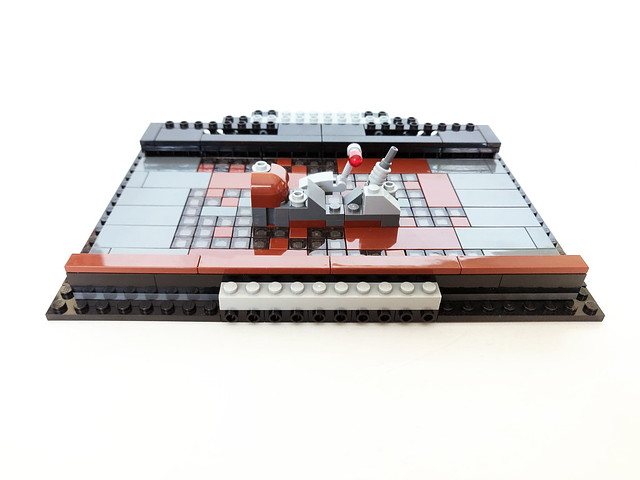 The next bag creates the back compactor wall. The middle of it has a door that doesn’t open up. On the other side of the wall, there is the computer panel where C-3PO and R2-D2 try to override to save the crew. The panel itself is a printed 2×2 tile. The whole wall section is secured using some Technic pins. The front of the diorama has some printed tiles of the LEGO Star Wars logo as well as a quote from Han Solo. 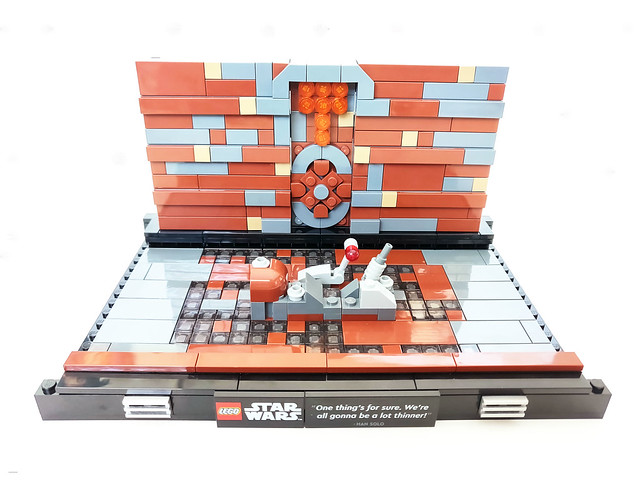 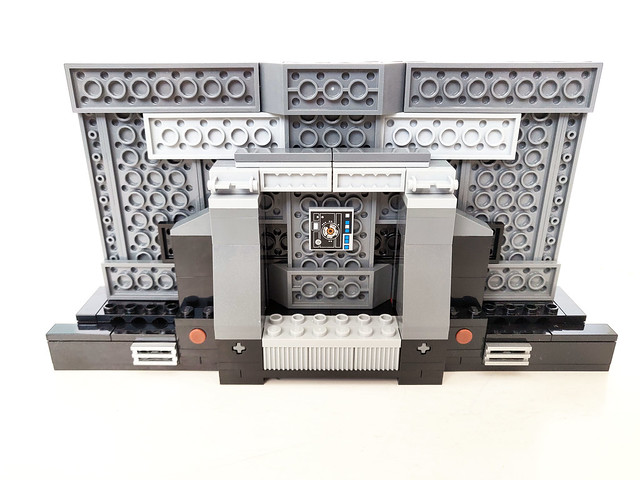 The third bag has the parts for the left compactor wall. There are some trash that are connected to the section such as some robot parts. The section slides into the spot and is secured with some bricks on the edges.

The last bag is for the right wall as well as even more trash piles. Like the other wall, it also slides in from the right side and secured with some edge bricks. There is a hose towards the back wall that connects both wall sections. 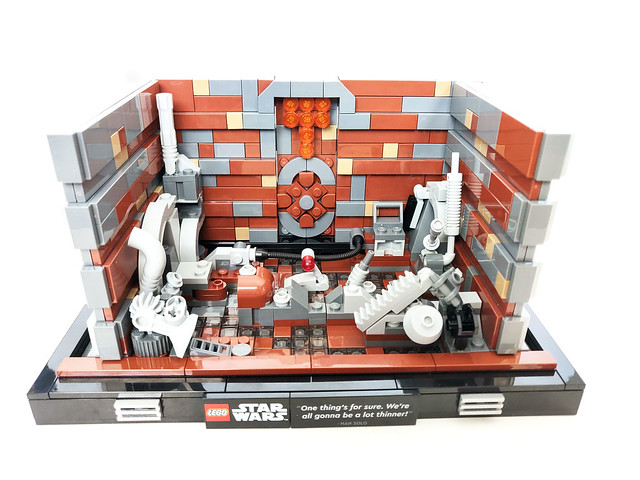 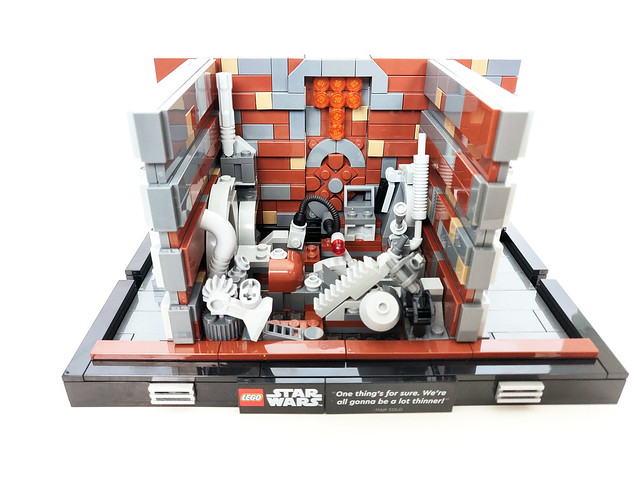 After completed, the two walls can close up to a very small space. All of the minifigures, besides the droids, are able to fit in there. Be careful of not pushing the walls together too fast or else the hose will pop out. 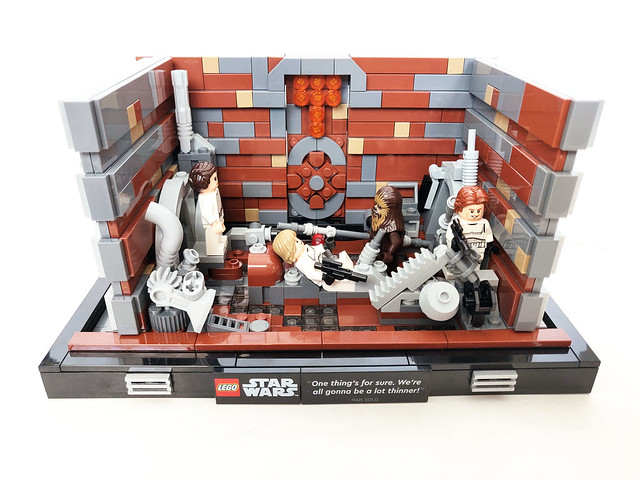 Overall, the LEGO Star Wars Death Star Trash Compactor (75339) is a new little model with some playability to it. I do like that all of the characters in the scene are in the set but that may also have contributed to the higher price of $89.99. You get the claustrophobic feeling with the amount of trash in the compactor combined with the small space. 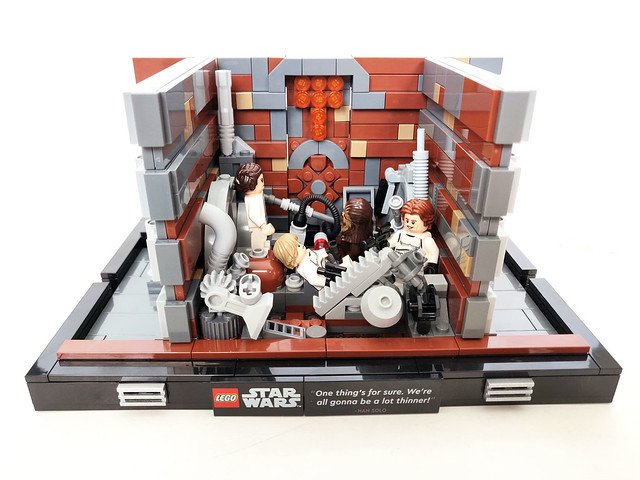