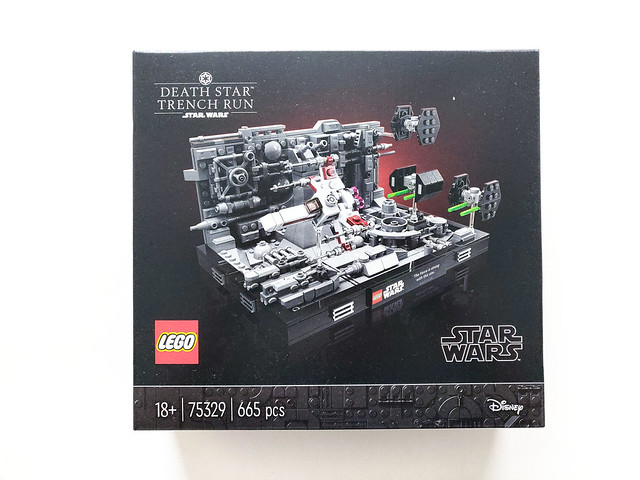 2022 is the year of the dioramas and for the LEGO Star Wars line, there will be a few sets that will be coming out later this month. The first one that we’ll take a look at is the Death Star Trench Run (75329). It has 665 pieces and will retail for $59.99. The complete build recreates the climax scene from Star Wars: A New Hope at the Death Star. 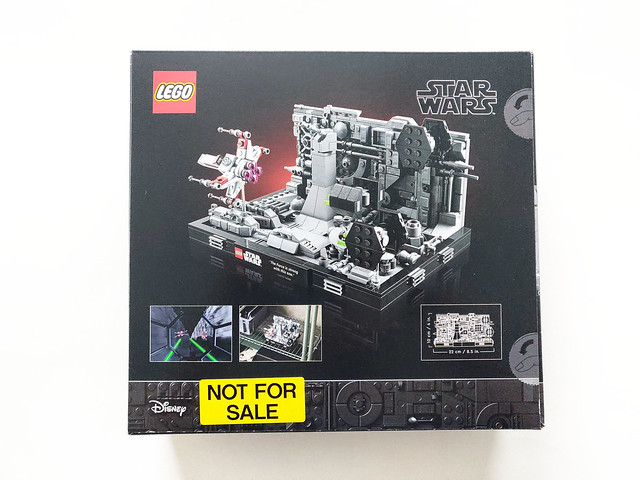 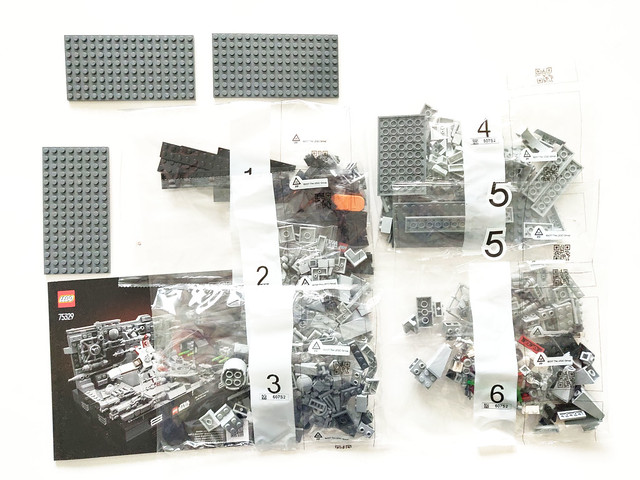 Before we get started, I will say that the main feature for this set is a LEGO technique called greebling. If you’re not familiar with what greebling is, it is a technique in which small pieces are added to a build to give it additional details and for the surface of the Death Star, there are a lot of details on it.

The first part of the build creates a base or the final model. Surrounded by black tiles and some metallic silver grill pieces. The front of the base has some printed tiles for the LEGO Star Wars logo as well as a quote from Darth Vader stating, “The Force is strong with this one.” 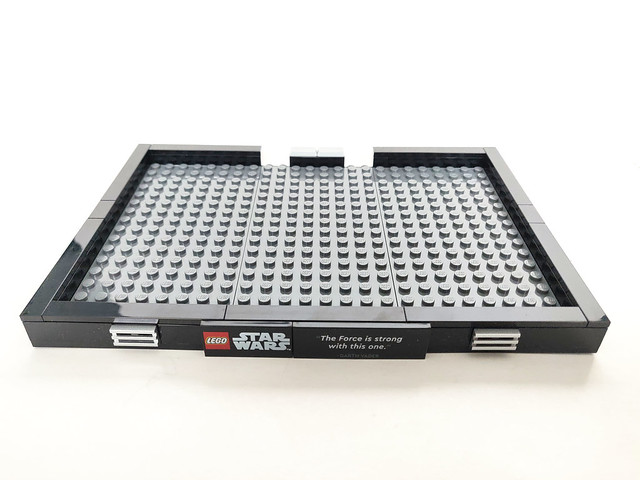 The second bag allows you to add details to the Death Star surface. There are a number of various LEGO pieces used here including tiles, grills, ingots, and binoculars. It also has some smaller builds here like the generators in the middle and on the side. 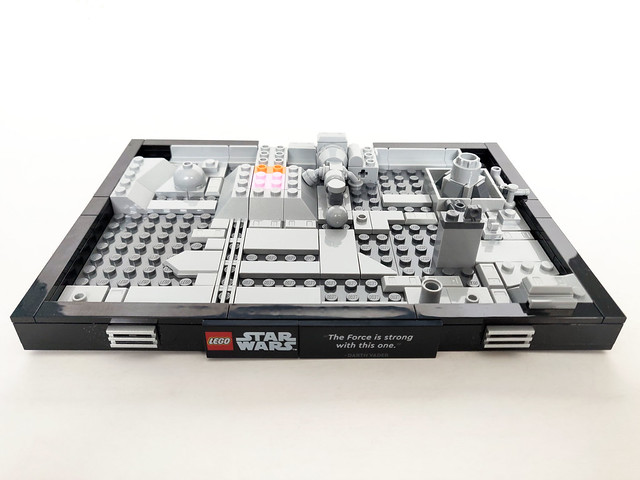 The next bag adds on a lot of detailing to the surface. There are more small builds to fill in the gaps throughout and there some neat parts usage to give those details. 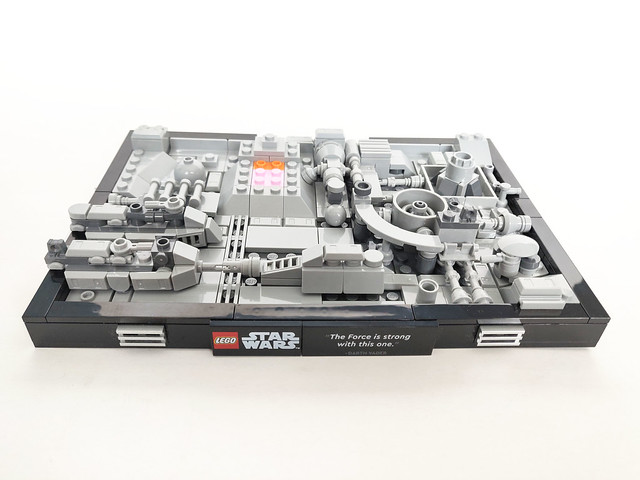 Bags 4 and 5 gives you the parts to create the adjacent wall. There’s more of the similar detailing as on the lower surface. The main thing that your eyes go to is the piping system that goes from the left side and ends on the right. Note that they are smaller builds that work together to get the end result. You can connect the two large panels together on the back side by using some pins to secure them. 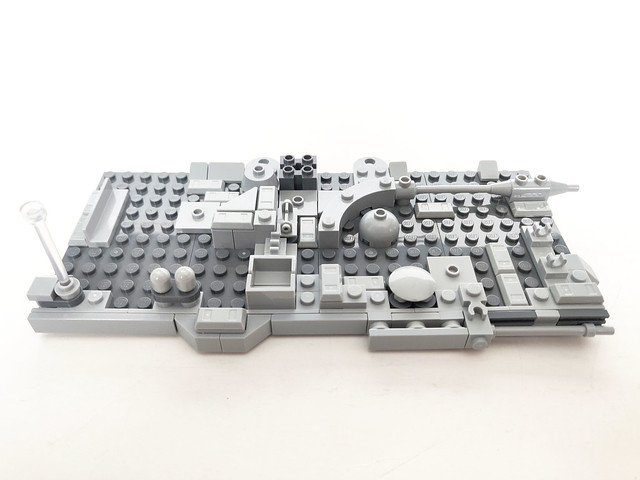 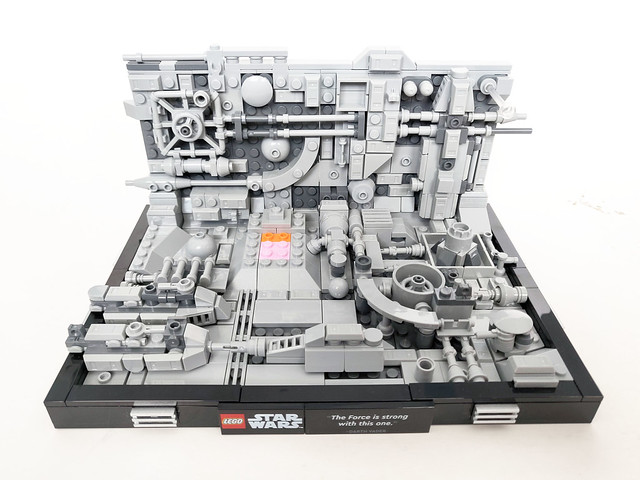 The last bag is used to build the four ships in the scene. Luke’s X-wing in the front left has a printed tile of R2-D2’s head behind the cockpit. There is also minibuilds of Darth Vader’s TIE Advanced Fighter flanked by two TIE Fighters on the right side. All of the ships are propped up by clear pieces to make it seem like they are flying. 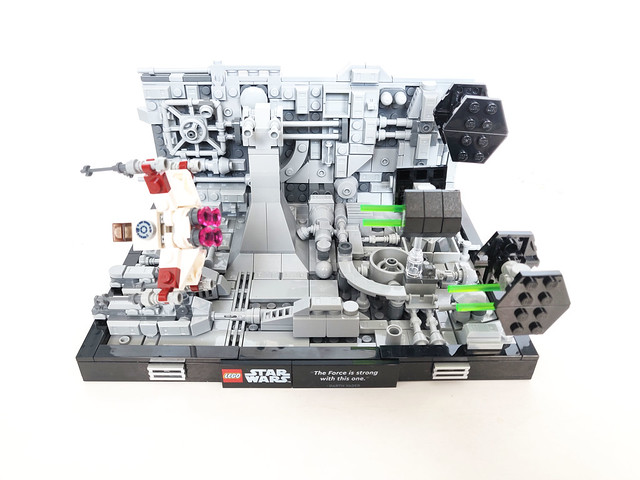 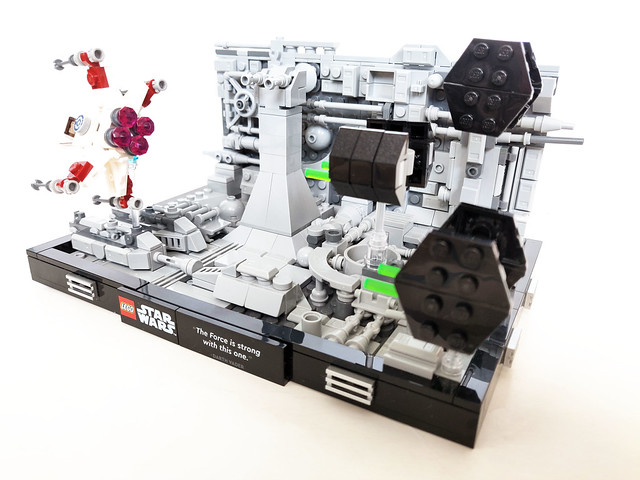 Overall the LEGO Star Wars Death Star Trench Run (75329) is one of the more detailed sets that I’ve seen in a while. Even though it is a smaller set, there is actually a lot going on. If you’re looking for some inpiration on how to greebling, this set is a good start. The printed tiles are also a nice touch and gives the set as a whole a more higher quality feel to it. 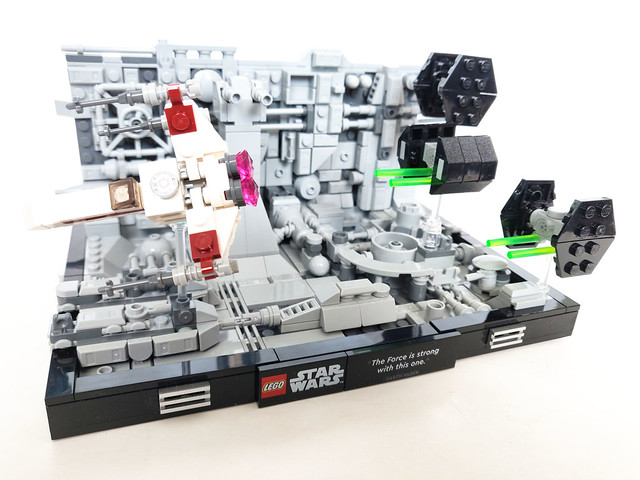