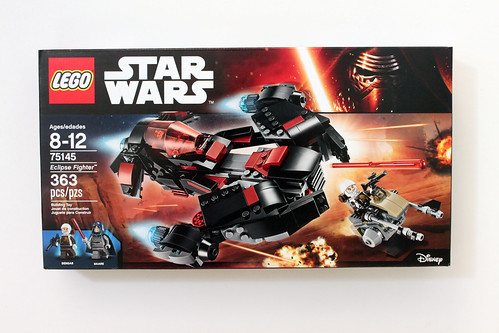 Back in February, it was announced that LEGO will be releasing a new animated series on Disney XD called LEGO Star Wars: The Freemaker Adventures and in conjunction with the show, there was a couple of sets released as well. LEGO has kindly sent over the two sets for us to review including the Eclipse Fighter (75145) and the StarScavenger (75147). In this post, I’ll be review the smaller set with the Eclipse Fighter. It contains 363 pieces and retails for $29.99 which is a pretty good price/piece ratio. The contents of the box include three numbered bags and the instruction booklet.

**WARNING: If you haven’t watched LEGO Star Wars: The Freemaker Adventures, I suggest watching it over on Disney XD as it does have an interesting original storyline which is set between Episode V: The Empire Strikes Back and Episode VI: Return of the Jedi. There will be some minor spoilers in the reviews.** 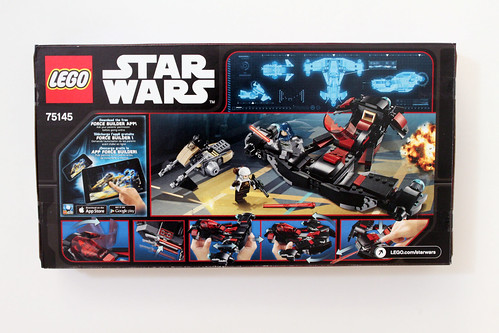 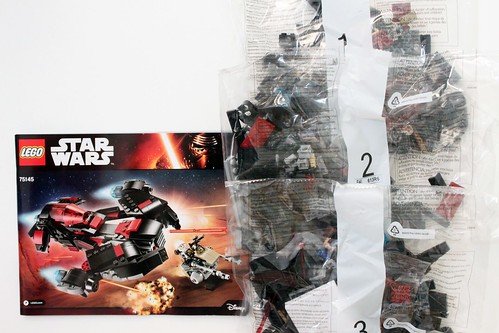 For this set, we have only two minifigures, Naare and Dengar.

Naare is a Sith who befriends the Freemakers in the first episode in order to find the Kyber Saber crystals for the Empire. She has a gray tunic similar to what the Jedi wear. She does have a double-sided head and the first thing you’ll notice is her facial markings. On one side, Naare has a normal expression and shows some white markings and she has a black hairpiece to go along with it. The other side of the head shows her angry expression with the facial markings now being red. Naare does have a dark blue hood and a soft fabric cape to complete her look. Her accessory is a red lightsaber with a curved hilt similar to Count Dooku. 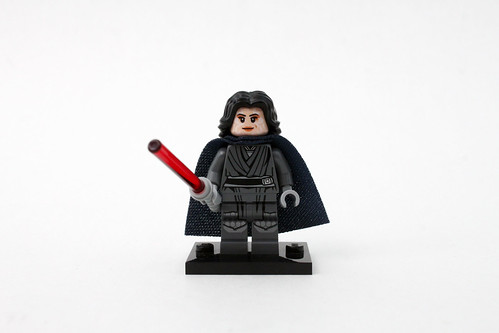 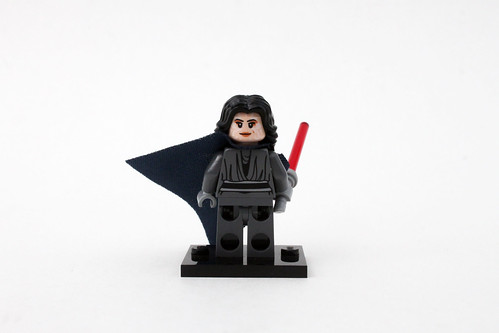 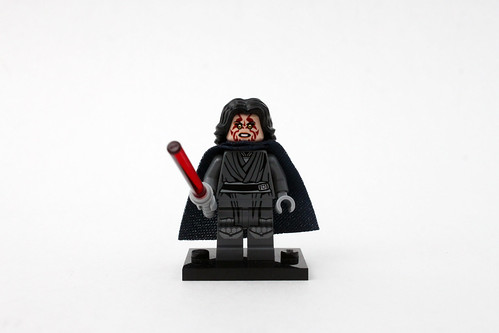 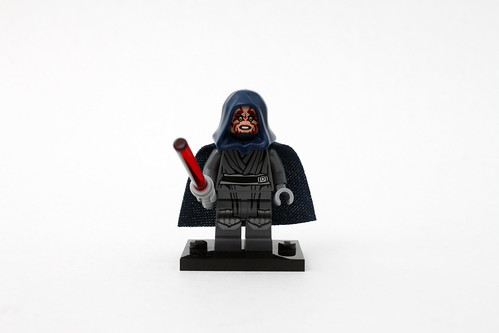 Dengar makes some appearances in the show as he is working for Graballa the Hutt. He wears a mostly brown and white outfit and is a new design for the TV series. The torso has a neat design for the plate armor with some tan thrown in to give a more rugged look. Attached between the head and the torso by the way of the bracket piece is a backpack. His head is wrapped in a white turban and the look is completed with the head bandage piece from the Clumsy Guy from Series 15 Collectible Minifigures. Dengar’s accessory is a blaster rifle. 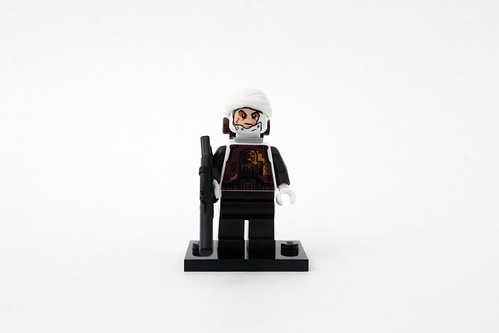 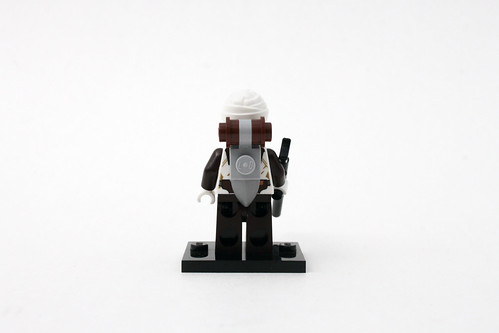 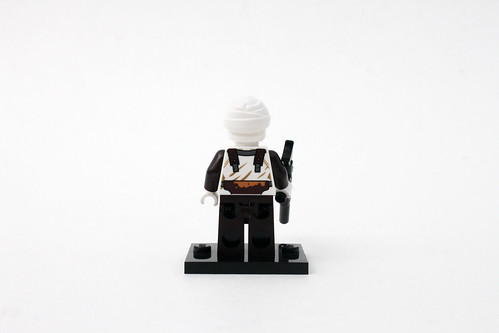 There are two parts to the build of the set. The first is Dengar’s short speeder bike. The main color scheme for it is gray and tan. It’s a pretty simple build but it looks really good. The scale of it is spot-on as it isn’t too big or too small. The front of it is attached with a hinge and there’s a trans-clear cheese slope for the windshield. The handles for the bike is also attached in this hinged area. The rest of the speeder bike is the other half and there’s a spot for Dengar to sit on. The back has a clip to hold his rifle. 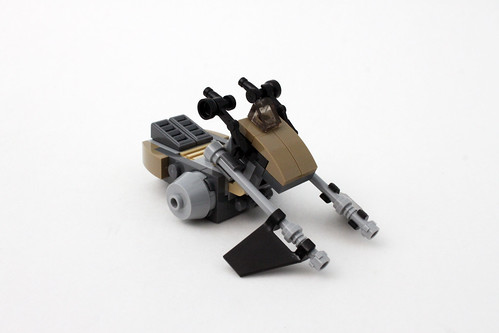 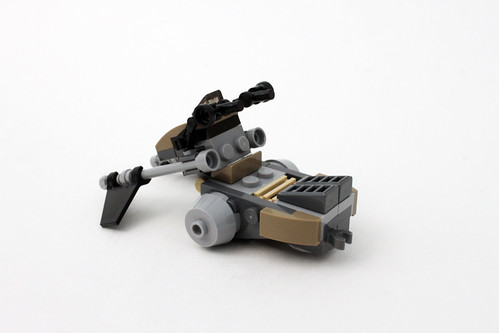 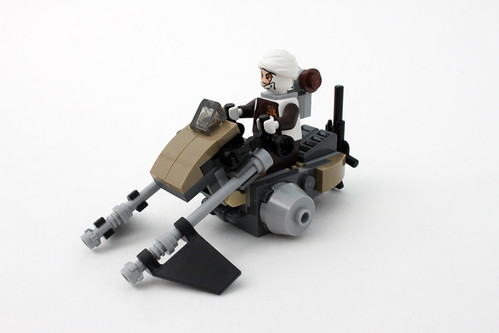 The rest of the parts are for the Eclipse Fighter itself. The size of it is a little bigger than some of the smaller LEGO Star Wars ships like the Jedi Interceptor/Starfighters. There are a lot curves and angles to give it a fairly sleek look. The color scheme is basically black with some red throughout. The front of the ship is the widest area as it does have a play feature. When you pull out the front with the transform function, it reveals the two hidden spring-loaded missiles that you can shoot out. Shooting them is a little bit hard especially if you have larger fingers because the the area to shoot them is pretty small. On the sides of the wings are some printed 2×2 round tiles that look pretty cool. 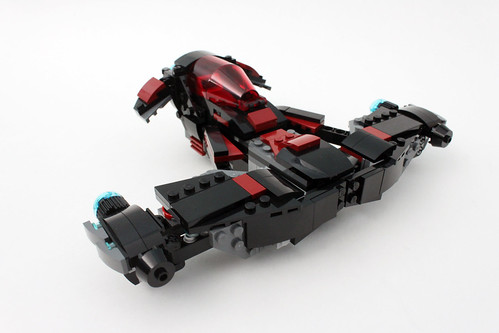 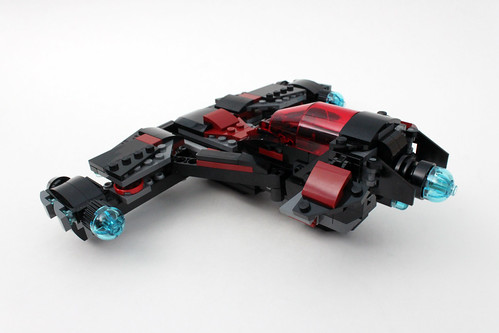 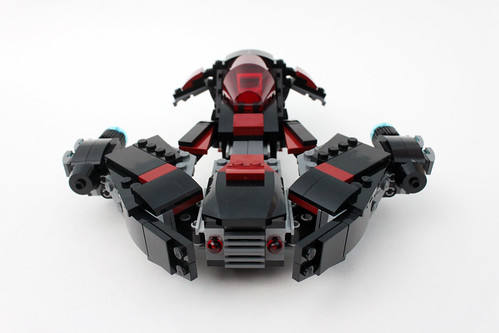 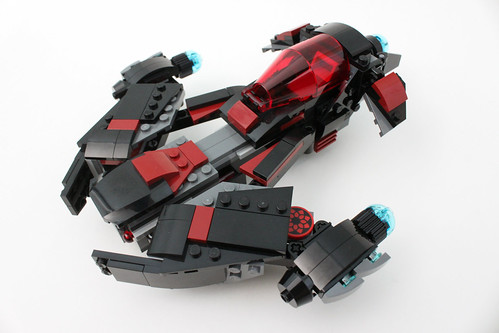 The windshield is dark red and when you open it, it reveals pretty much nothing in the cockpit except for a seat for Naare. There’s no controls or panels and I’m not really surprised there isn’t anything included considering the amount of space in the area although there were controls shown in the show. Also, you’ll probably have some issues with the cape not being able to put all of the cape in the seat unless you take it off. Towards the back of the ship, there are some moveable wings and fins to give it some more detail. One last thing is the use of trans-blue domed pieces for the ship’s thrusters. 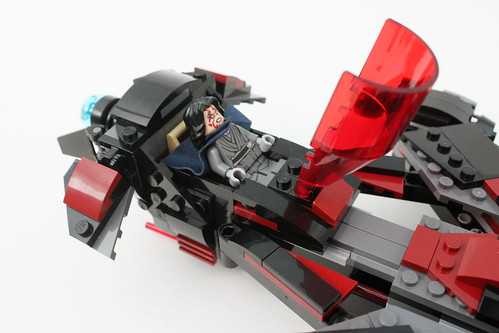 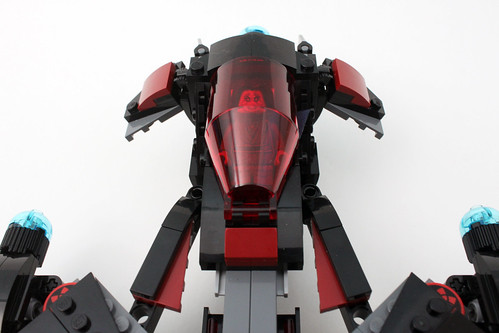 Overall, the Eclipse Fighter (75145) is an interesting ship and looks pretty much similar to the source material from the show. There are some features that give the ship a lot of playability such as the moveable wings and flick-fire missiles combined with the swooshability of the ship.

The two minifigures of Naare and Dengar are pretty much spot-on. The Dengar minifigure is the third version of the character as a LEGO minifigure and is a good update as the last one was five years ago. His speeder bike isn’t too shabby of vehicle either. 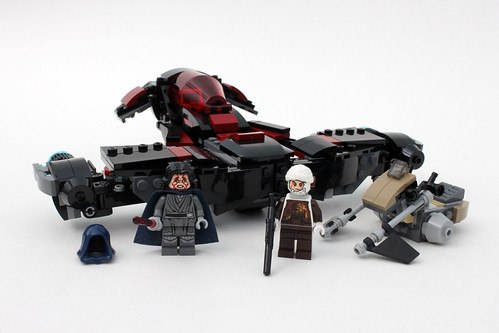