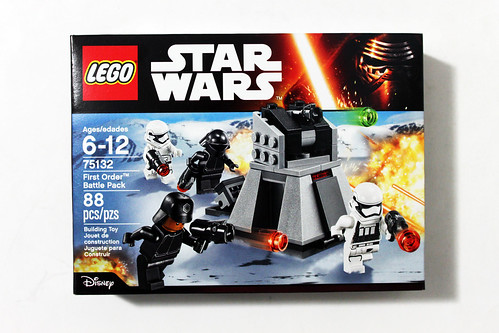 For my first of the LEGO Star Wars: The Force Awakens 2016 sets, I have the First Order Battle Pack (75132). It consists of 88 pieces and retails for $12.99. The contents of the box include two un-numbered bags and a small instruction booklet. Feel free to keep reading and not be worried about being spoiled because there are no spoilers in my reviews of TFA sets. 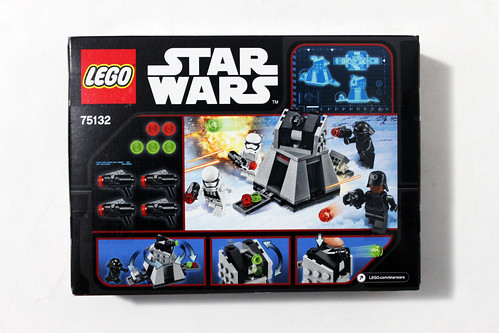 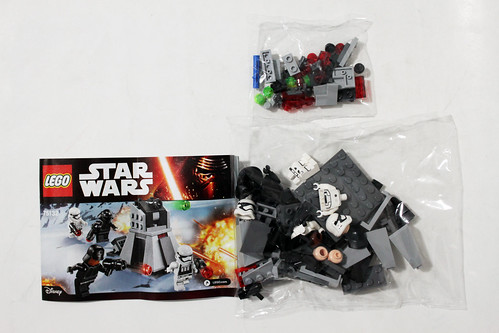 The First Order Stormtooper is the same one as in set 75103 and it has some new detailing on the legs and on both sides of the torso. The helmet also gets a newer look however the head is still the usual Clone Trooper head that we’ve been getting for a while. The accessories included in the set are very lackluster and they all have a small stud shooter. 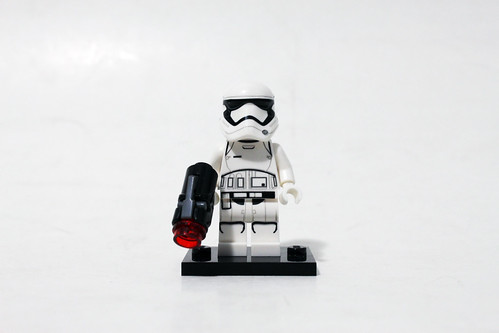 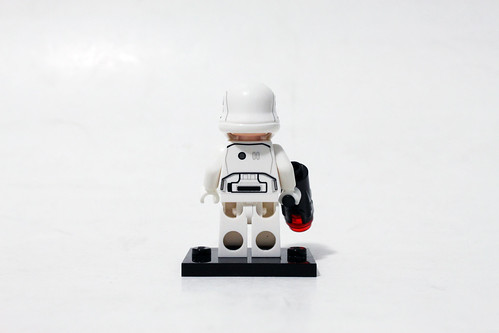 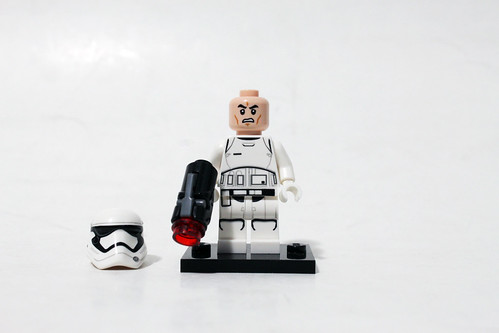 Next up is the First Order Heavy Gunner Stormtrooper which is exclusive to this set. This is the first of its kind in minifigure form. He looks similar to the Stormtrooper but he has some extra printing for the artillery vest and straps on the torso. The head, helmet, and legs are the same as the Stormtrooper. Again, he has a stud shooter as an accessory. 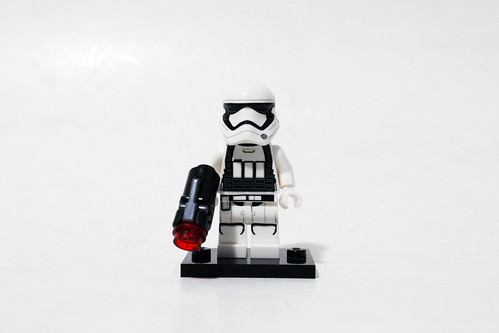 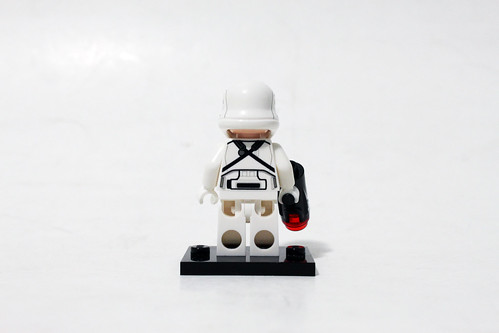 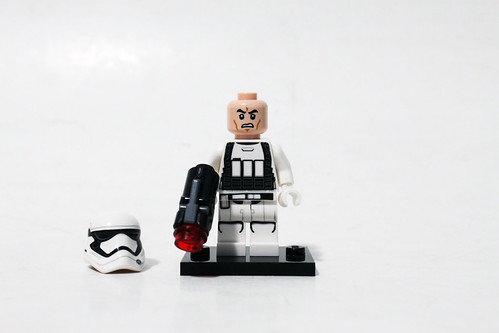 Following that, we have a First Order Crew minifigure. He has already appeared in the initial wave of TFA sets back in September and has a black printed torso with black legs. He also has a larger black helmet. 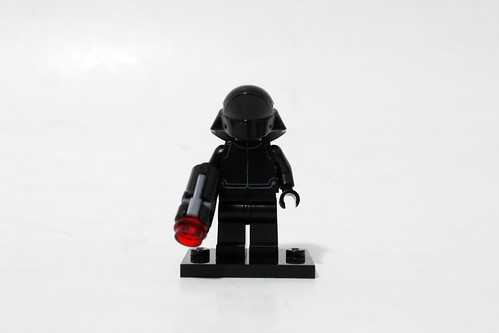 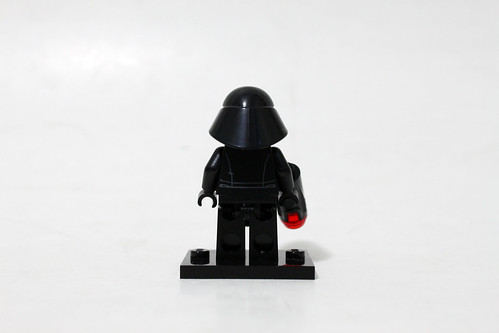 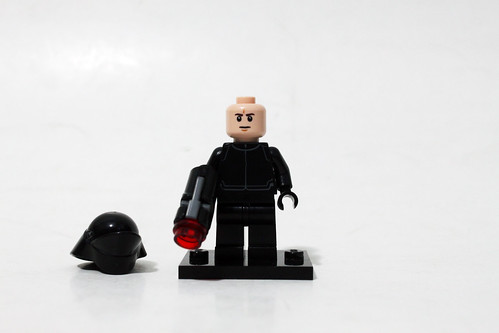 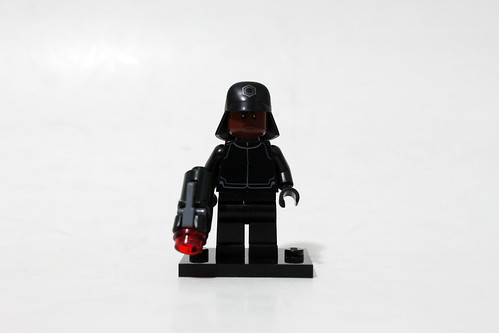 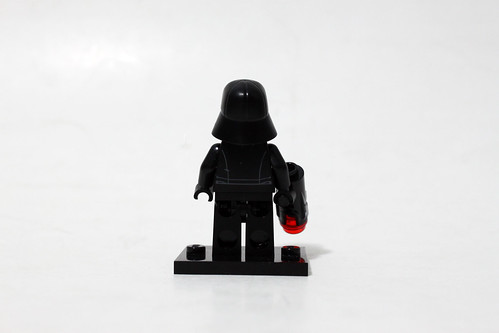 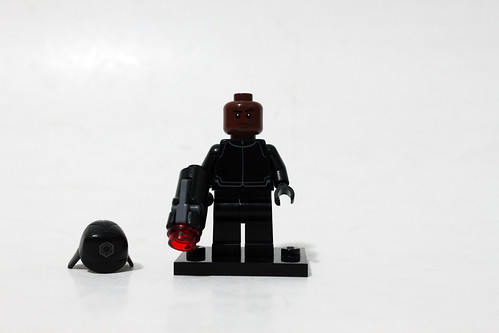 As with many other Star Wars Battle Packs that LEGO has released, there’s always something to compliment the minifigures and for this set, we have a rotating turbolaser turret equipped with another stud shooter as well as a control panel and ammo storage. The stud shooter on the turret is able to shift vertically and can rotate a full 360 degrees making it have a wide range of playablility. 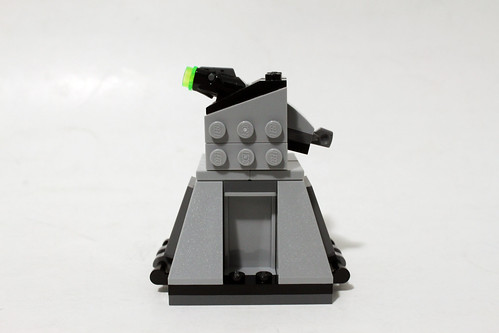 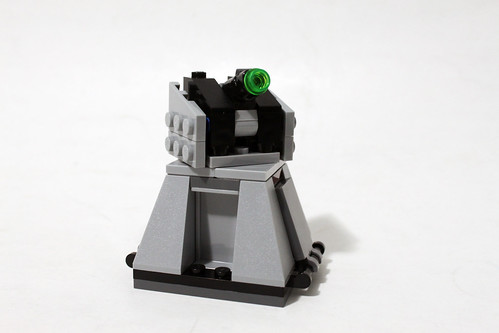 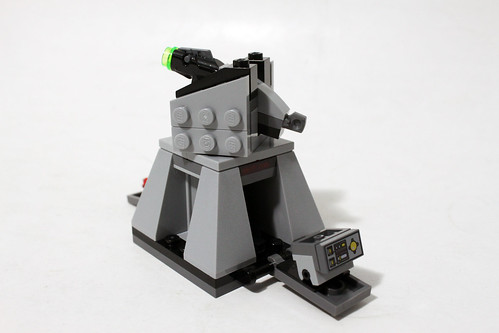 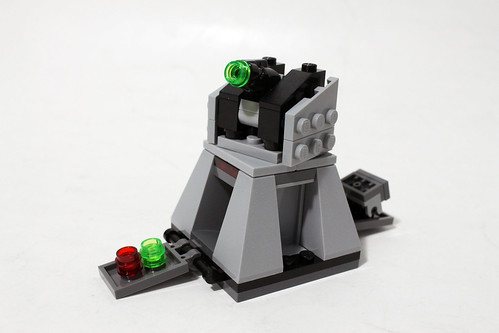 The First Order Battle Pack (75132) will be officially available on January 1st as it has a hard release although some retailers like Target and Walmart have been selling them a little early. 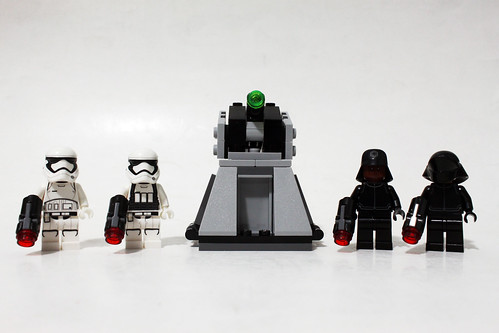