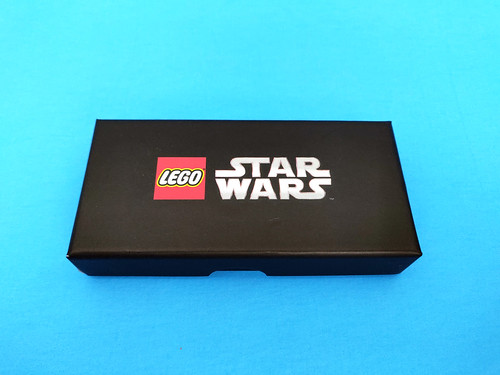 A few days ago, we got our first look at the LEGO Star Wars Han Solo Carbonite Metal Keychain (5006363) which was shown on the November 2020 LEGO Store Calendar. LEGO was kind enough to send one over for us to take a look at. 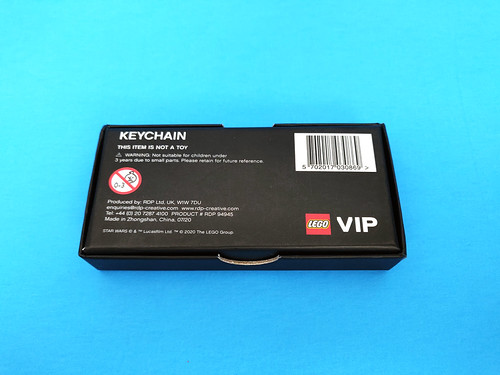 The keychain comes in its own storage box. Securing it inside the box is a hard foam which keeps it snug. 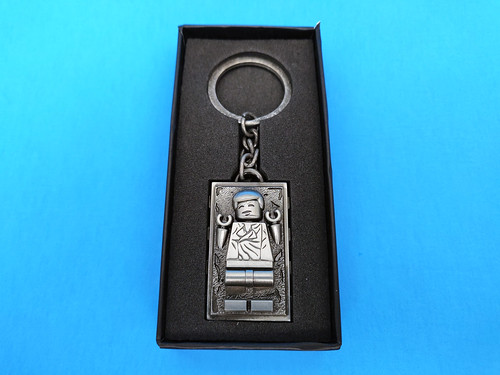 Taking it out, you’ll get a surprise as it is way heavier than you’ll probably expect it to be. Coming in at 61 grams, it’s quite heavy and I don’t think you would really want this with your keys. I believe it is made out of stainless steel as it doesn’t attach to a magnet. The back of the keychain has an engraving of the LEGO VIP logo as well as the legalese. The size of the keychain is pretty much the same size as a standard LEGO minifigure. Unfortunately, I don’t have my regular Carbonite Han minifigure nearby so I can’t compare the two. 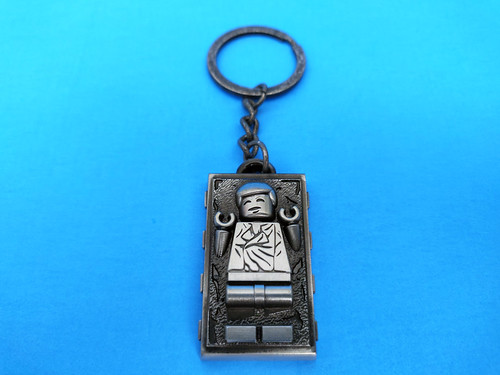 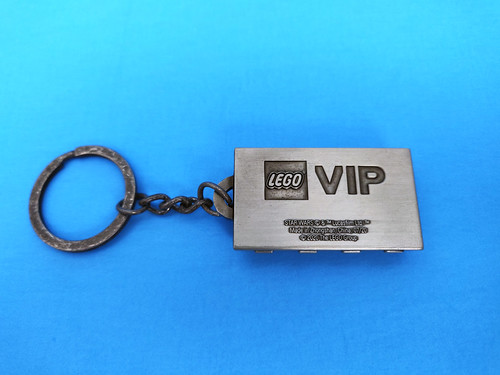 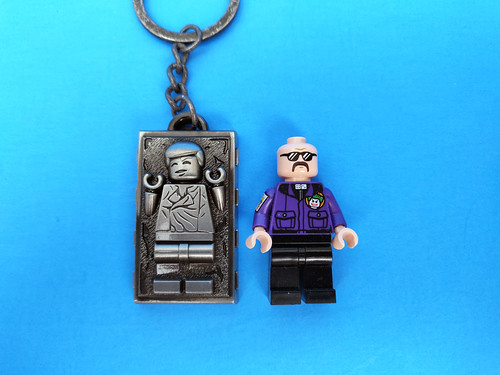 The LEGO Star Wars Han Solo Carbonite Metal Keychain (5006363) will be available on the LEGO Shop from November 1-8 with LEGO Star Wars purchases of $100 or more, while supplies last. Is the keychain worth that high purchase requirement? I don’t think so as a $50 or even a $75 purchase would have sufficed but it is higher quality which also includes the packaging as well. I’ll probably keep it somewhere in my drawer for safekeeping.