In 2009, there was a contest in conjunction with Toys ‘R’ Us for the Fan’s Choice Set. The Home One Mon Calamari came out the winner of the competition. The set was released in August 2009 and retails for $109.99. There are 789 pieces which is at $0.14 per piece. The pieces are distributed in 12 bags which is about 4 bags per section of the set. The Home One Mon Calamari is a Toys ‘R’ Us exclusive although you can find it on Amazon or eBay. It is also part of the LEGO Star Wars 10 year anniversary sets. 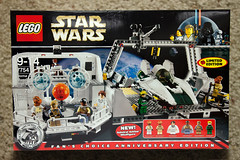 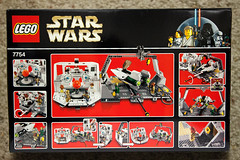 Admiral Ackbar is in his white Admiral uniform. His head is a hard plastic mold and looks really detailed. The Mon Calamari Officer has a tan uniform but the exact same head as Ackbar. Mon Mothma has a white torso and legs. There are silver necklace patterns on the torso. Lando Calrissian has been promoted to General as distinguished by the blue cape. General Madine has a tan uniform with blue arms and collar. The A-Wing pilot has a green uniform representing the Green Squadron during the Battle of Endor. 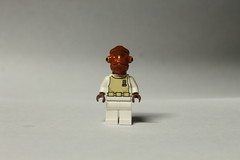 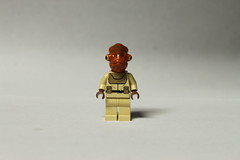 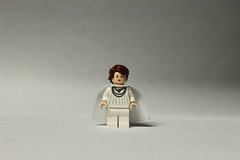 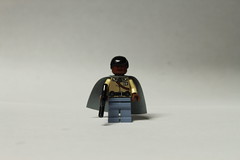 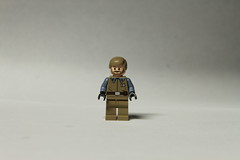 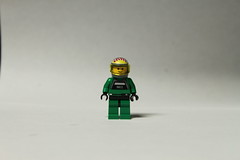 First, you start off building the A-Wing. It’s a simple and straight-forward build although there are quite a few stickers to put on. The neat part of the ship is the removable engine. It can be held in place by the white flaps on the side. The ship’s canopy opens backwards and the pilot sits pretty flush. 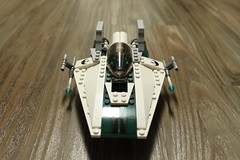 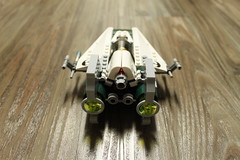 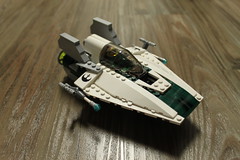 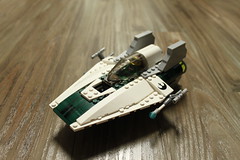 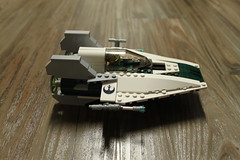 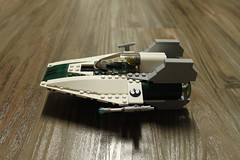 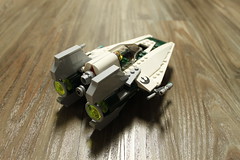 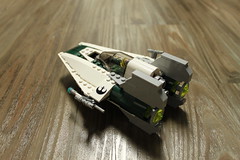 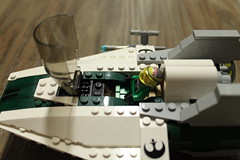 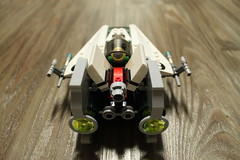 The repair hanger part of the set allows the A-Wing to be docked and repaired. It can be rotated around using the Technic bar piece. There is also a crane that moves left and right used to pick up the ship’s engine so it can be repaired. On the side, there is a place to connect to the command center. 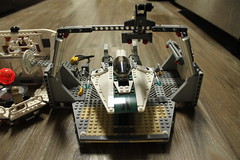 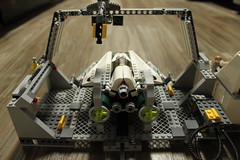 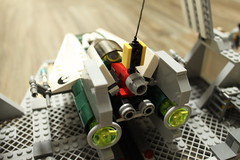 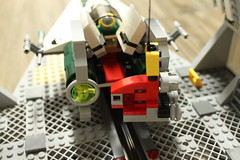 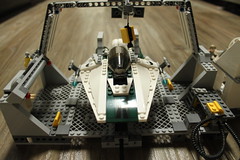 The bridge is a pretty small area but it plays an important part of the set. Admiral Ackbar sits in the middle chair which swivels around. His cup is also present in the set. On either side, there are seats for the Mon Calamari Officer and another figure. I wish there were two Mon Calamari Officers included instead of just one. I used an extra Ackbar I had for as the second bridge officer. There are a few stickers to put on in this area. The bridge overlooks the tactical/briefing room below.

In the briefing room, the main thing you will notice is the hologram globe in the middle of the room. The minifigs can stand around the hologram to discuss how to destroy the second Death Star. There are a few stickers to put on here as well. On the side, there is a door to enter the hanger. 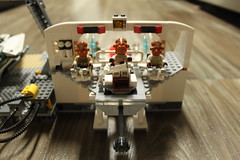 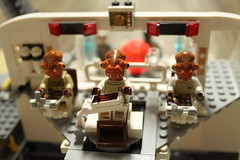 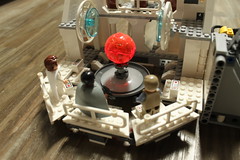 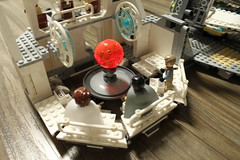 The Home One Mon Calamari set is a really a nice set to add to your collection especially because of it’s exclusivity. Here’s the rundown of the pros and cons for the set. One good thing is that there are many nice minifigures in the set especially Admiral Ackbar. Another pro is the amount of playability with the set from the hanger bay to the bridge area. There are a lot of small details that makes the set more desirable such as the crane and the hologram globe. There is only one con with the set which are the stickers. There are plenty of stickers for every section. 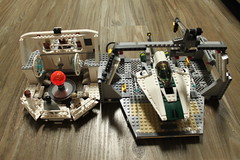