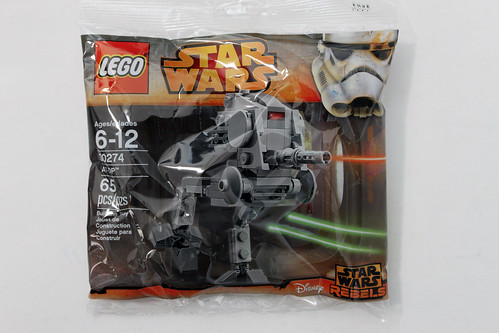 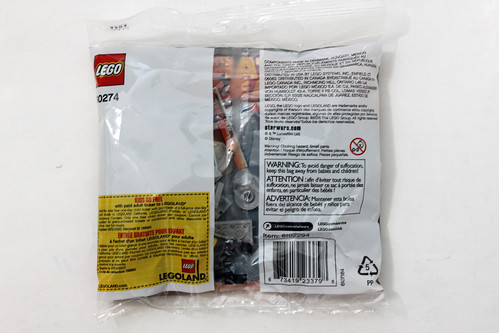 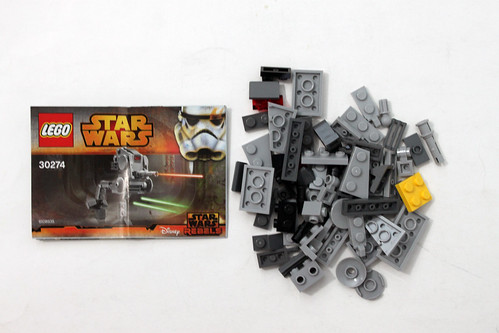 If you’re not familiar with the All Terrain Defense Pod, that is because it is a fairly new Imperial walker that’s mostly been seen so far in the Star Wars Rebels animated series. It is a variant of the AT-ST and has a armored head with a single laser cannon that is mounted in the lower front area. They are deployed to check out areas that have suspected Rebel activity. 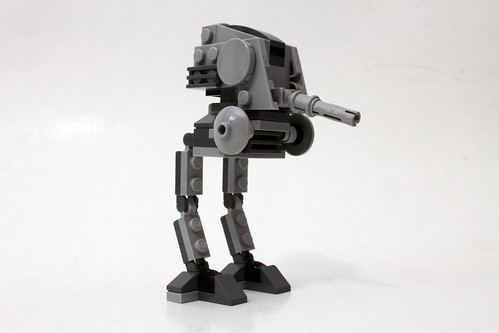 Although the AT-DP is a smaller version, it does have a similiar look as its larger counterpart with set 75083

. Note that it does not come with a minifigure but I’ve displayed one next to the AT-DP to show a size comparison. 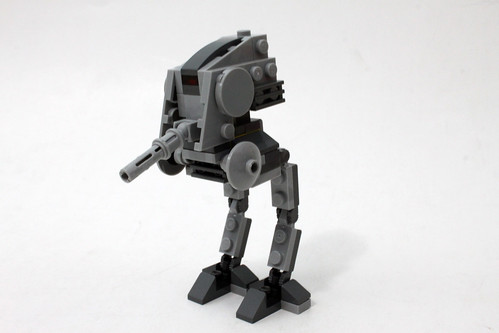 Overall, the AT-DP (30274) is good for what you get, if you can get it. I’m hearing reports that [email protected] is no longer offering the polybag even if you have a Star Wars set in your shopping cart. I’m not sure if they ran out online or if LEGO is still having issues with their website. As far as I know, LEGO Brand Stores are still handing these out but you may want to make your purchases earlier in the month and not wait because they will eventually run out as well. 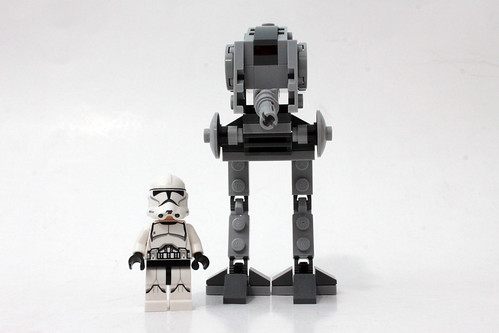