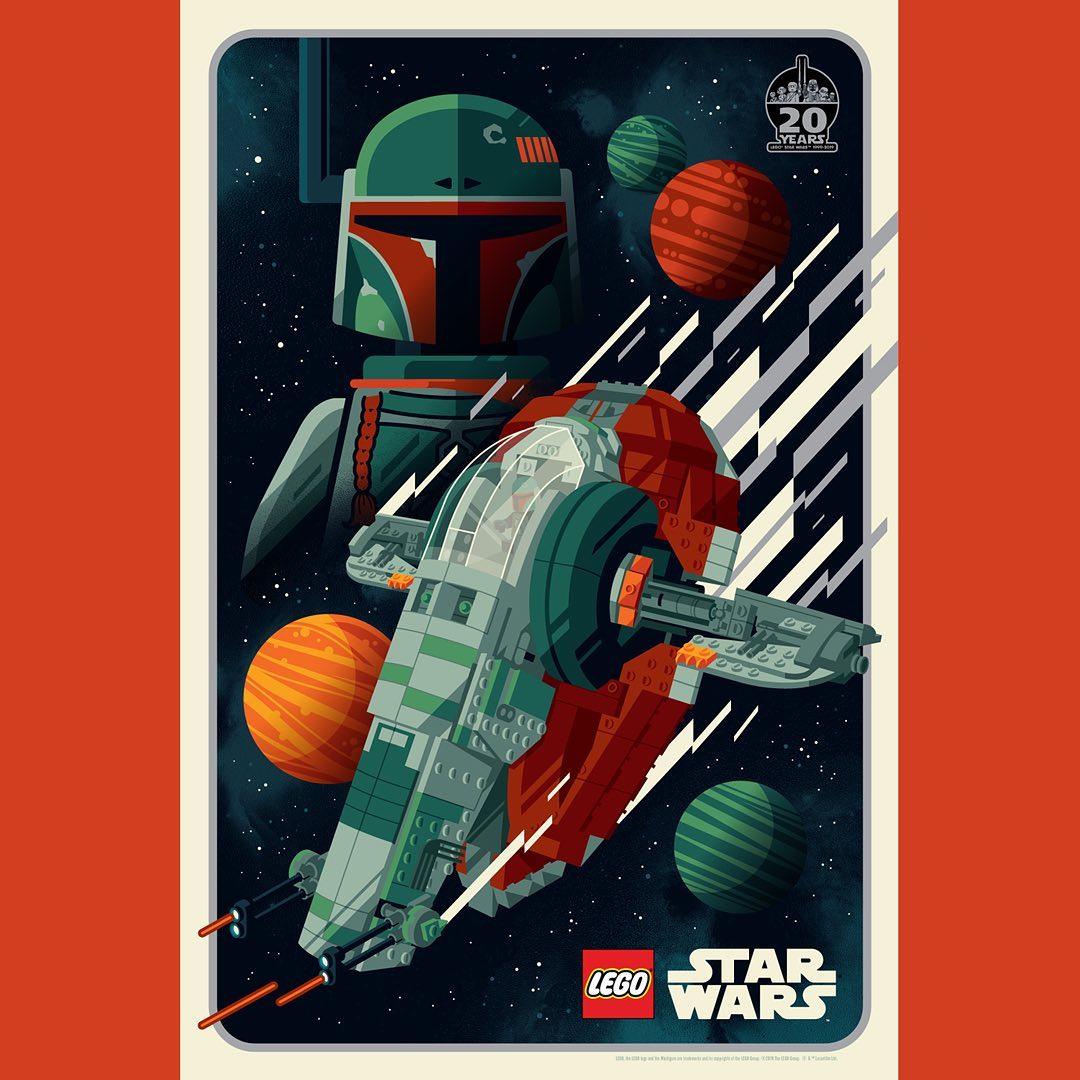 Earlier today, artist Tom Whalen has shared an image of an exclusive LEGO Star Wars promotional print that should’ve been released last month at Walmart. The print shows the Slave I (75243) along with Boba Fett in the background. As far as I know, Walmart never released this print in stores or online and I haven’t heard about any upcoming promotions for it. It’s still possible that it could be released later this year but there’s no guarantees. As of this time, we know that this print was commissioned by LEGO but it has seemingly gone into the abyss. Tom’s unique style of art has previously been used before for other LEGO prints including the Marvel and DC ones from SDCC 2017. Thanks to Chris for the heads up.

Update: Apparently, there was a promotion for it at Walmart but only at five locations in the US. Five. Thanks to Jason for the info!

it was a blast working with @lego again, this time to help them celebrate their 20-year partnership with @starwars! this limited-edition slave I print was used as part of an exclusive walmart promotion in april.