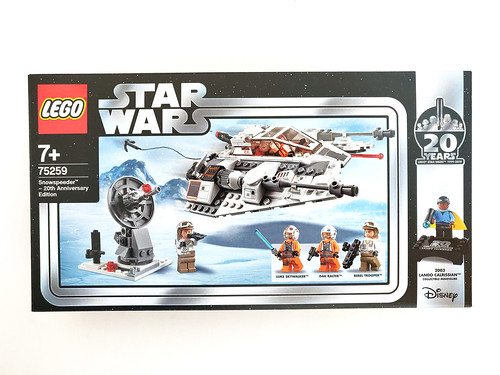 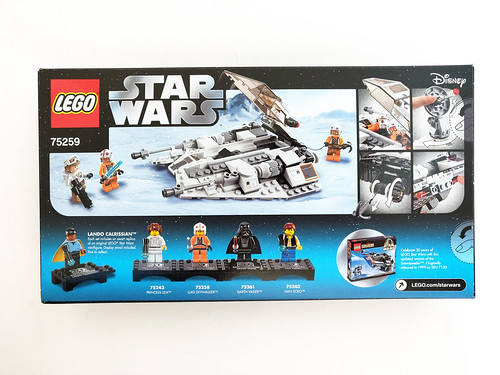 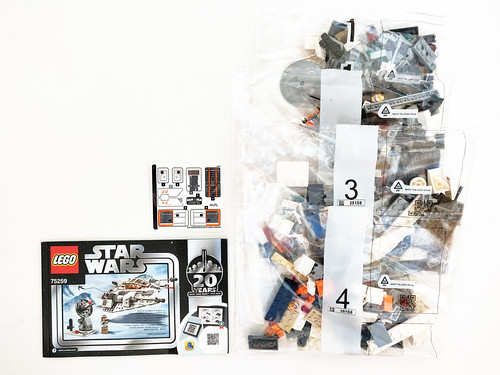 There are four minifigures in this set, Luke Skywalker, Dak Ralter, a Rebel Trooper, and Lando Calrissian.

Luke has on the orange pilot outfit with printing on both sides of the torso as well as on the legs. He has a double-sided head with a confident smirk on one side and a confident smile on the other. The head also shows the smirk side having printing of the blast shield down. His helmet shows the red Rebels emblem on the front with some detailing on the sides and on top. His accessories include the blue lightsaber and a blaster. 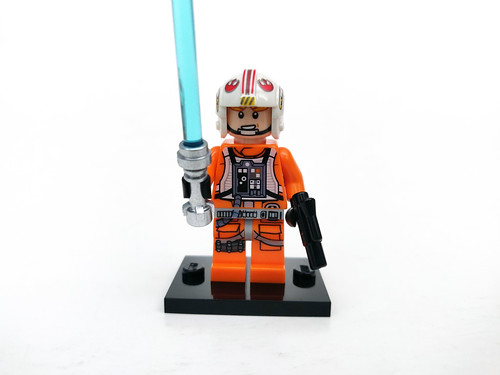 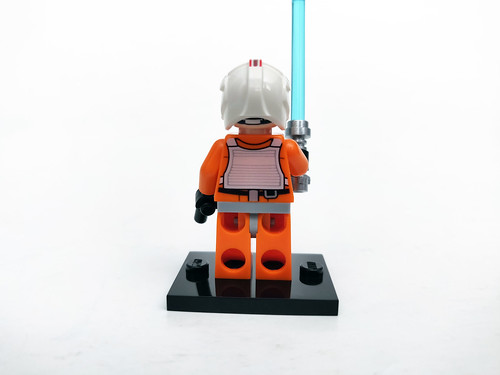 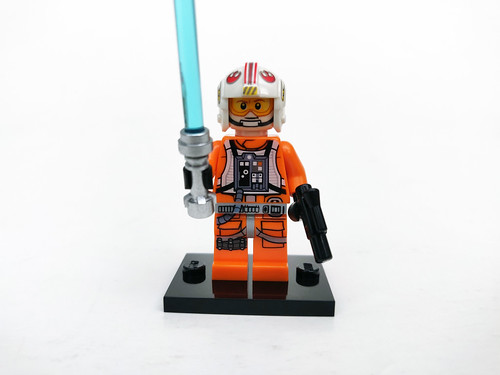 Dak Ralter has on the exact same orange pilot outfit as Luke. His double-sided head shows the blast shield down on both sides with his expressions being a smile on one side and a terrified look on the other as if he was milliseconds away from being shot. His helmet is similar to Luke’s except that it has the blue Rebels emblem and a different design on the sides. His accessory is a blaster. 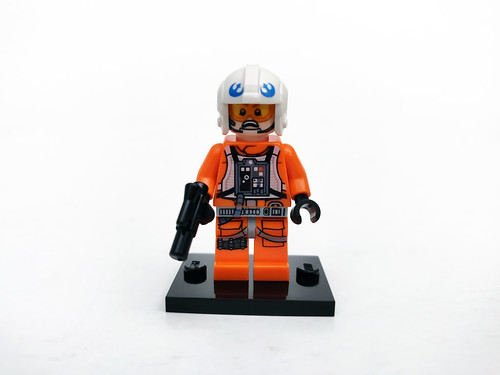 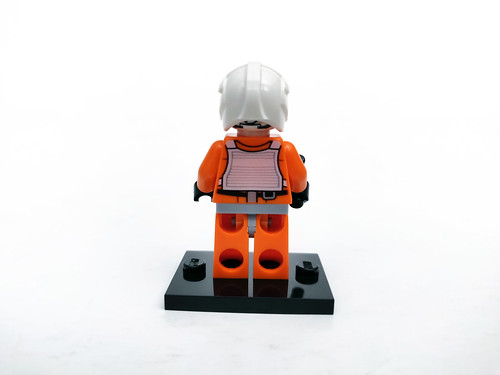 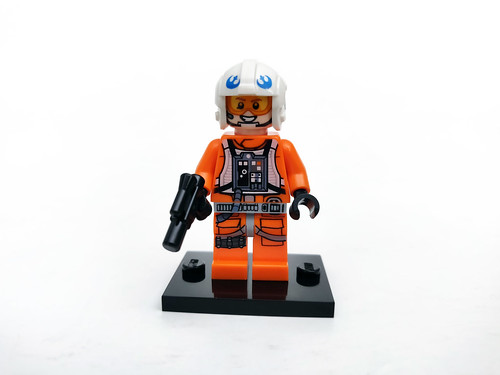 The Rebel Trooper has an updated torso that is new for 2019 and it has some metallic silver printing for the badge, belt, and extra ammo. Other than that, all his other parts have been used before. His accessory is a blaster with a scope. 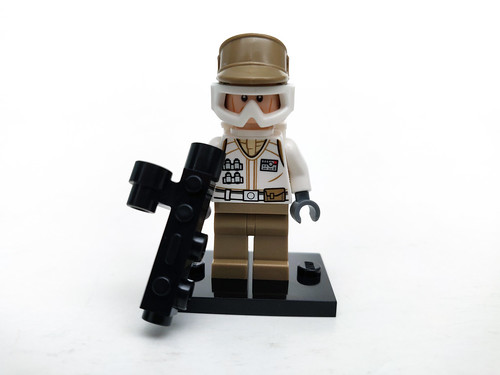 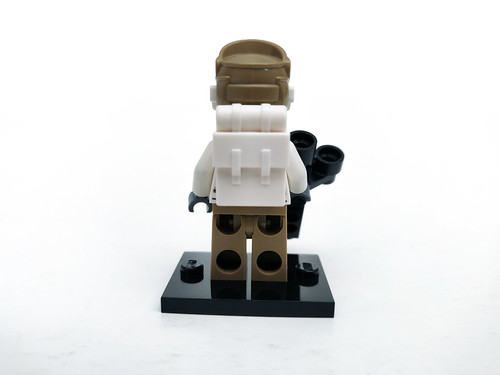 Lastly, we have exclusive Lando Calrissian who was a very coveted minifigure for many years until in recent years. Like before, he has the blue Cloud City outfit with the 20th Anniversary of LEGO Star Wars logo on the back. He has a single sided head with a smile. His blue and yellow cape completes his look. His accessory is his blaster. 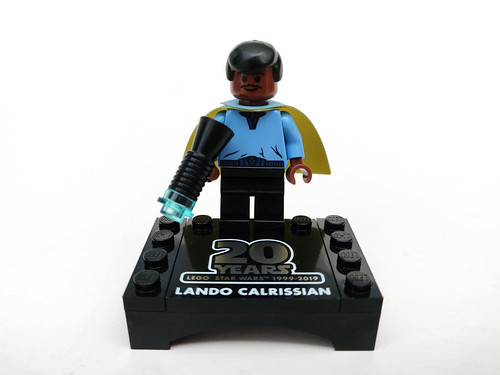 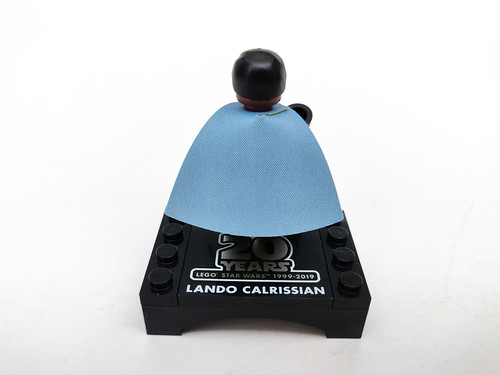 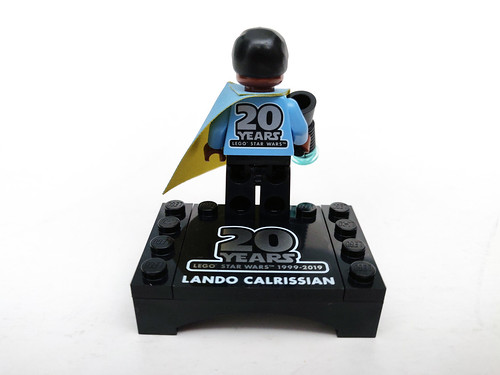 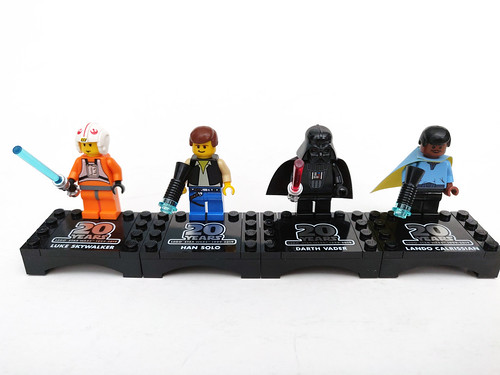 Next up is the 1.4 FD P-Tower which has a wide range of motion for a build this small. It has a full full 360 degrees of motion around as well as moving it vertically. There’s also a play feature with the stud shooter that is integrated into the turret. The corner area of the build has a spot for a pair of binoculars. 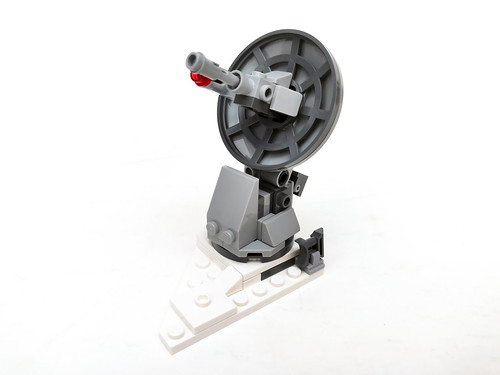 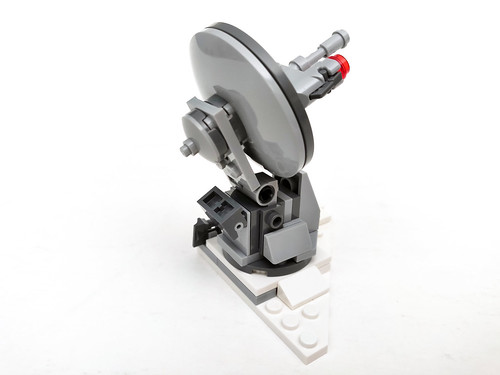 On to the Snowspeeder, there are plenty of changes to the new version that makes it more screen accurate. First is the coloring which is still white and gray but not as much gray as before. Also the orange details that were on the Snowspeeder before are more subtle now. 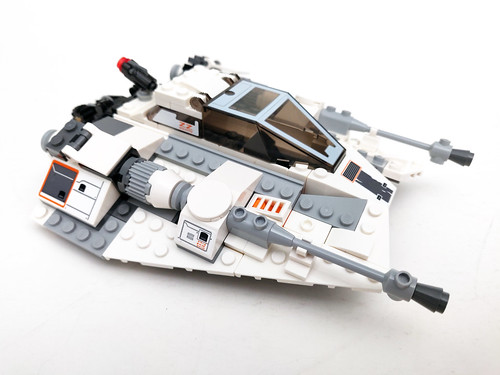 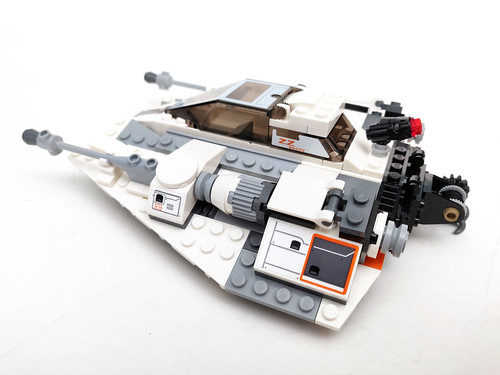 The one thing that the new version has is more stickers but they are used to show more detailing on the engine and on the windscreen. Speaking of the windscreen, it is on two hinges, one in the middle and one in the back. Behind the windscreen is a stud shooter for additional play features. 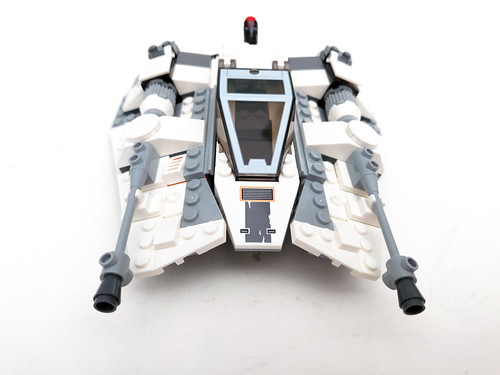 The wings are almost identical besides them being on opposite sides. The way they are attached, they are in a fixed position with a very slight wiggle. Underneath the wings are a couple of spring loaded shooters. 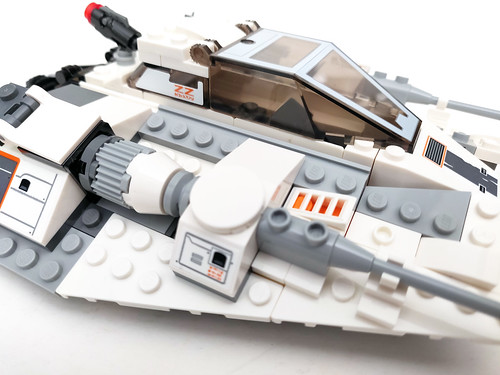 At the back of the Snowspeeder, there’s a harpoon that is attached a string. You can easily retract the harpoon by reeling it in using the gear. 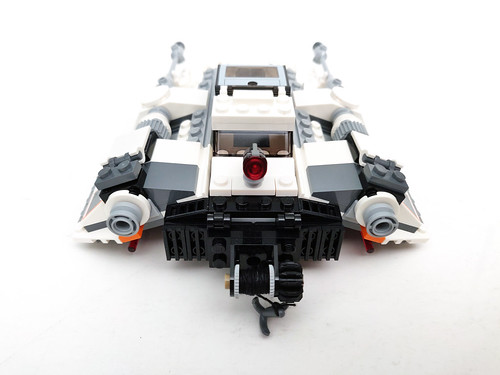 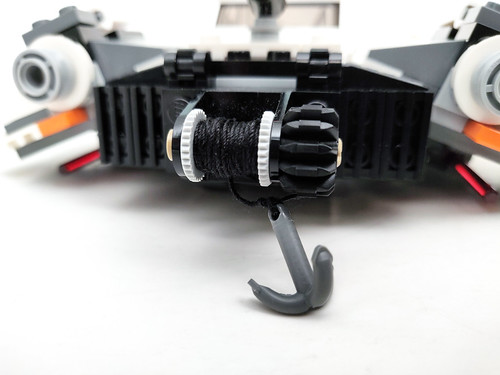 Overall, the LEGO Star Wars Snowspeeder – 20th Anniversary Edition (75259) is a decent set with a good selection of minifigures. The Snowspeeder is as accurate as it can get at this scale but there’s still some room for improvement. The P-Tower turret is also a good addition. The exclusive Lando Calrissian minifigure is the main draw here as the original one was high sought after.

The price of $39.99 is a bit high but I do recommend that you get it while it is on sale. Luckily, Amazon has a 20% discount on it as of this post. 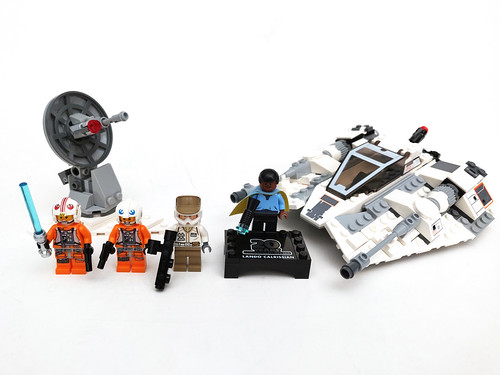