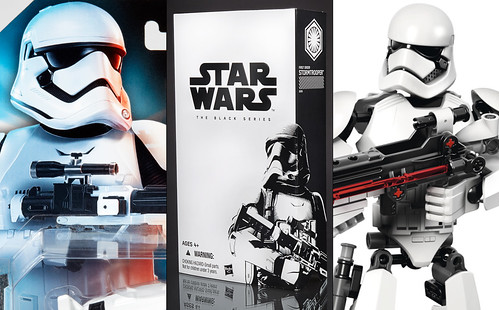 Entertainment Weekly has given our first look at the new LEGO Star Wars: The Force Awakens Buildable Battle Figures Stormtrooper. This version of the Stormtrooper is the new First Order variant that will be seen in the upcoming Star Wars movie.

The set will consist of 81 pieces and stand 9 inches tall but no mention of the pricing. It’ll be available on January 1, 2016 but you can get your first close up look at it in next month’s San Diego Comic Con. I’ll be there when it is shown off to the public so you can be sure that I’ll be taking lots of pictures of it from different angles.