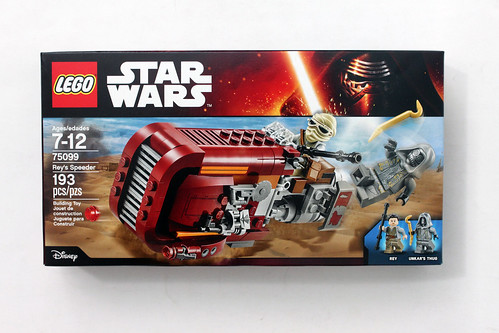 In my second review of the LEGO Star Wars: The Force Awakens sets, I have the smallest set in the initial wave, Rey’s Speeder (75099)

. We first saw a clear shot of the vehicle in the teaser trailer last year and LEGO has decided to include it in this wave. The set contains 193 pieces and retails for $19.99 which isn’t a bad price point. The contents of the box include two numbered bags and an instruction booklet. 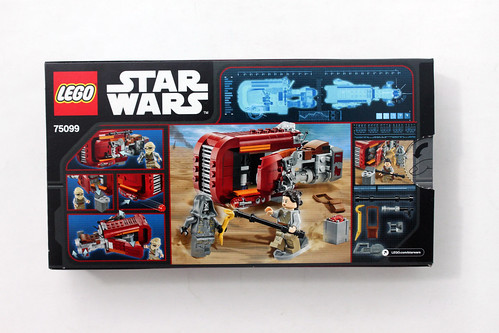 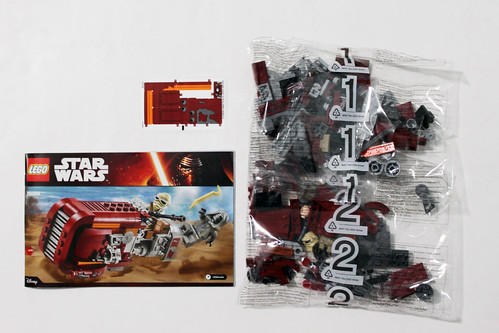 There are two minifigures in this set, Rey and an Unkar’s Thug. Rey is the same minifigure that is in the Millennium Falcon (75105). She wears a ragged light blue and tan outfit that also goes down to the legs. Rey has a double-sided head with with a normal look one one side and a stern look on the other. She can either wear a sand-covered scarf that covers her head or her normal brown hair piece. She has a variety of accessories with this set including a black staff weapon and a side bag that must be carrying something important. 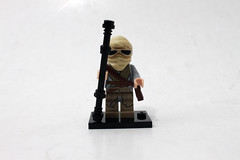 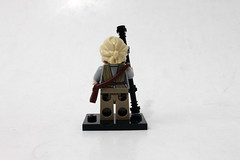 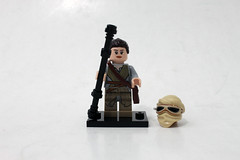 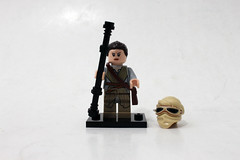 The other minifigure in the set is Unkar’s Thug. There isn’t much information about Unkar’s Thug except that they are bullies who work under a junk dealer named Unkar Plutt on Jakku. He has a mostly gray outfit with spots of sand and metallic silver. The head is completely dark gray except for the black mask and he wears a hood. His accessory is a crowbar. 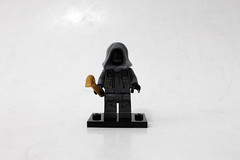 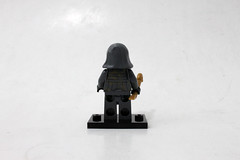 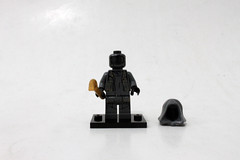 Relative to the size of a minifigure, the speeder is actually a pretty decent size. The main color scheme is obviously dark red with some orange and brown to show some minor details of the paint chipping off. One of the side panels holds a variety of accessories including a buzzsaw, electrobinoculars, and a blaster. There are some stickers that give some more details to the speeder. 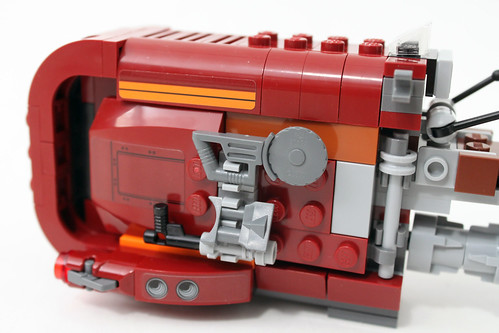 The middle area going to the back shows the speeder’s twin engines. There is a play feature with the bottom engine in which your turn to open the storage hatches in the front. Inside the compartment is a storage box and apparently the cover is a detachable sled. 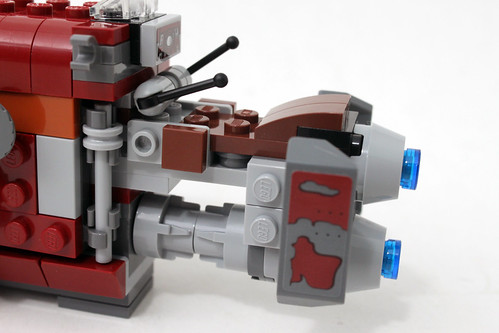 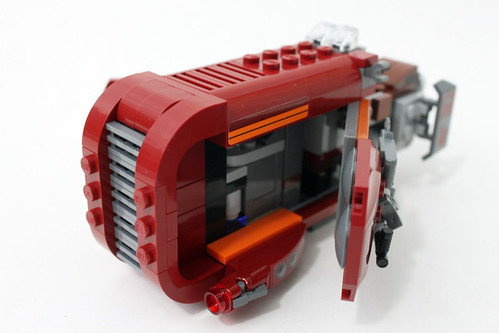 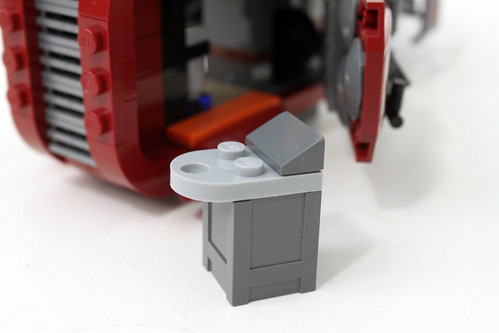 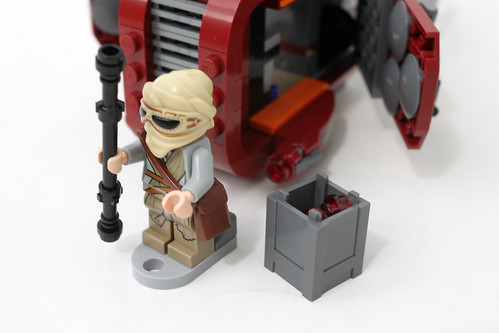 Finally, the front of Rey’s Speeder has a couple of dark red stud shooters on a 1×2 plate which are currently exclusive to this set. 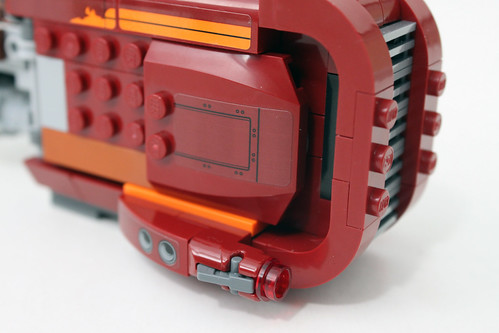 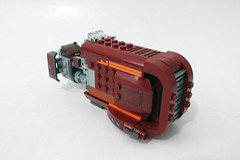 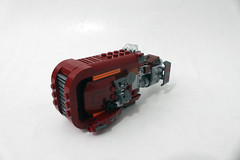 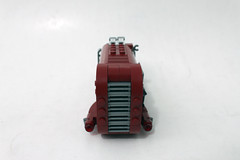 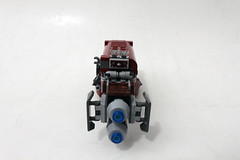 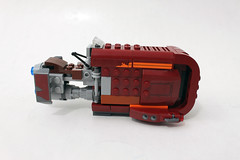 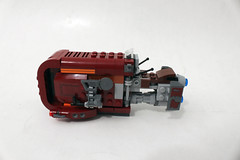 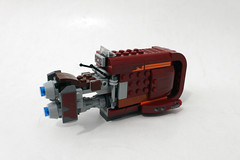 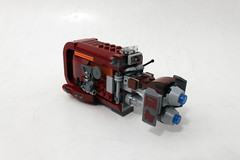 is a pretty nice set given the price point. LEGO did a good job replicating the vehicle seen in the trailer. There are a lot of SNOT techniques used to give the speeder the sleek look however there are some things that kind of bug me. There are some spots that still have studs exposed and it throws off the overall look a little including the ones on the side panels, top, and front of the speeder. Either way, I think the set is still a good pickup and it’ll probably play an important part in the upcoming movie. 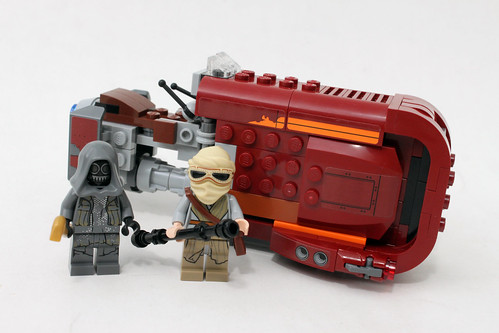