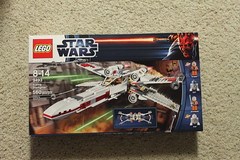 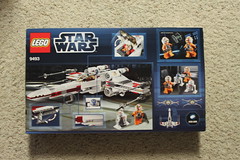 Four minifigures are included in this set: Luke Skywalker, Jek Porkins, R2-D2, and a new astrodroid, R5-D8. This is the first set that we get to see Jek Porkins and R5-D8. The torsos of Luke and Jek are the same but the helmets have different markings. Jek has a nice chubby face with an orange visor. A double-sided head would’ve been good here but it’s not a big deal. 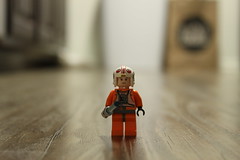 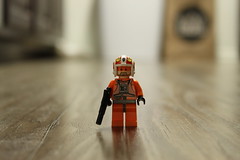 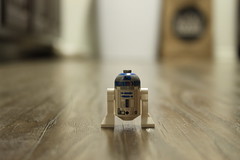 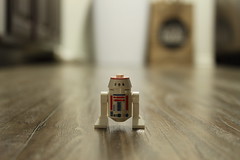 In bag #1, we start off building the base of the ship. There are many different colored bricks you will be using from grey to yellow to blue. LEGO did a very good job in covering up all these different colors. In this bag, you also build the turning mechanism for the S-foils as well as the landing gear up front.

For bag #2, we continue the building with the nose and the cockpit of the X-wing. Here, we also cover up all the bright colored pieces with the colors that we’re used to seeing in the starfighter. The sides of the ship is also build in this bag.

In bag #3 and #4, the S-foils are built. There’s not much different from the two bags build-wise except for them being opposite of each other.

In the final bag, there are four rubber bands that you put on in the back to keep the S-foils from flopping around. There are also pieces to put the final touches on the X-wing such as the thrust engines and the laser cannons. Finally, there’s an extra tile you can put on to distinguish between Luke’s “Red 5” and Jek’s “Red 6.” 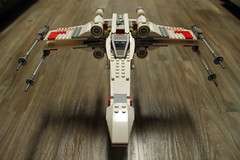 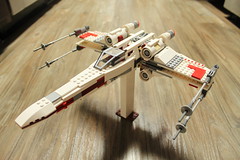 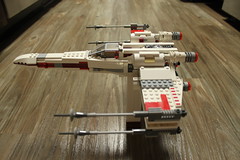 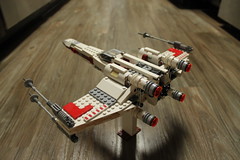 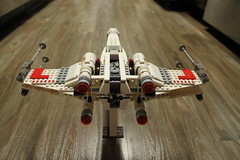 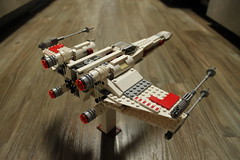 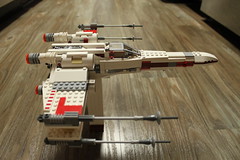 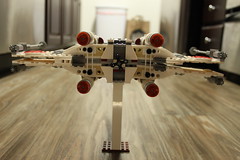 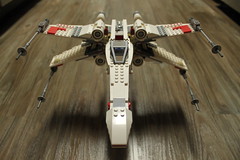 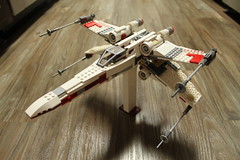 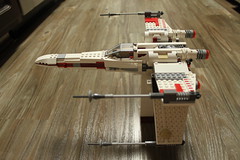 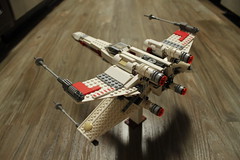 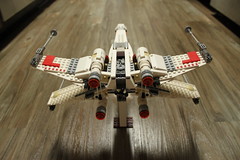 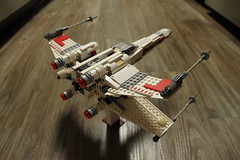 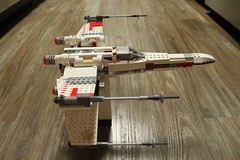 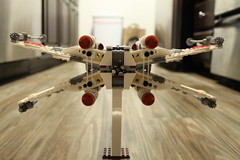 The new X-wing Starfighter is one of the best I’ve seen. Before I knew this set I was going to be released, I was thinking of purchasing the 2006 version. I’m glad I waited. The 2012 version is much more sleeker and more detailed than his predecessor. The S-foils open with one click now and close with the same ease. Another thing that I like is that you can interchange between who pilots the ship. One shocking thing that I found is that this set has no flick-fire missiles which is interesting in a starfighter.

There are also some cons to the set as well. First, is the exposed rubber bands on the back but that can’t be helped I guess. Another problem are the ever so annoying stickers especially on the round pieces on the engine.

All in all, the X-wing is a great set to pick up. It has great playability as well as being a display piece. This set is definitely recommended for LEGO enthusiasts and Star Wars fans! 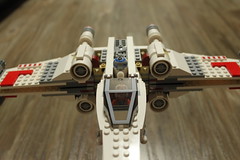 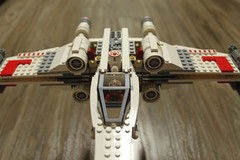 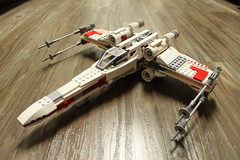