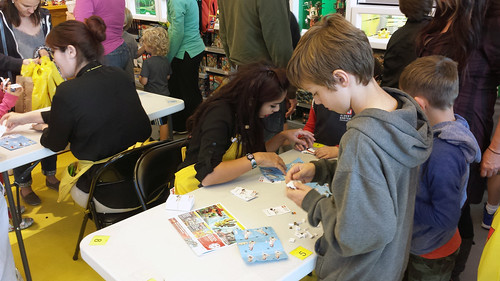 Today is the first Tuesday of the month and that means the LEGO Monthly Mini Build was held today. For February 2015, the build is a Space Shuttle (40127). This one was a pretty popular one because the line for it literally wrapped around the walkway. If you’ve been to Fashion Valley before, the line ended up at the entrance of Bloomingdale’s and eventually Forever 21.

The build itself consists of 39 pieces and it has a pretty cool look to it. The only thing that I didn’t like much about it is the bottom of the front of the shuttle. It kind of looks too blocky for my taste. However, the back of it has a nice look. Although it’s a fairly simple build, it has nice overall appearance to it.

Next month’s Monthly Mini Build will be a little Robot which you can check out on the March 2015 Store Calendar. As always, it was nice to see the regulars there and chatting it up with them. 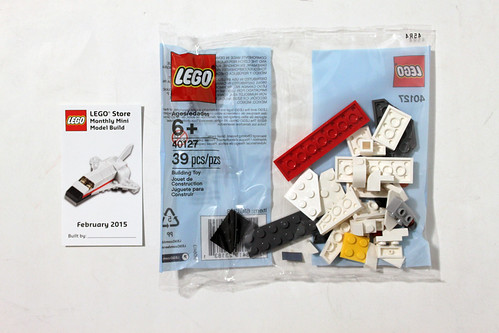 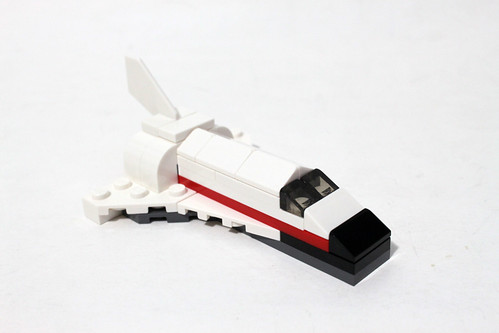 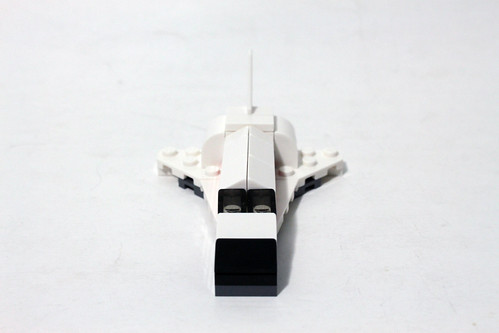 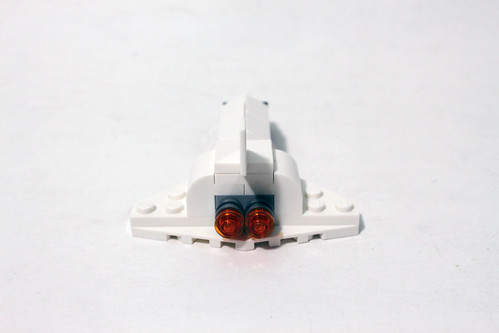 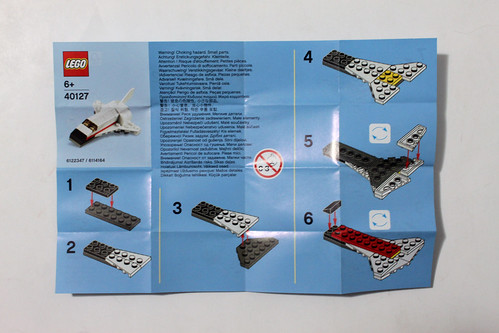 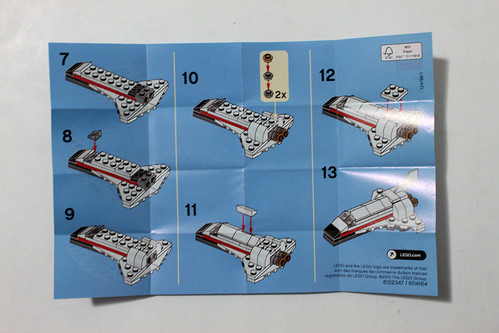