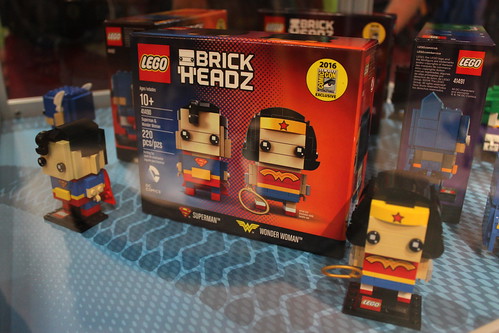 I’m finally back from a pretty rushed Preview Night at San Diego Comic Con 2016. I’ll over the other stuff that was happening at the LEGO Booth later on but I want to focus on the new upcoming LEGO BrickHeadz sets that are coming out in 2017. LEGO displayed the four convention exclusive sets including the boxes for them which shows some more details about them.

As you can see, the SDCC 2016 exclusive versions of the sets will have the label on front of the box and they are the higher quality slip cover versions. They also have the little stand with the #LEGOSDCC printed tile as well. The retail versions of the set won’t have these and will probably have a slightly different piece count.

Again, drawings to be able to purchase these at SDCC will be held each morning in the Pavilion Terrace. 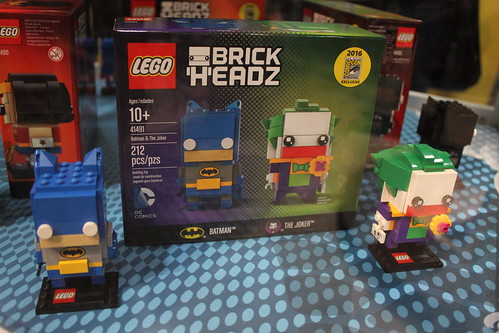 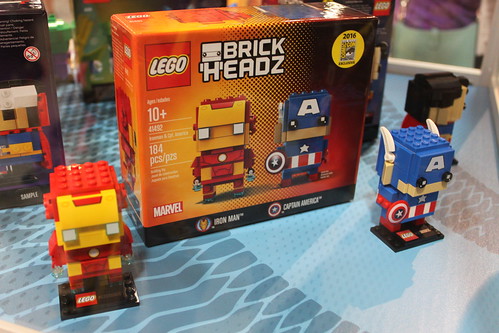 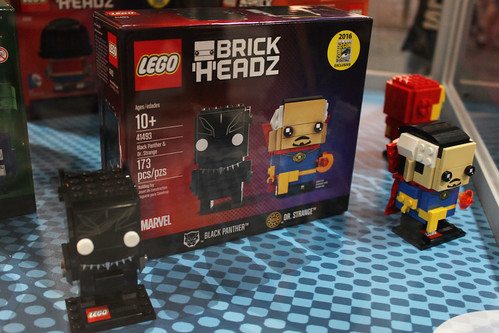