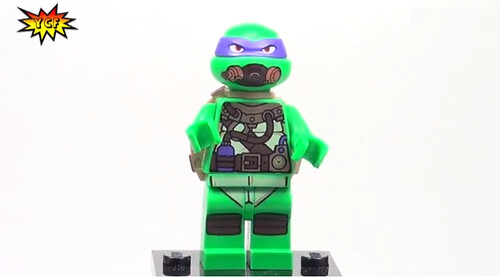 Our buddies over at Your Creative Friends has gotten their hands on one of the new turtle minifigures from the summer wave of LEGO Teenage Mutant Ninja Turtles sets. Here they have Donatello from the Turtle Sub Undersea Chase (79121). He wears some sort of breathing apparatus on his face and some gear on the torso. From the image below of the set, it looks like Leonardo is also wearing the breathing mask on the bottom corner. It’s kind of strange that they’re turtles and can’t breathe under water. At least we get a varient of Donatello as well as another version from the movie line.