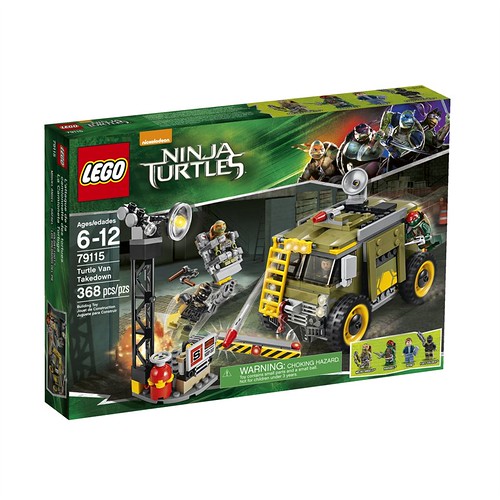 Although today is April Fool’s Day, this isn’t a joke. The official images of the LEGO Teenage Mutant Ninja Turtles sets based on the Michael Bay movie are now available courtesy of Canadian online retailer Chapters Indigo. They have listed two of the three sets that will be available this summer, the Turtle Van Takedown (79115) and the Big Rig Snow Getaway (79116). They have yet to list the Turtle Lair Invasion (79117) at this time. There are also details of the sets below. 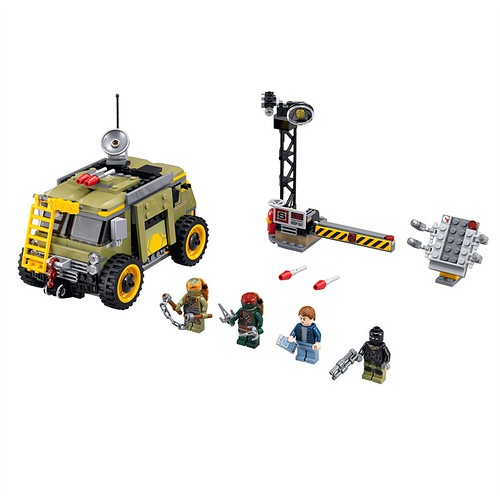 Vern and Raphael are speeding through the city streets in the souped-up Turtle Van to rescue Michelangelo, but the Foot Soldier has lowered the barricade gate to block the road. Check the on-board computer to outwit it and accelerate to top speed to crash through the barricade. Open up the side doors to unleash the hidden flick missiles and fire the roof missiles to hit the gas tank and blow up the gate. When you find Michelangelo, release the mechanical arms holding him down on the stretcher and crank up the van’s Turtle Power to zoom away. Includes 4 minifigures with weapons: Vern, Foot Soldier, Raphael and Michelangelo. 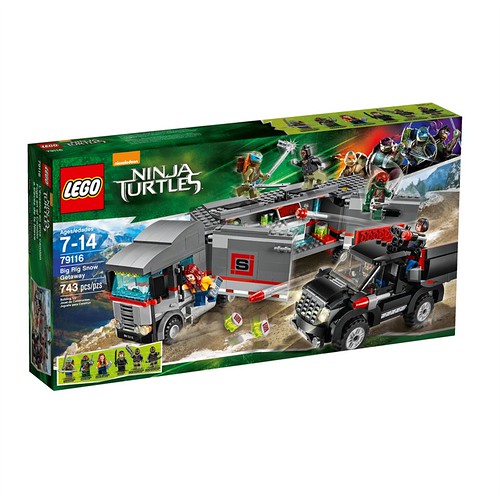 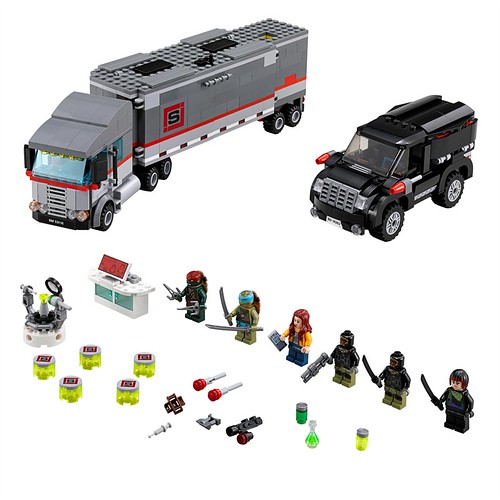 Speaking of the LEGO TMNT sets, the new wave from the Nickelodeon animated series are now available at LEGO Brand Stores as well as on [email protected]