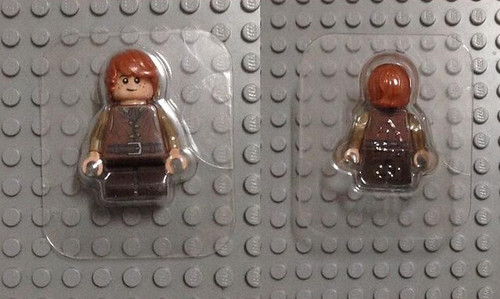 It looks like the LEGO The Hobbit theme may be finished but there’s still one more minifigure that will be available this year. Over on a listing on TaoBao, there is an image of a new minifigure variant of Bain. If my speculation is correct, the minifigure will most likely be a Target exclusive for The Hobbit: The Battle of the Five Armies Blu-Ray/DVD Combo Pack that will be available in a few month. Before we’ve seen Target Blu-Ray exclusive minifigures with Bilbo Baggins in An Unexpected Journey and Legolas Greenleaf in The Desolation of Smaug.

set. Although it is disappointing that we get another version of Bain instead of other unreleased characters but LEGO The Hobbit completionists will probably want to pick it up.