Today, I’ve received my shipment of the LEGO The Hobbit Mirkwood Elf Guard Polybags (30212) from Toys R Us. I ordered them online as soon as I found out that they were available for sale. As of this writing, they are still unavailable on the TRU website. This highly sought polybag contains 27 pieces and a small instruction sheet and retails for $4.99 each. 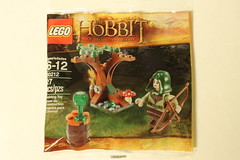 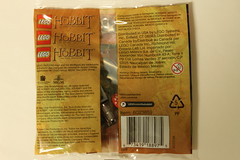 The Mirkwood Elf Guard is the main feature of the set. This hooded variant of the minifigure is exclusive to the polybag although there is another version in the Barrel Escape (79004) set. The torso printing on both sides is pretty good. He does have a double-sided head with the stern/angry combination. The face is the same as Haldir’s from The Battle of Helm’s Deep (9474) set. One of the best part of the minifig is the dark green hood that he wears. From my research, I believe that the hood is a new piece. The Mirkwood Elf has a longbow and quiver as his accessories. 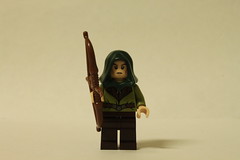 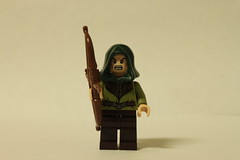 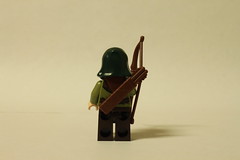 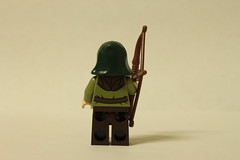 The tree is a very simple build with a torch on the side and a green gem as well as a printed mushroom next to it. You also get a small barrel with a green goblet that sits on top. 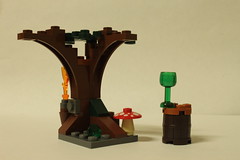 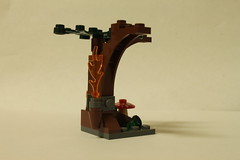 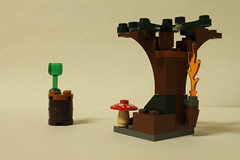 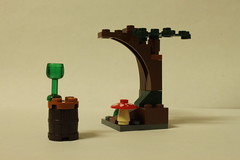 The Mirkwood Elf Guard polybag is a very nice, little set. While the tree is pretty small, it could fit well with the Escape From Mirkwood Spiders (79001) set. The minifigure is a definitely a great addition to your collection. The only problem is finding the polybag in stores. 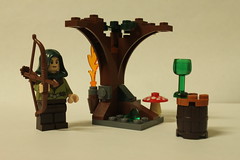