I was at Walmart the day after Black Friday to see what was available in the LEGO section. To my surprise, I saw a pallet stocked with a few of the new Hobbit sets so I grabbed what I could, find including the first set in the series, Riddles For The Ring (79000). The set retails for $9.99 and consists of 105 pieces, about $0.10/piece. There are two un-numbered bags and one instruction booklet. In the back of the instruction book, you can also see all the minifigures in the Hobbit theme. 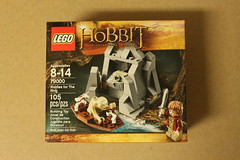 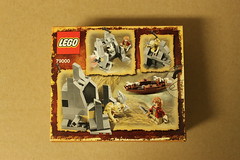 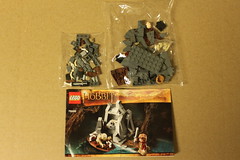 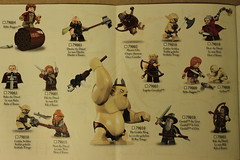 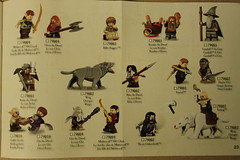 There are two pretty detailed minifigures in the set, Bilbo Baggins and Gollum. Gollum is exclusive to the set but the Bilbo minifigure will also be in the Barrel Escape set as well. For Bilbo, both sides of the torso are printed and he has short, brown legs which has no printing. He is wearing a green shirt with a red coat. For Bilbo’s head, he has a double-sided normal and scared head. If you have the Shelob Attacks (9470) set, you’ll notice that the hair piece is the same as Samwise Gamgee. For his accessory, Bilbo has The One Ring and a short sword, Sting. 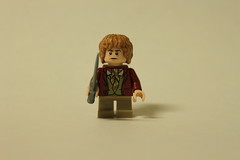 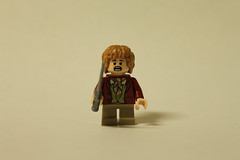 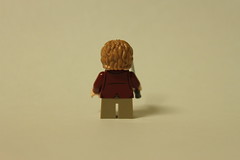 Gollum is very similar to the one in the Shelob Attacks set he has the same mold as before. The only difference is that his face is changed a little. Before, he had an open mouth and wider eyes. For the new version, Gollum has sort of a clenched mouth and the eyes aren’t as wide open. Like the previous version, his accessory is his fish. 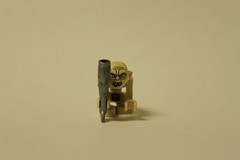 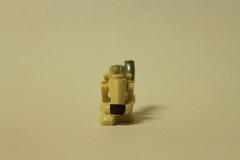 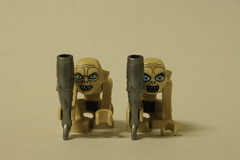 The build consists of two parts, Gollum’s boat and the cave formation. The boat is a small one person boat and is filled with bones.

The cave is a very simple build that has some neat features. There are two rock pieces that pivot on hinges to reveal the The One Ring in the back. On the side of the cave, you can turn the Technic axle to flip the rock formation forward in which the Ring is sitting on a 1×2, 1 stud plate. 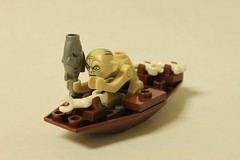 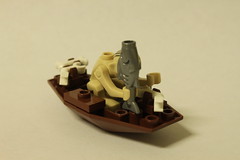 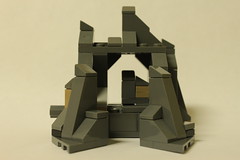 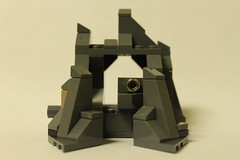 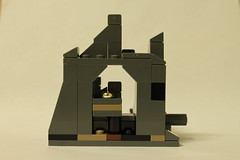 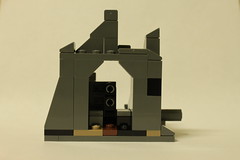 The Riddles For The Ring set is a very good set to pick up. The minifigures are nicely detailed and the cave makes a good display piece. You also get some spare pieces including an extra Ring piece. I would highly recommend it as a starting set to the Hobbit theme. 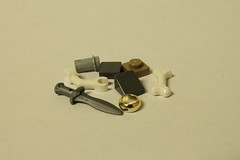 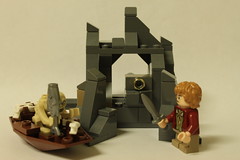