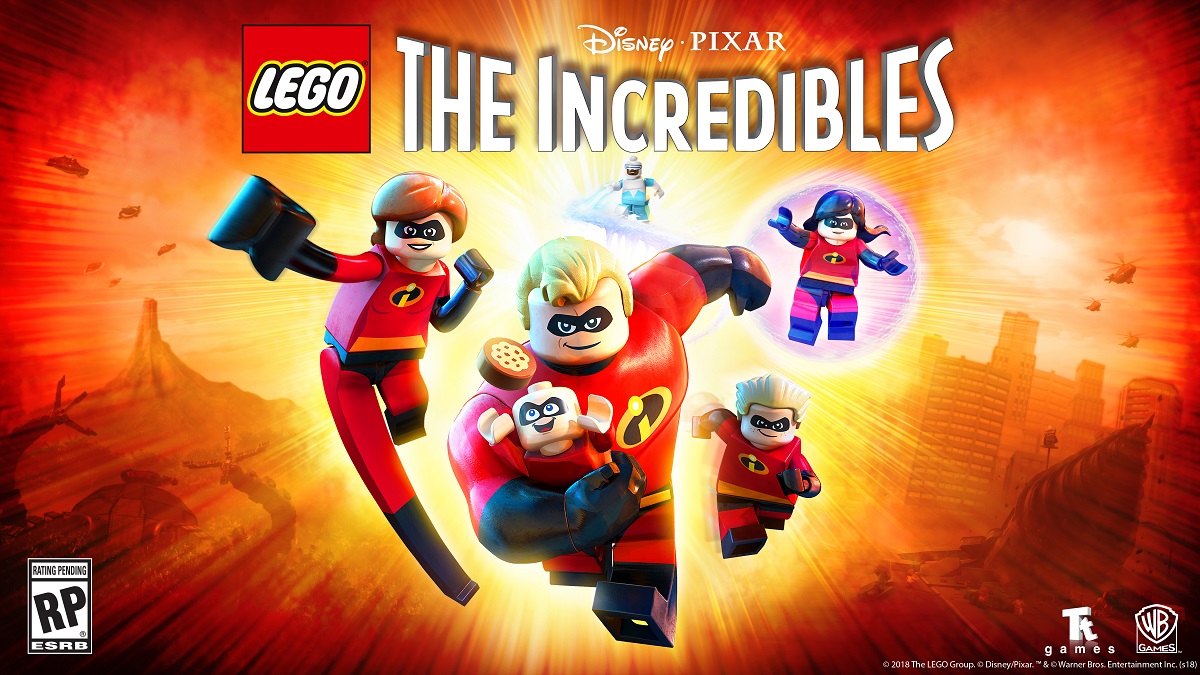 As I have reported the past few weeks, we will be getting the LEGO The Incredibles Video Game and today Warner Bros. Interactive Entertainment has officially announced it along with a trailer. They have also provided us with some screenshots as well as the press release for it which you can check out below.

The LEGO Incredibles Video Game will be available on June 15 for the PlayStation 4, Xbox One, Nintendo Switch, and PC (Steam). Stay tuned for more details of the game as we get closer to the release this summer.

Inspired by Both Incredibles Films, Game Allows Players to Tackle Crime as the

Burbank, Calif. – March 28, 2018 – Warner Bros. Interactive Entertainment, TT Games, The LEGO Group, Disney and Pixar, today announced LEGO® The Incredibles, a new video game where players take control of their favorite Incredibles characters in unforgettable scenes and action sequences from both Disney•Pixar films, The Incredibles and the upcoming Incredibles 2. The game encourages players to work together by combining the Parr family’s abilities and unique powers to conquer crime and family life in a LEGO world full of fun and humor. LEGO The Incredibles will be available for Nintendo Switch™, PlayStation®4 computer entertainment system, Xbox One, and PC on June 15, 2018, the same day Incredibles 2 opens in theaters nationwide.

“The Incredibles franchise, full of super-powered characters, adventures and teamwork, combined with all of the humor, puzzle-solving elements and unexpected surprises of LEGO games makes for the perfect combination for players,” said Tom Stone, Managing Director, TT Games Publishing. “With LEGO The Incredibles, fans can experience the non-stop action from both movies while fighting crime together as a super hero family.”

“Fans of all ages will enjoy this new Incredibles gaming experience,” said Lisa Anderson, VP, Games, Disney. “LEGO The Incredibles introduces thrilling new adventures led by the incomparable Incredibles family, and puts their powers, and their family, to the test in a LEGO world full of fun and surprises.”

In the game, players explore action-packed story levels and an epic hub world, including Municiberg and Nomanisan Island, as they use their unique super abilities to bring the city’s villains to justice.

Gamers can assemble incredible LEGO builds either on their own or team up with family and friends in two player co-op mode for twice the fun.