Flickr user, motayan, is back with more images of sets that are coming out in 2013. This time, they have revealed some new polybags from The Lone Ranger theme. Here you can see the Lone Ranger’s Pump Car (30260) and Tonto’s Campfire (30261). We’re not sure yet of how they will be distributed but there are rumors that it might be in The Sun newspaper promotion over in the UK which means that they won’t be in the US for a while. 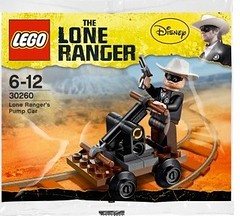 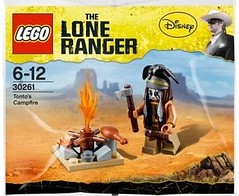