LEGO: The Piece of Resistance Details 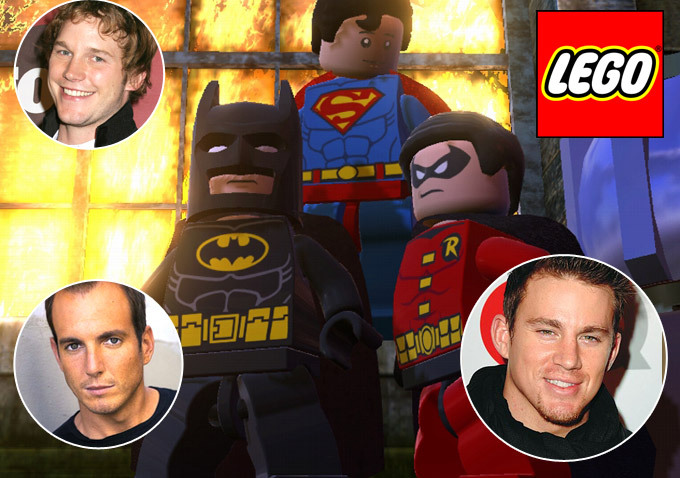 There are more details of the new LEGO movie tentatively called LEGO: The Piece of Resistance scheduled to be released on February 28, 2014. The movie will be a mix of live action and animated with the majority being CGI.

The search is on for candidates to do voice acting for characters in the movie. Will Arnett, the star of Arrested Development, has been confirmed to voice Batman in the movie, while there is some buzz of Channing Tatum voicing Superman. The lead character named Emmet, voiced by Chris Patt, is “an ordinary, law-abiding, LEGO minifigure who is mistaken for the most extraordinary MasterBuilder. He’s drafted into a fellowship of strangers on a quest to stop an evil tyrant from gluing the universe together.”

There are also rumors that The Hunger Games star, Elizabeth Banks as well as Morgan Freeman from The Dark Knight Rises have been recruited to do voicing with Freeman voicing a character called Vitruvius. The directors of 21 Jump Street, Phil Lord and Chris Miller, will be directing LEGO: The Piece of Resistance along with Chris McKay.

If you ever wanted to be a part of a major movie production, now you can. LEGO has a vehicle design contest going on that you can submit design and if chosen, you can win $1000 and your vehicle will be in the movie! Below is the official press release of the movie from Business Wire.

The film, the first-ever full length theatrical LEGO movie, follows Emmet, an ordinary, rules-following, perfectly average LEGO minifigure who is mistakenly identified as the most extraordinary person and the key to saving the world. He is drafted into a fellowship of strangers on an epic quest to stop an evil tyrant, a journey for which Emmet is hopelessly and hilariously underprepared.

Chris Pratt (“Moneyball”) stars as Emmet. Oscar® winner Morgan Freeman (“Million Dollar Baby”) and Elizabeth Banks (“The Hunger Games,” Emmy nominee for “30 Rock”), will star as two of Emmet’s fellow travelers: Vitruvius, an old mystic; and tough-as-nails Lucy, who mistakes Emmet for the savior of the world and guides him on his quest. She also calls upon the mysterious Batman, a LEGO® minifigure voiced by Will Arnett (Emmy nominee, “30 Rock”), with whom she shares a history.

The 3D computer animated adventure will open nationwide on February 28, 2014.

Phil Lord & Christopher Miller (“21 Jump Street,” Golden Globe nominee “Cloudy with a Chance of Meatballs”) are directing from their original screenplay, story by Dan Hageman & Kevin Hageman and Phil Lord & Christopher Miller, based on LEGO construction toys. The film will incorporate some of the most popular LEGO figures while introducing several new characters, inviting fans who have enjoyed the brand’s innovative toys and hugely popular video games for generations to experience their visually unique LEGO world as never seen before.

The film will be produced by Dan Lin (“Sherlock Holmes,” “Sherlock Holmes: A Game of Shadows”) and Roy Lee (“The Departed,” “How to Train Your Dragon”). It will be distributed by Warner Bros. Pictures, a Warner Bros. Entertainment Company, and in select territories by Village Roadshow Pictures.

LEGOLEGO: The Piece of ResistanceMovie