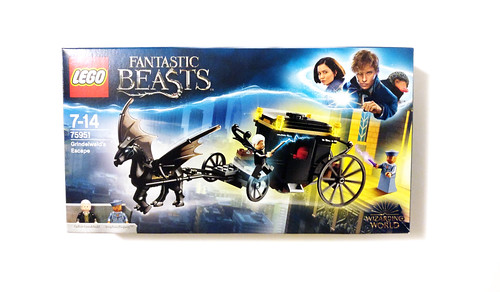 The LEGO Wizarding World theme consists of both the Harry Potter franchise as well as Fantastic Beasts and for this year with Fantastic Beasts: The Crimes of Grindelwald coming out in November, LEGO has introduced one set called Grindelwald’s Escape (75951). It has 132 pieces and retails for $19.99 and it is the smallest of the system sets in the 2018 Wizarding World theme. 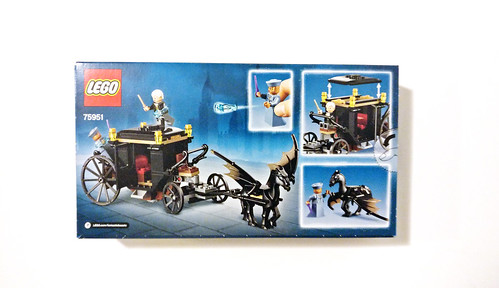 The first minifigure in this set is Gellert Grindelwald. He has a similiar look as in the Collectible Minifigures (71022) version but with some slight differences. He now sports a black jacket over an olive green waistcoat with some gray pants. He has have a double-sided head with a stern look on one side and an angry expression on the other. He has a gray colored eye on this right eye and black on the other. Notice that he doesn’t have the mustache as before. His hairpiece is the same slicked back white one but it doesn’t look like the spiked up one from the trailers. He has a tan wand as an accessory as well as a trans-light blue Power Blast piece to resemble a spell. 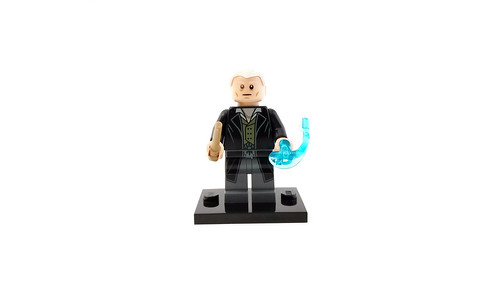 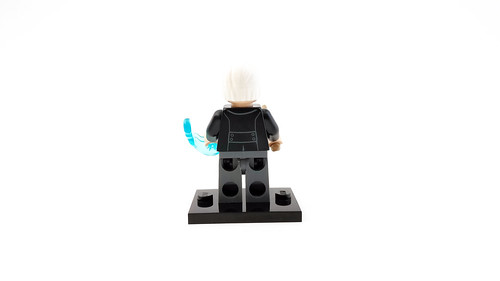 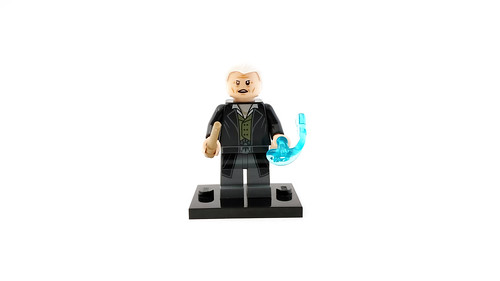 The other minifigure in the set is Seraphina Picquery who is the President of the Magical Congress of the United States of America. She has on a sand blue dress with a matching colored hat. Her head shows her with smirking expression and it also shows her some blonde hair curls. Her accessories include a purple wand and a trans-light blue spell Power Blast piece. 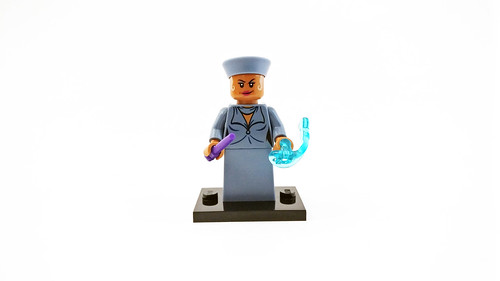 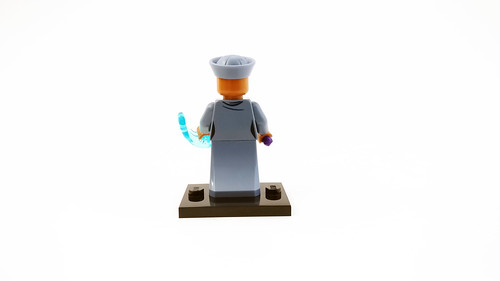 The build is basically a Thestral-pulled carriage, similar to what the Hogwarts students take when they arrive at Hogsmeade. The new Thestral is a lot more detail than I first expected. The head has some white eyes with dome light blue lines giving it some detailing. 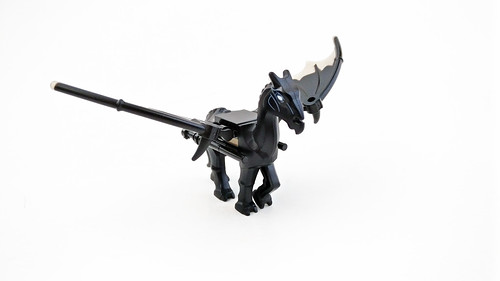 The body has some wings that are clipped on the sides. They are also highly detailed with the membrane being different colors and texture and a couple of claws on the front. On the belly of the Thestral, you can even see some ribs due to its skeletal appearance. 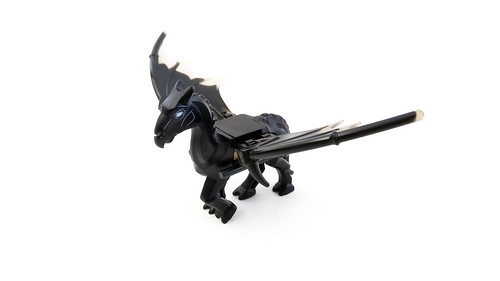 On to Grindelwald’s carriage, it looks very nice and large and the color scheme is mostly black with some brown on the undercarriage. The top corners have some yellow lanterns which gives some color to the ride. 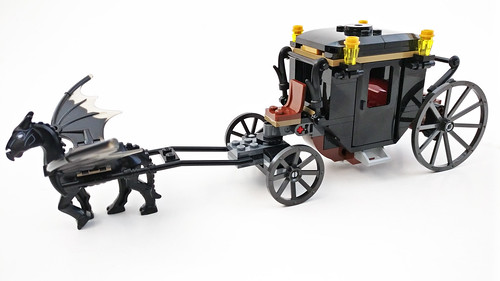 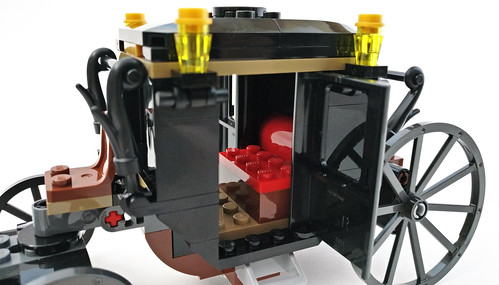 The front and back wheels are spoked with the back ones being larger so they are set higher to compensate for the size difference. The front wheels are able to rotate left and right and the driver’s seat is connected with a Technic pin. 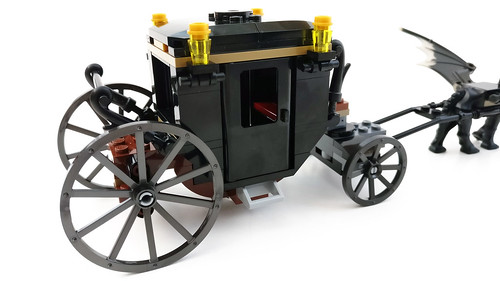 The top can be removed and the inside of the carriage is fairly bland as it only has a red seat. 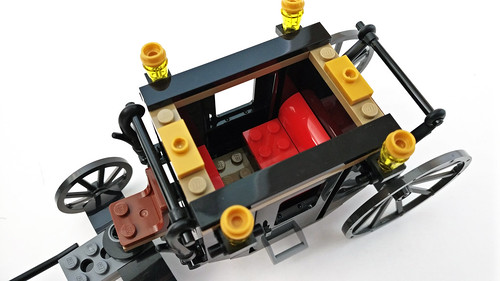 Overall the LEGO Wizarding World Grindelwald’s Escape (75951) is actually an above average set that I do recommend picking up before the movie comes out. The minifigure selection is decent with Gellert Grindelwald as the main antagonist and Seraphina Picquery as a supporting character. The carriage with Thestral looks amazing and it looks like something you would see during that time period.

The only knock I have on the set is the appearance of Grindelwald as the minifigure doesn’t look like he does from the trailers. 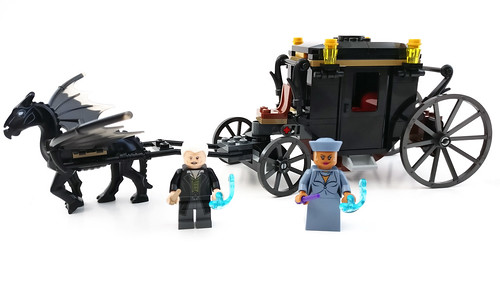