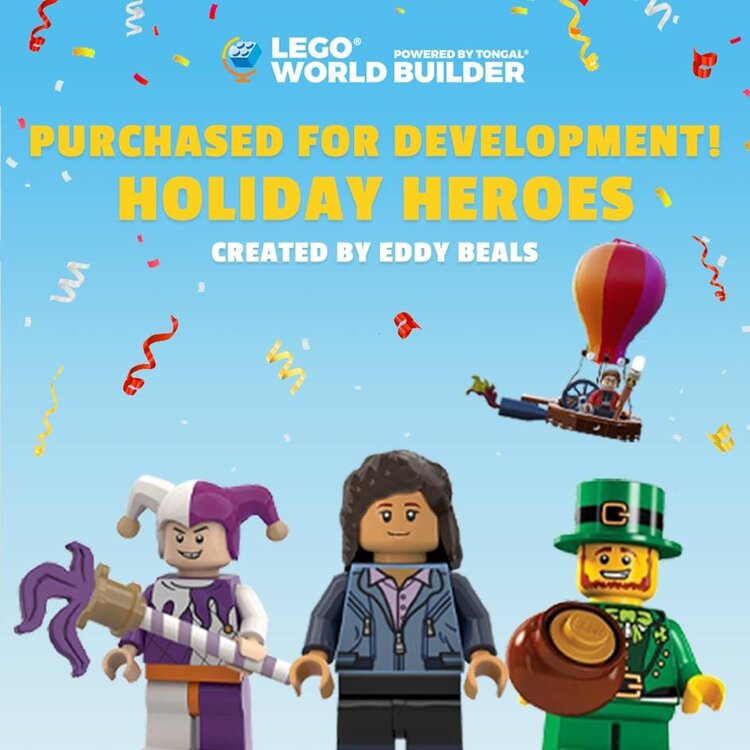 Back in August, LEGO announced a new platform to allow creators to build content called LEGO World Builder and for fans to test out. If the content is good enough, LEGO may decide to purchase it from the creators and today LEGO has announced that Holiday Heroes by Eddy Beals is the first fan-made world to be acquired for development by LEGO. There’s so other details at this time but hopefully there will be some details about Holiday Heroes later on.

Holiday Heroes is officially the FIRST fan-made world on LEGO World Builder to be acquired for development by the LEGO Group! Created by Canadian AFOL, Eddy Beals, this world is a globe-trotting adventure inspired by his passion for exploring different cultures. Just weeks after Holiday Heroes was published, the LEGO Group took note and Eddy was invited to pitch his original world directly to their development team – and boy, did he impress! Have an idea for the next big LEGO world? Come build it on LEGO World Builder!