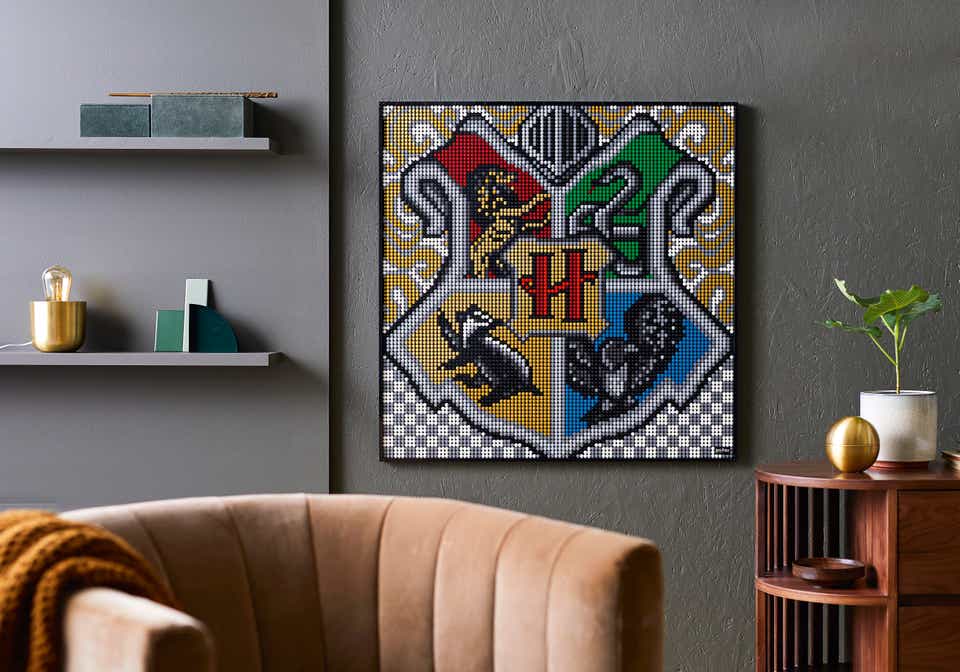 A few days ago, we got our first look at the LEGO Art Harry Potter (31201) set and there is now more information about the set including a combined look for the Hogwarts crest. The set has 4,249 pieces and costs $119.99 and one set allows you to build one crest from the four Hogwarts houses so it’ll take you four sets to build the Hogwarts crest which will run you a cool $480. 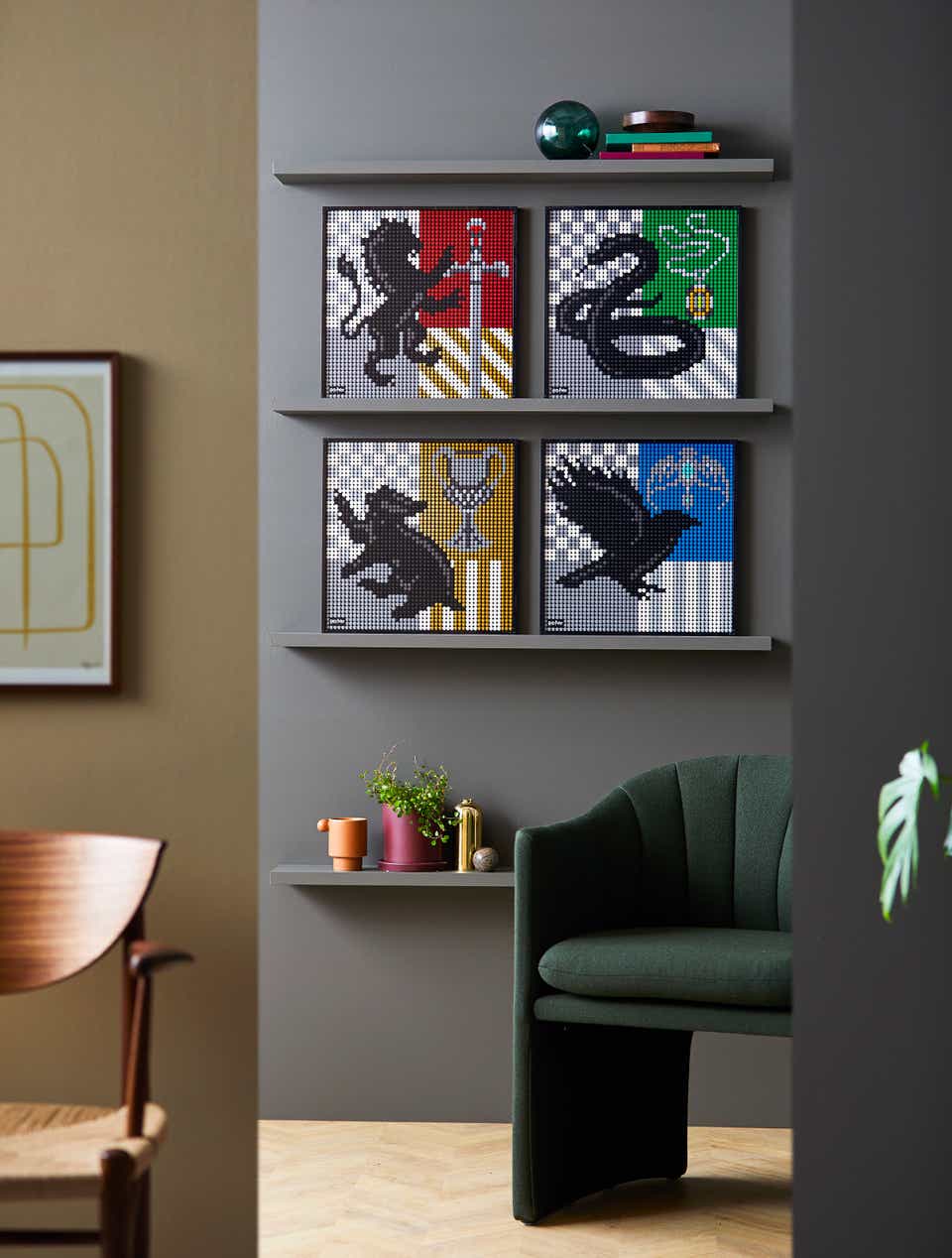 Lifestyle image of a large Hogwarts crest including all four house symbols, hanging on a wall

Harry Potter fans can build one of four different Hogwarts house crests – Gryffindor™, Slytherin™, Hufflepuff™ or Ravenclaw™ – with this 4,249-piece set. Four sets can be combined to make the ultimate Hogwarts crest. 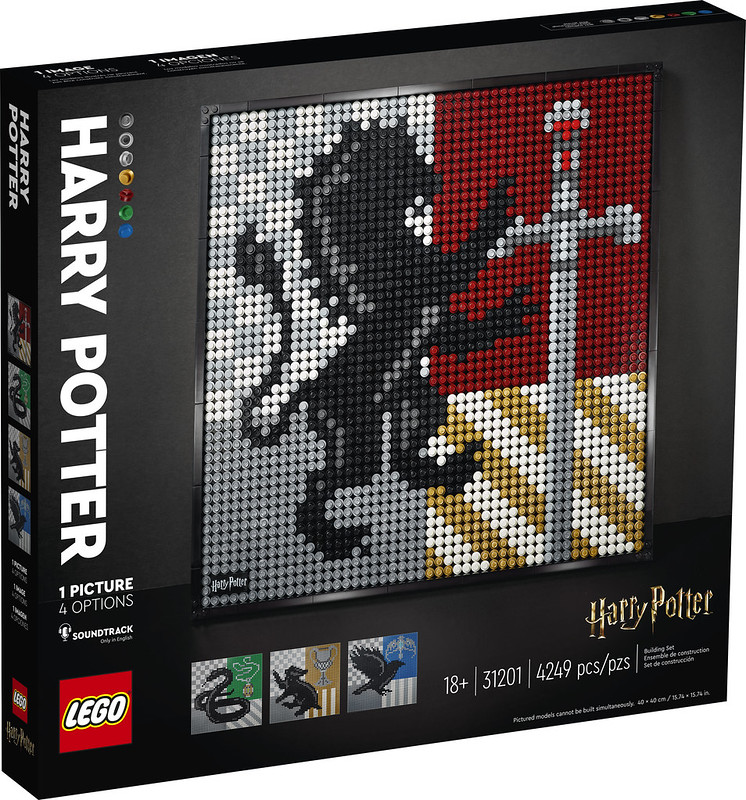 LEGO® Art offers adults a creative experience to help them relax and recharge as they transform a blank canvas (or in this case, small interlinking base plates) using LEGO tiles. The new LEGO® Art Harry Potter Crests set can be reimagined in a number of different ways to display a different crest if loyalties change. 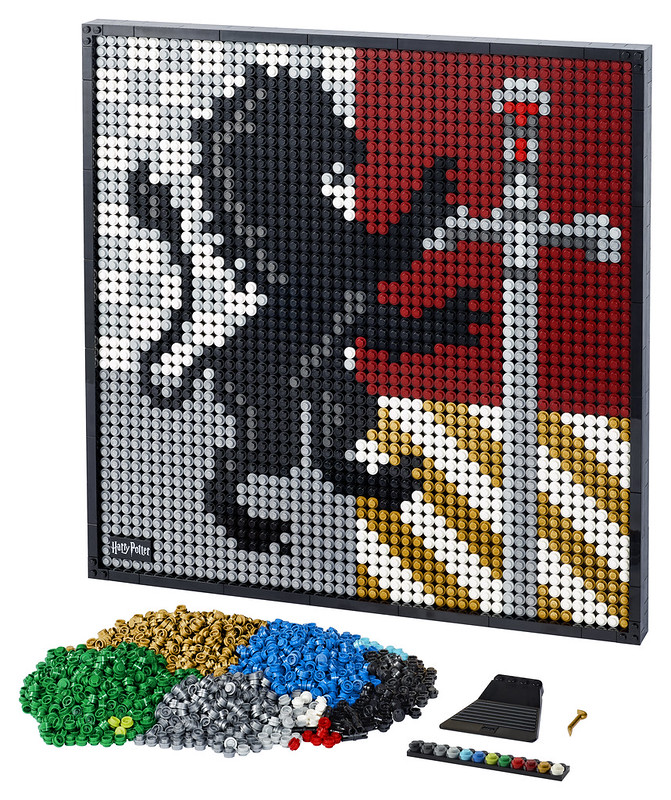 A Harry Potter™ logo tile adds the final touch to the impressive 15.5” (40cm) square tile mosaic before it is proudly hung on the wall.

The new LEGO Art Harry Potter Hogwarts Crests set is designer for builders aged 18 and over, and will be available from 1st January 2021 from LEGO.com, LEGO Stores and other retailers globally priced from $119.99/€119.99.