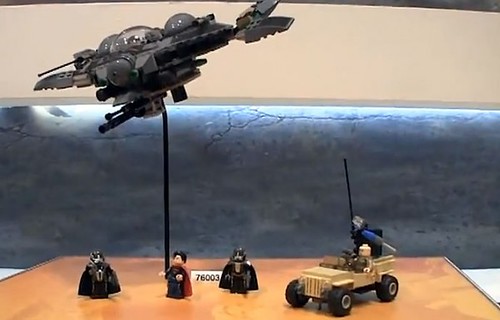 The Superman: Battle of Smallville set will feature five minifigures: Superman, Colonel Hardy, General Zod, Faora, and Tor-An. The set will include a tan military jeep that Hardy drives and a spacecraft that will sit Zod and his minions. The set contains 418 pieces and will retail for $49.99.

The Superman: Black Zero Escape set has three minifigures: Superman, General Zod, and Lois Lane. This set will include some sort of pod and as well as a chamber. It contains 168 pieces and will go for $19.99. 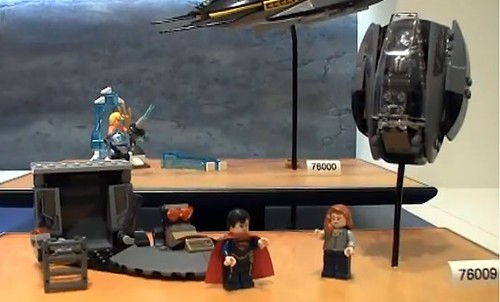 The video also gives a closeup of the minifigures from the 2013 Super Heroes sets from DC Universe as well as Marvel.