It was been fairly quiet on the news front but over on the LEGO Ambassador Network, it has been announced that LEGO has found a replacement for the Americas Community Manager position which was previously held by Kevin Hinkle. As you may or may not have known, the position was in the air the past few months as Kevin was moving to another position within The LEGO Group. Starting on July 1st, Paul Striefler will be taking over and you will be able to meet him in some upcoming LEGO conventions.

I am happy to inform you that we have accomplished the very difficult task of finding a suitable candidate to replace Kevin Hinkle as Community Manager for Americas. Although we are sad to say goodbye to Kevin as a team member in AFOL Relations & Programs, we are thrilled that we are able to provide Kevin with a chance to explore new opportunities within The LEGO Group, and even within the LEGO Community Engagement (LCE) Department, ensuring that Kevin will still be a close colleague. As Kevin has already told you through an earlier LAN post, he will move into a new role as Business Integration Manager, using his years’ of experience engaging with and supporting the TFOL and AFOL community to build a stronger collaboration between the LEGO markets, business units and community.

We are very happy to announce that our new Community Manager for Americas is Paul Striefler. Some of you already know Paul as he has been assisting Kevin for more than 6 months a couple of days per week. Paul has a background in Consumer Services as an advisor and joins us from his current position as Executive Assistant to our Vice President of D2C Americas / Pacific in Enfield where he has taken on projects such as large scale events, primarily managing the mobile LEGO Brand Retail Stores at LEGO Kids Fest in the US for the past several years.

Paul will officially be taking over his new responsibilities on the 1st of July. At the same time, Kevin will be moving into his new position. There will be a thorough handover from Kevin to Paul throughout the year and you will all receive additional information about whom to reach out to once this takes place. They will also be travelling to some of the AFOL events in Americas together, so some of you might get a chance to say hi and goodbye. Please assist me in welcoming Paul into the amazing world of AFOLs and TFOLs! 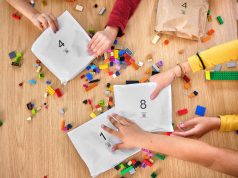 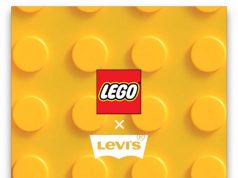