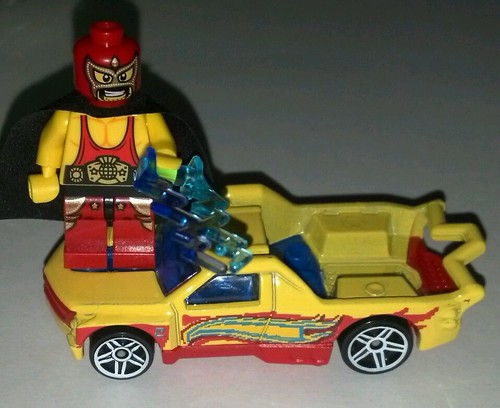 that is probably going to be in Series 12 of the LEGO Collectible Minifigures line which is devoted to characters in The LEGO Movie. As you can see, he looks very similar to the Super Wrestler in Series 1 but with a different color scheme and some pattern differences. He is seen 23 seconds into the trailer where Emmet introduces himself (see below). The images show him with a black cape but in the trailer, he has on a white one so we’re not sure which cape is included. This also makes me think that the Green Lantern minifigure we reported a while back could be one of the Series 12 minifigures since it doesn’t look like he’ll be in the 2014 DC Universe Super Heroes sets. 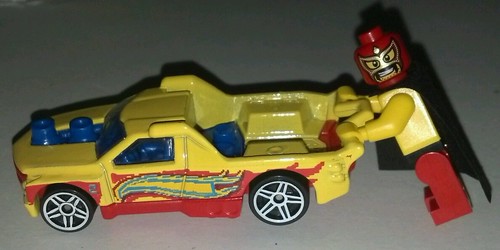 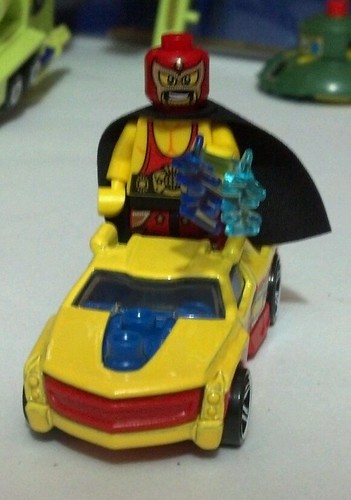 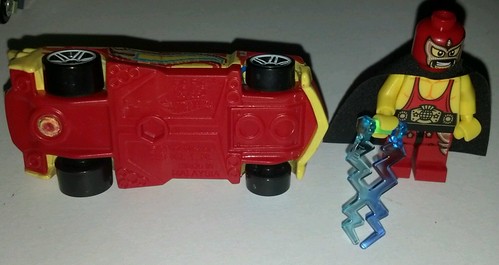