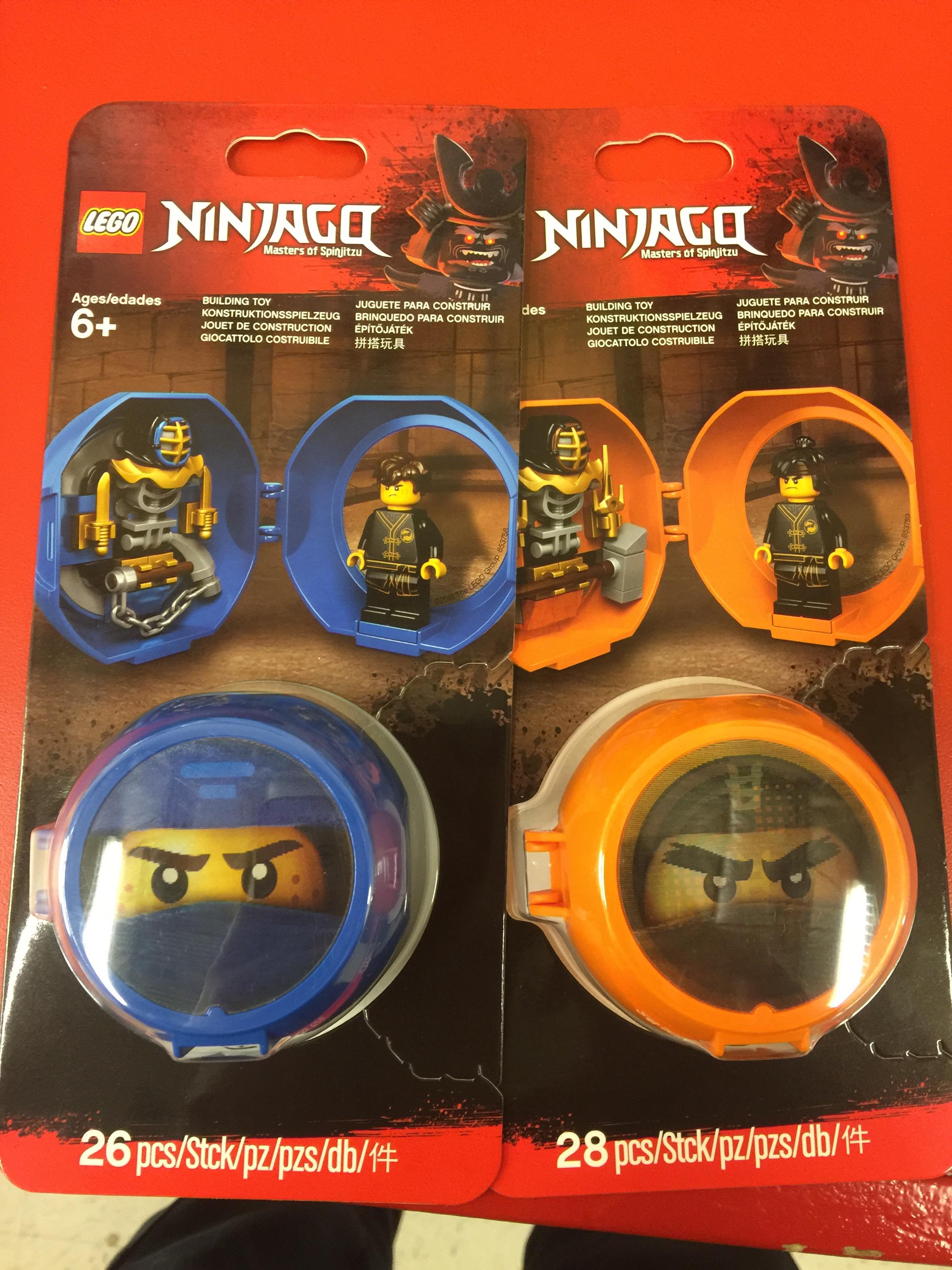 The LEGO pods that have been released this year seem to be pretty popular and it looks like there will be some more coming soon. A Reddit user has found two more LEGO Ninjago pods that has showed up at LEGOLAND California. These new pods featuring Jay (853758) and Cole (853759) are now in cardboard packaging instead of a polybag like with Kai. THe builds include an armor rack along with their respective weapons.

Usually products that show up at LEGOLAND first will be available later at either LEGO Brand Stores/[email protected] or other retailers like Toys R Us so we’ll see what happens with these two new Ninjago pods.