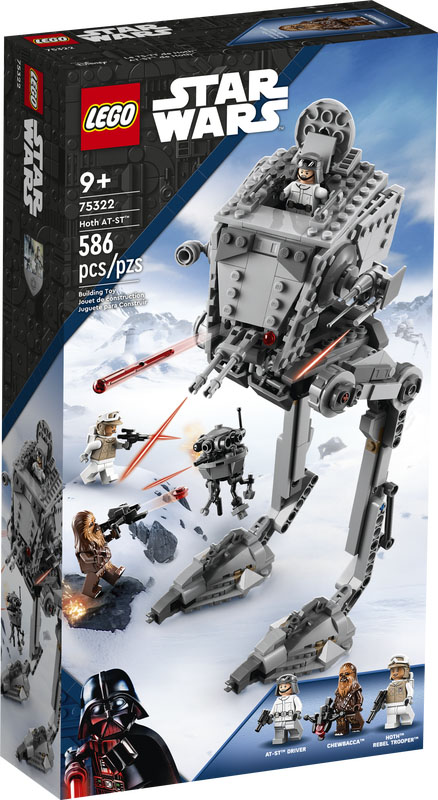 LEGO has revealed two new LEGO Star Wars sets on the LEGO Shop. If you’re a Star Wars fan, you may have noticed that the Battle Packs took a short hiatus this year but they will be back in 2022. The other set is the Hoth AT-ST (75322) which was very briefly seen in The Empire Strikes Back which makes me question why LEGO produced this one since it was only on screen for two seconds. 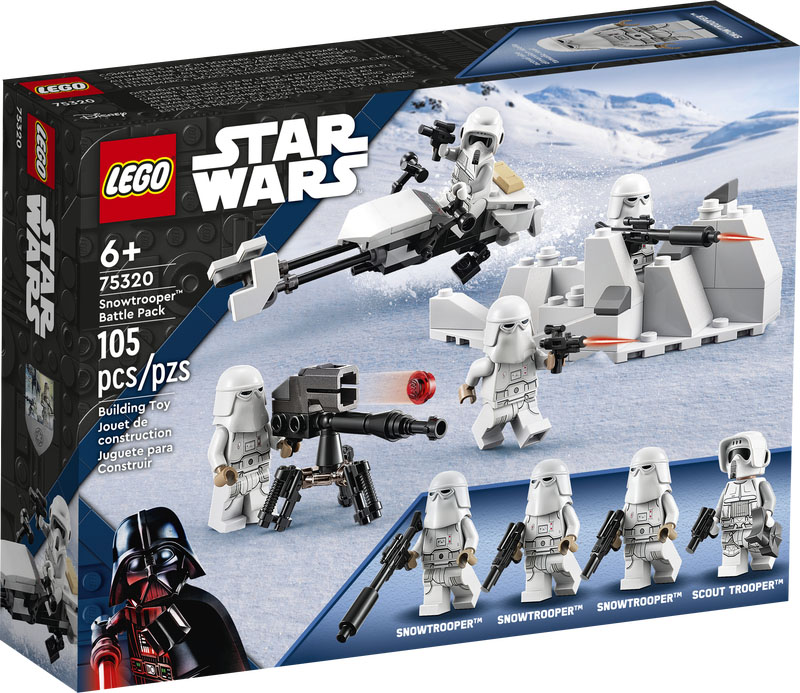 Let young fans build their own army and recreate Star Wars: The Empire Strikes Back action with the Snowtrooper Battle Pack (75320). It features 4 LEGO® minifigures with assorted blaster weapons, a buildable Imperial Hoth speeder bike, stud-shooting E-Web heavy repeating blaster and snow trench with extra ammunition. This building toy makes an awesome little gift or reward for creative kids aged 6 and up, to boost their collection of Snowtroopers and add new play possibilities to their other LEGO Star Wars™ sets. 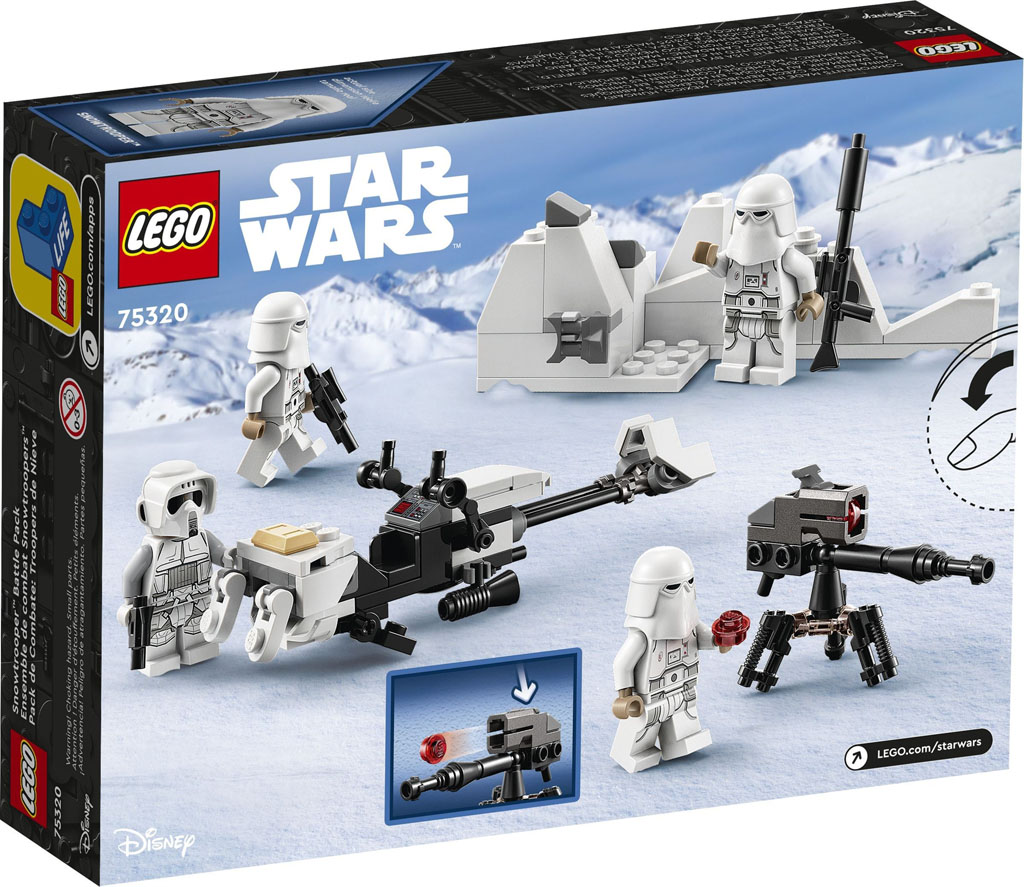 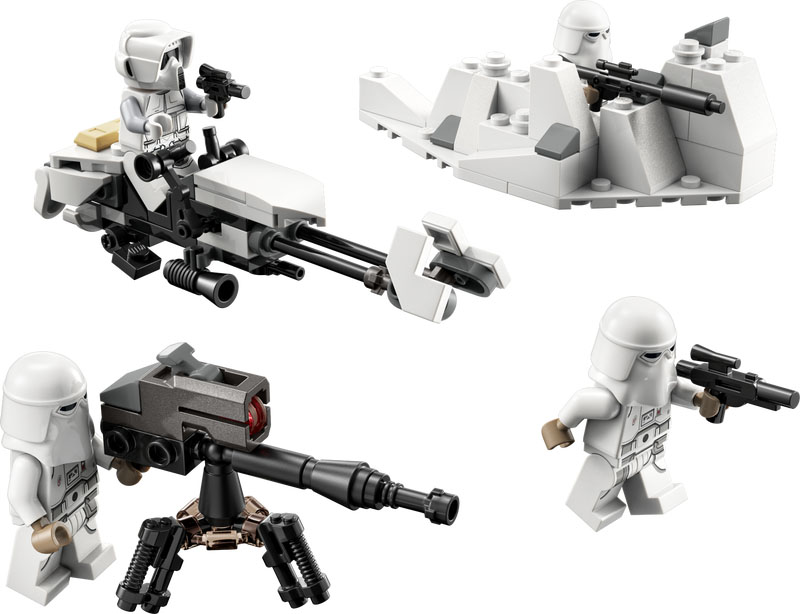 Youngsters can recreate dramatic Star Wars: The Empire Strikes Back action with the first-ever LEGO® brick-built model of the AT-ST from the Battle of Hoth (75322). It has an opening hatch and roof for access to the minifigure cockpit, a wheel-operated rotating head, 2 spring-loaded shooters and posable legs. A cool gift for trend-setting kids aged 9 and up, this building toy also features 3 LEGO Star Wars™ minifigures, including Chewbacca with snow decoration, plus an Imperial Probe Droid LEGO figure, to inspire creative play. 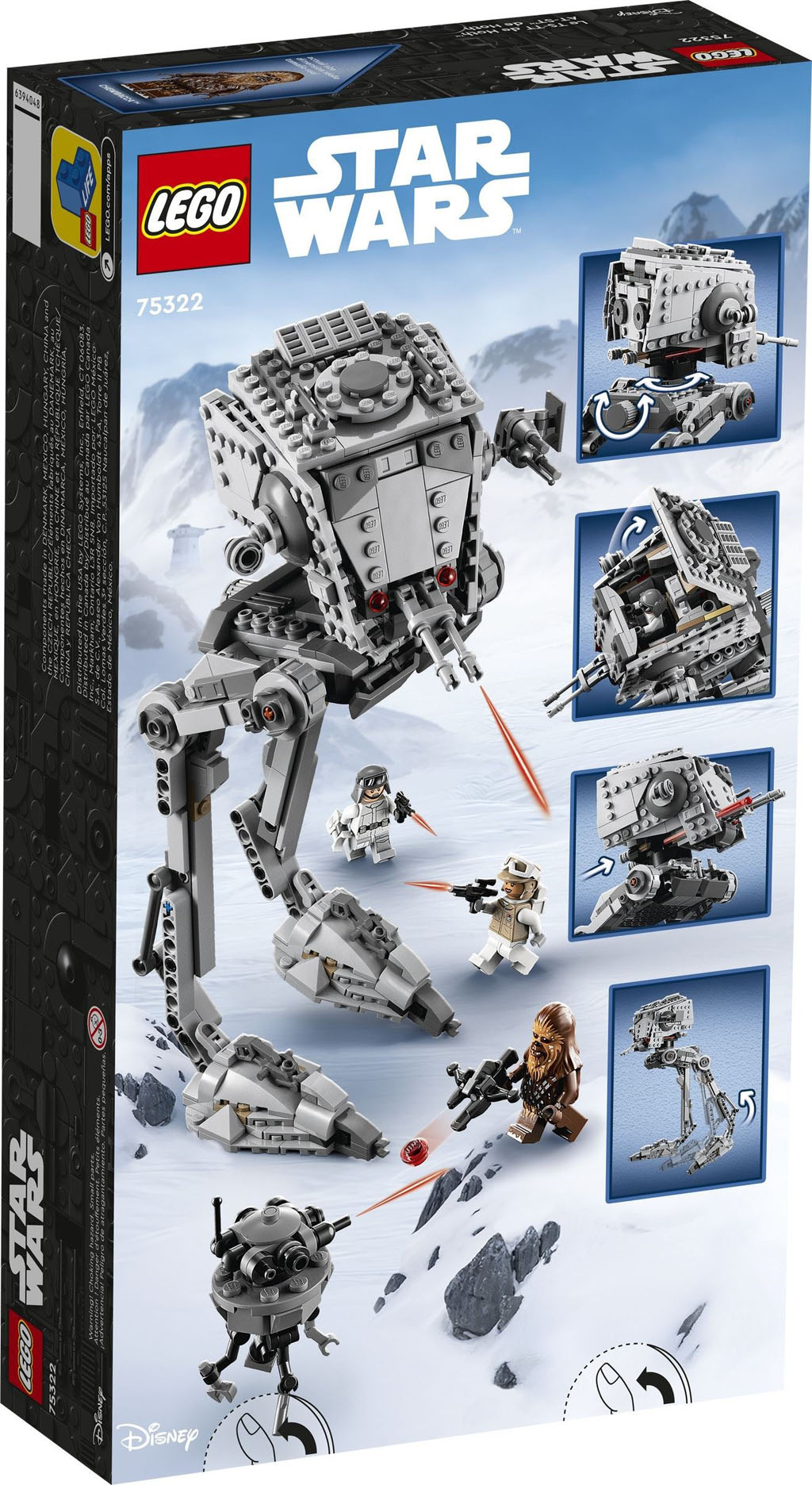 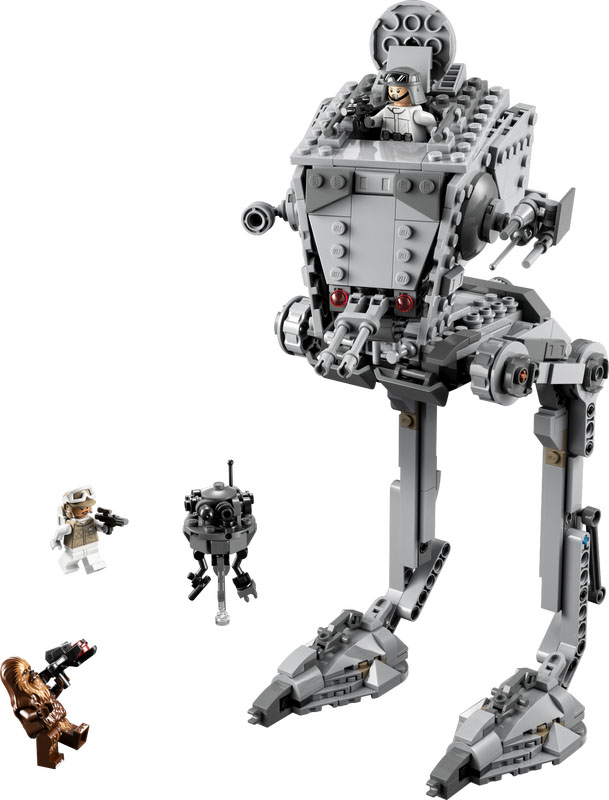