It’s never too early to speculate about the fall 2019 LEGO Star Wars UCS set and it looks like rumors have already started over on Reddit. A user was at their local LEGO store and an employee mentioned they already have a placeholder for the next UCS set in the system and it will be priced at $699. The thread has many people suggesting it could be a new Star Destroyer as there aren’t that many vehicles in the Star Wars Universe that could command a high price point. The last UCS version of the ship was the 10221 version from 2011 and the latest retail release of the ship was the First Order Star Destroyer (75190) from 2017.

I can not say that the next UCS set will be a Star Destroyer as I haven’t heard any rumors about it or maybe I’m not looking hard enough or care to. Again, everything above is considered a rumor until LEGO announces it. We do know that LEGO does usually release a Star Wars UCS/Master Builder Series set around September/October so we’ll just have to wait until then to hear more about what’s coming up when the teasers start showing up on social media. 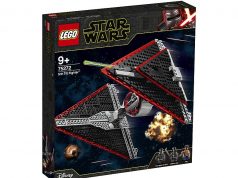