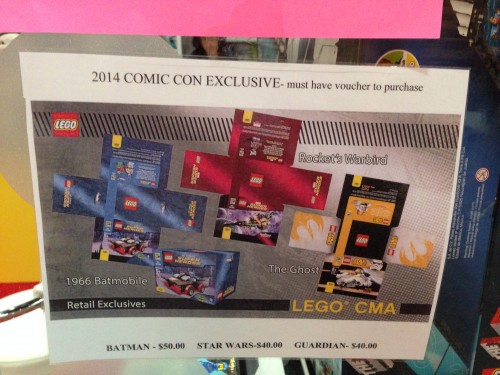 Ace from FBTB is currently at San Diego Comic Con 2014 and he has given an update on the pricing for the three LEGO exclusive sets that will be sold there. As you can see, the LEGO DC Comics Super Heroes 1966 Batmobile will go for for $50 each instead of the $40 that was previously reported. The LEGO Marvel Guardians of the Galaxy Rocket’s Warbird and the LEGO Star Wars Rebels The Ghost will both go for $40 each. There will be 1,000 sets sold in total, 200 each day including preview night. Hopefully I’ll be able to score these sets tomorrow and do a review of them after I get back home.