A new batch of books have come in from No Starch Press and I’ve been excited for these when I first heard about them. The first book that I’ll be reviewing is Steampunk LEGO

by Guy Himber. If that name sounds familiar, may have heard of it before in the LEGO community.

Guy’s LEGO creations are very well known in the community and he even has a couple of successful Kickstarter projects like Pigs vs Cows, SKULLS!, and Munchkin Bricks. Guy also has an extensive background with special makeup effects and animatronics in many feature films such as Independence Day, Alien 3, and the Underworld trilogy.

Steampunk LEGO is a hardback book filled with 200 fully-colored pages and it retails for $29.95. 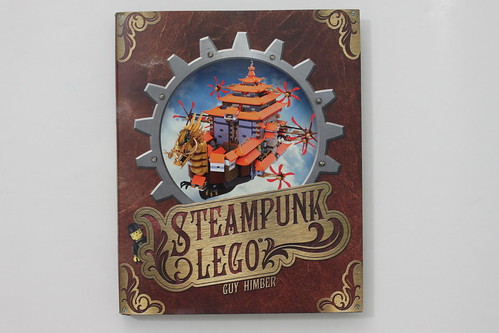 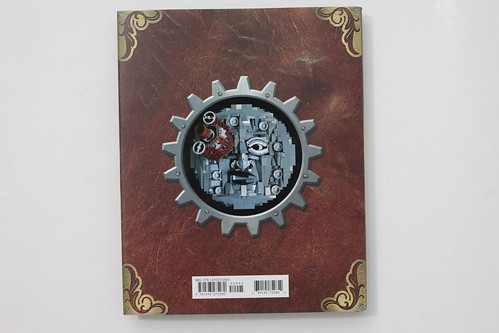 The first thing that you admire is the very nice cover of The Golden Empress by V&A Steamworks (Guy Himber). The cover is actually a jacket that is designed by Sylvain Amacher (https://www.facebook.com/captainsmog). The back of the jacket shows an image of Guy’s HMS Moondreams’s Voyage to the Moon. The book itself is a blue hardback with “Steampunk LEGO” embossed on the front and on the spine. With or without the book jacket, it’s great to show off either way. The pages of the book itself has this old-school feel to it. It’s hard to say how it feels like but it’s glossy but has a certain texture to it that makes it feel old. I’m not sure if all the books are like that or just mine, not that I’m complaining. 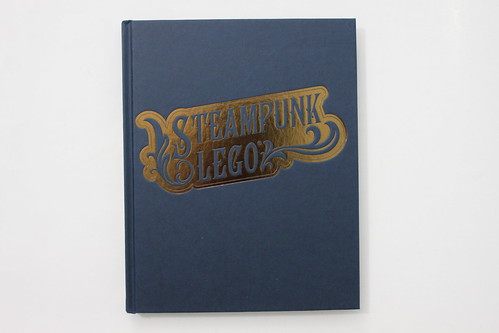 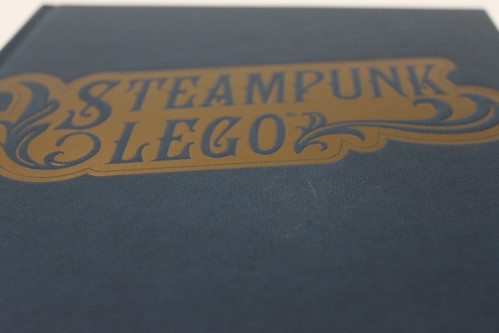 Steampunk LEGO is separated into 12 different chapters categorized by the type of Steampunk build such as “Robots and Automatons,” “Armaments and Sundries,” and “Airships and Dirigibles.” The first chapter talks about what the Steampunk genre really is. Simply, it is “a creative genre that imagines an alternate history of 19th-century technology.”

The book takes you along with fictional explorer Sir Herbert Jobson and Lieutenant V.P. Penfold as they travel around the world, aka LEGO community, while cataloging the different Steampunk builds for Queen Victoria. Each build gets a short description of what they are and the story behind it. 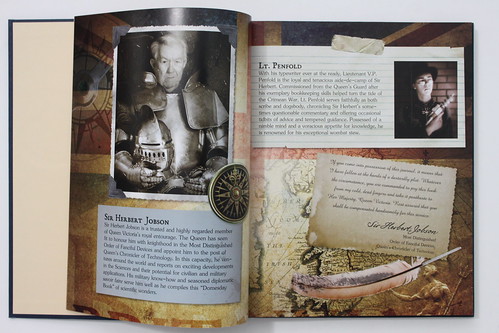 Rolling Stock is a chapter dedicated to LEGO builds that are centered towards steam-powered trains built by various artists like Pascal Schmidt and Beau Donnan. 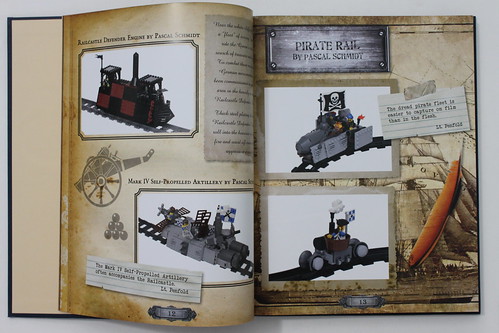 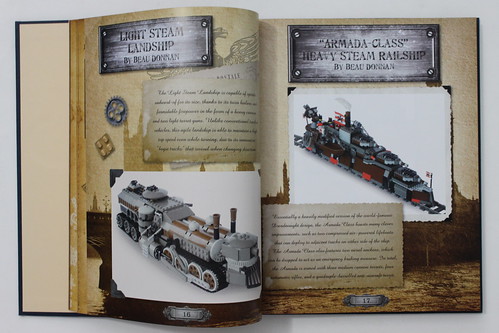 The next chapter called Monowheels and Penny-Farthings takes a look at vehicular builds that only have one wheel or penny-farthings. Just by looking at these, you can see that even though the vehicles have three or less wheels, transportation is no problem. 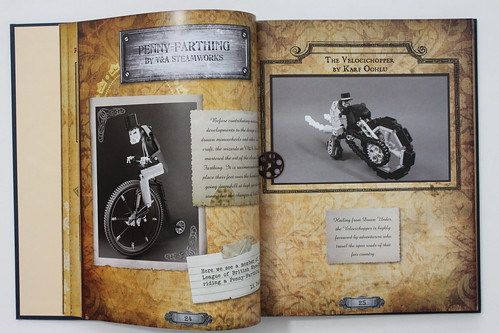 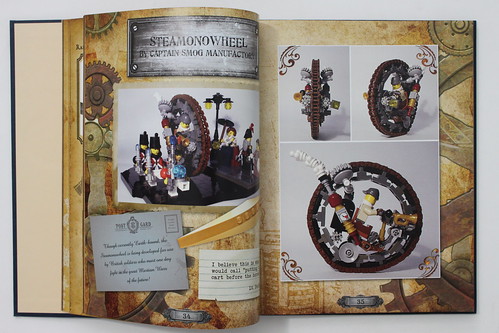 The following chapter, Horseless Carriages, features types of transportation that aren’t pulled by horses. Some of these builds include steam-powered tanks and walkers. One notable build is the Crawler Town by Dave Degobbi. 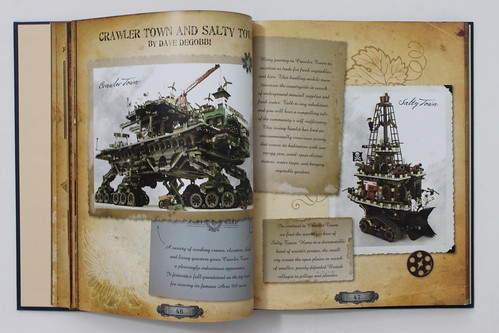 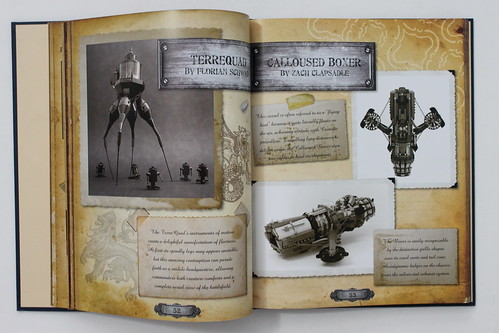 Robots and Automatons are pretty much what it says. Sir Herbert Jobson now takes time to check out some of the bipedal builds that are in the Steampunk genre. 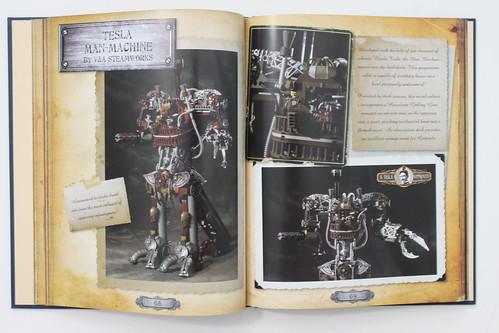 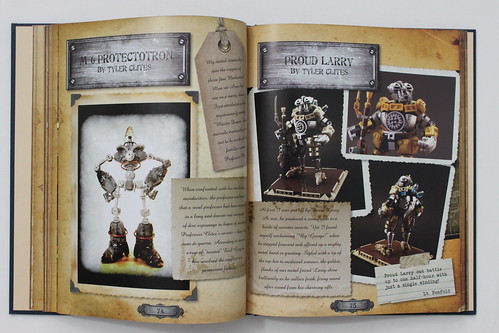 Halfway into Steampunk LEGO, we now take a look into Arnaments and Sundries. There are a number of weapons as well as utility items that are presented. Fellow SandLUG member Matt Armstrong’s (Monsterbrick) builds are heavily represented in this chapter. They’re so realistic that you wouldn’t even recognize that they were created with LEGO bricks if you were far away. 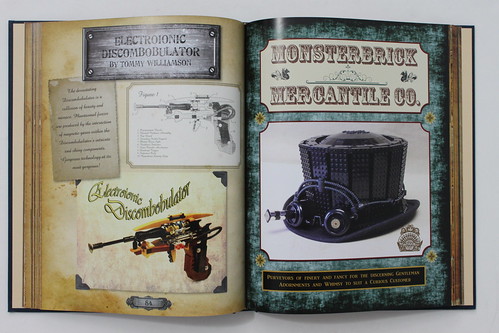 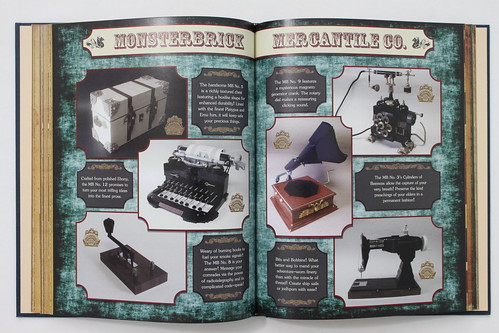 Cabinet of Curiosities is a chapter that takes a look into smaller type builds that you may find on a cabinet shelf at that time. Although they are small, you can easily recogonize what the builds represent. 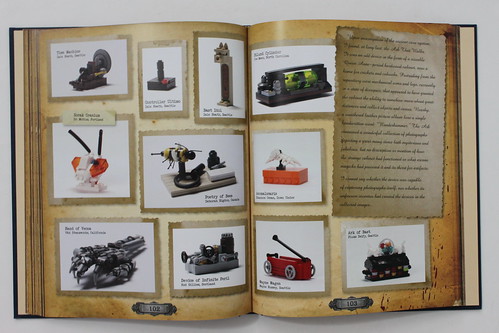 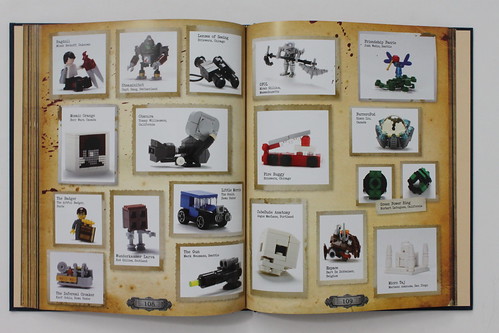 The Seven Seas chapter takes a look at nautical builds ranging from ships to subs. If you’re into vehicles in the open seas, then this chapter is for you. 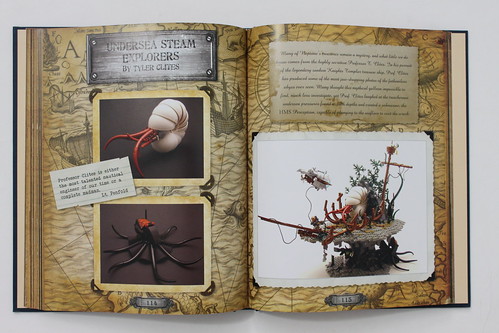 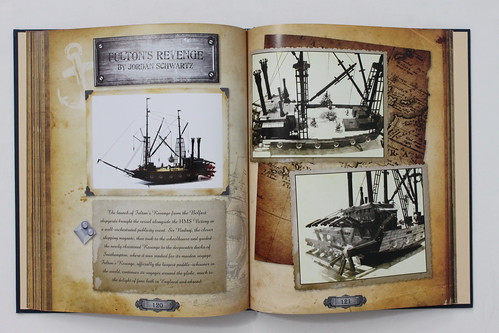 Airships and Dirigibles is one of the larger chapters in Steampunk LEGO and it takes a look at some of the best Steampunk flying machine builds the community has to offer. 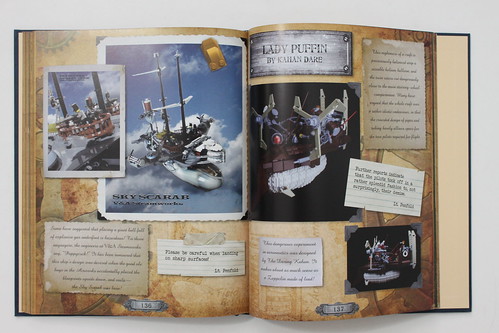 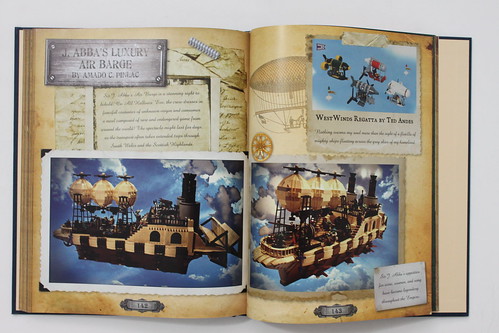 Clockwork Beasties explores the various creatures that have been built. Some represent actual creatures in a Steampunky way while others are fantasy driven. 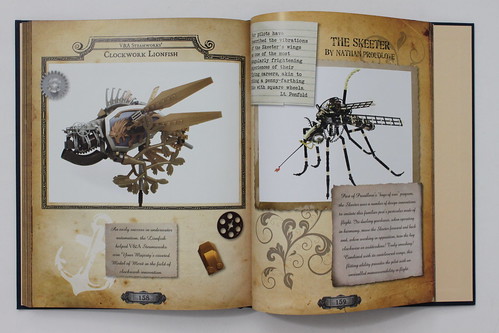 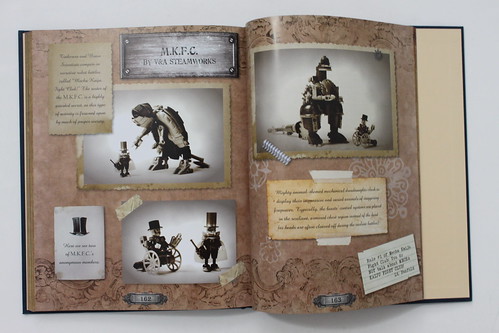 In the second to last chapter, we have Floating Rocks. This is a chapter dedicated to buildings that float on giant rocks. 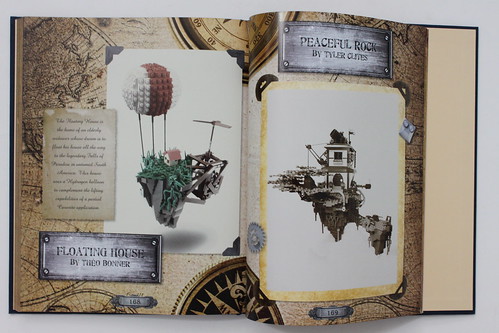 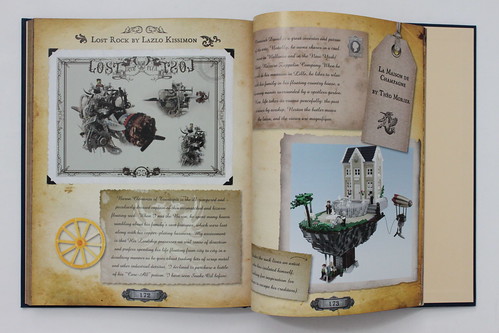 The final chapter is Space! This chapter shows some builds that fly in space. Most of the builds are from the Star Wars Universe like the X-Ray Fighter which is build in the style of the X-Wing and a Millennium Falcon with a very Steampunk twist. There are also some original spacecrafts as well in the chapter. 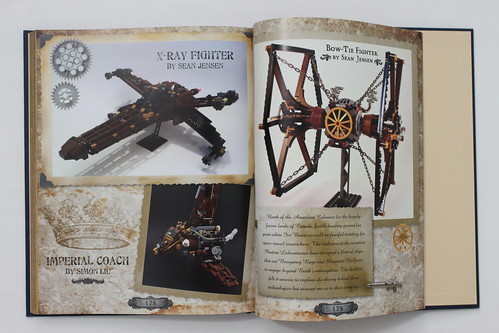 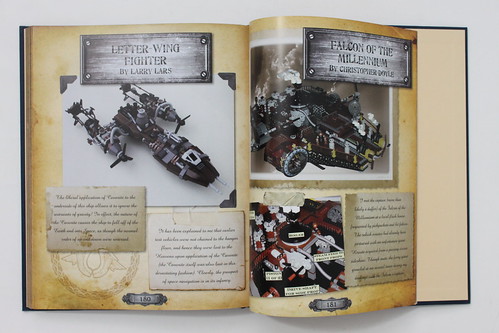 Overall, Steampunk LEGO is a very cool book by No Starch Press whether you’re a LEGO fan, a Steampunk fan, or both. Guy has put together a nice collection of some of the best Steampunk-type builds in the LEGO community. When I did a preview post of some upcoming books by No Starch, there was pretty good interest in this book from the comments I was getting. You can now pre-order Steampunk LEGO from Steampunk LEGO

or on No Starch. It will be available at the end of November. Thank you again to No Starch for sending a review copy in.