In early 2012, LEGO released the new DC Universe Super Heroes sets. One of these sets feature The Man of Steel himself and that is Superman vs Power Armor Lex (6862). The set consists of 207 pieces and retails for $19.99, which is a fantastic $0.10/piece. The box contains two unnumbered bags, one instruction book, and also a small comic book. 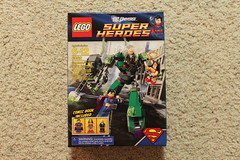 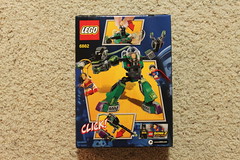 There are three minifigures with this set. Obviously, we get Superman and Lex Luthor but the odd one out of this battle is Wonder Woman.

Superman is very nicely detailed. His torso has some good detailing on both sides of the minifig. The emblem really stands out as well as his signature hair curl. He also has a double-sided head.

There’s not much to say about Lex Luthor. He’s pretty plain looking with his suit and bald head. Lex only has a one-sided face.

On the other hand, Wonder Woman looks fantastic. She’s in her classic attire and her Lasso of Truth is included as an accessory. She also has a double-sided face. Her tiara is attached to her hairpiece. 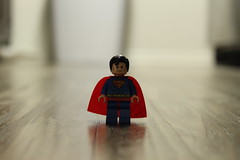 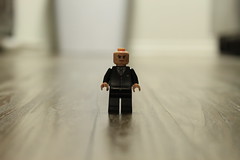 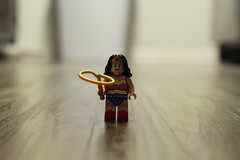 On the main part of the set, the Power Armor looks as good as it plays. It didn’t take very long to complete. The suit is essentially a mech suit powered by the powers of the kryptonite from the tube. The green and purple color scheme doesn’t look like what Lex would use but I guess the green symbolizes the kryptonite. The playabilty and posability of the Power Armor is awesome because the limbs are on ball joints so you can make him stand in many different positions. The fingers are also moveable so you can grab Wonder Woman with the left hand and the gun with the right. 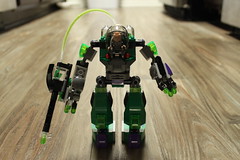 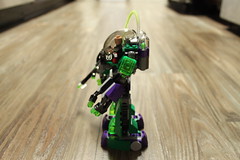 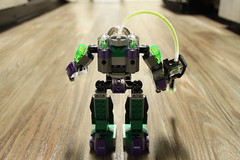 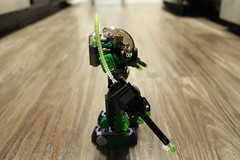 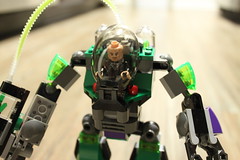 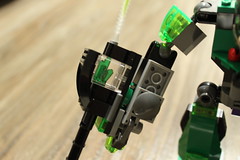 Overall, I liking this set a lot. The lack of detailing on the Lex Luthor minifigure is totally made up with the Power Armor suit. Kids will definitely like playing with this set. One thing that kind of bugged me was that the set itself as well as the comic is inaccurate. Superman should be unable to help Wonder Woman due to the fact that he wouldn’t be able to get close to the suit because kryptonite weakens him. The comic shows him being shot at by the gun and in the next frame, he gets up and picks up a grabs a big chunk of the concrete. That doesn’t seem correct to me. Other than that, it’s not a bad set to pick up. So far, all three minifigures are exclusive to this set and that alone might sway you to pick this up. 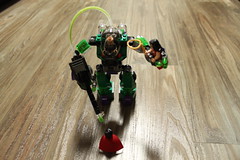